Pasticerria Andreotti has been a fixture in Rome’s Ostiense neighborhood for more than 80 years. 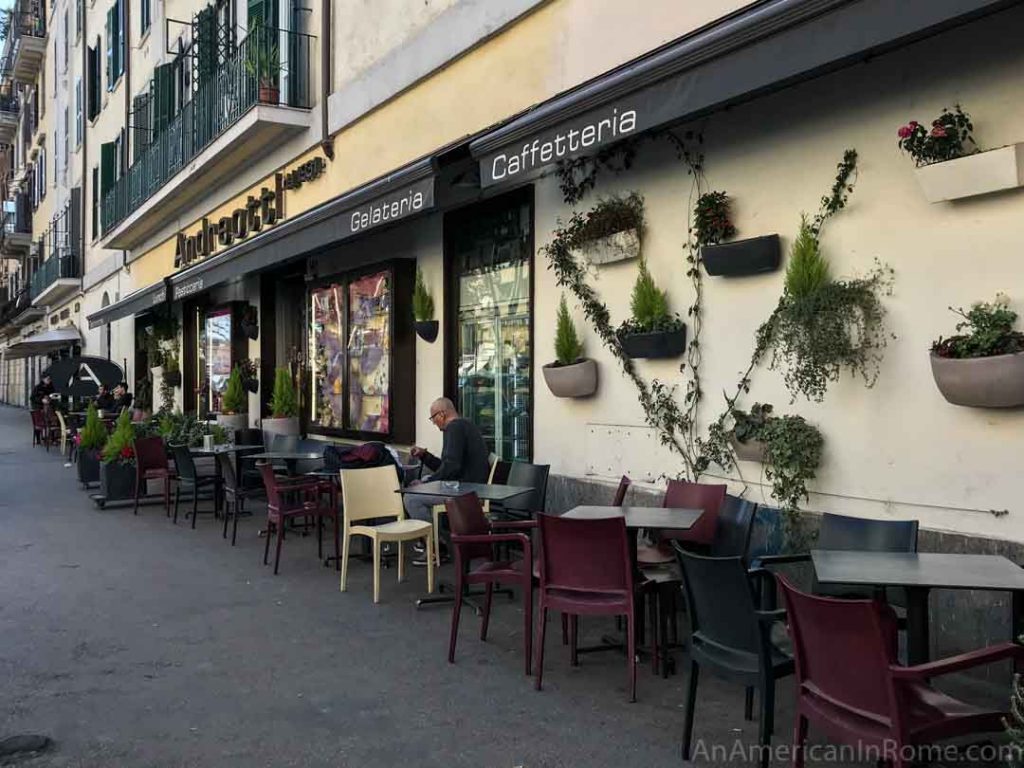 The pastry was founded in 1931 by Bruno Andreotti, who came to Rome from a small town in Tuscany near Lucca.

The pastry shop is still run by the family, and Marco (Bruno’s grandson) told me that the most famous desserts are the torta di frutta, Torta la cioccolato “africano”, Mimosa al Tiramisù, and Mont Blanc. 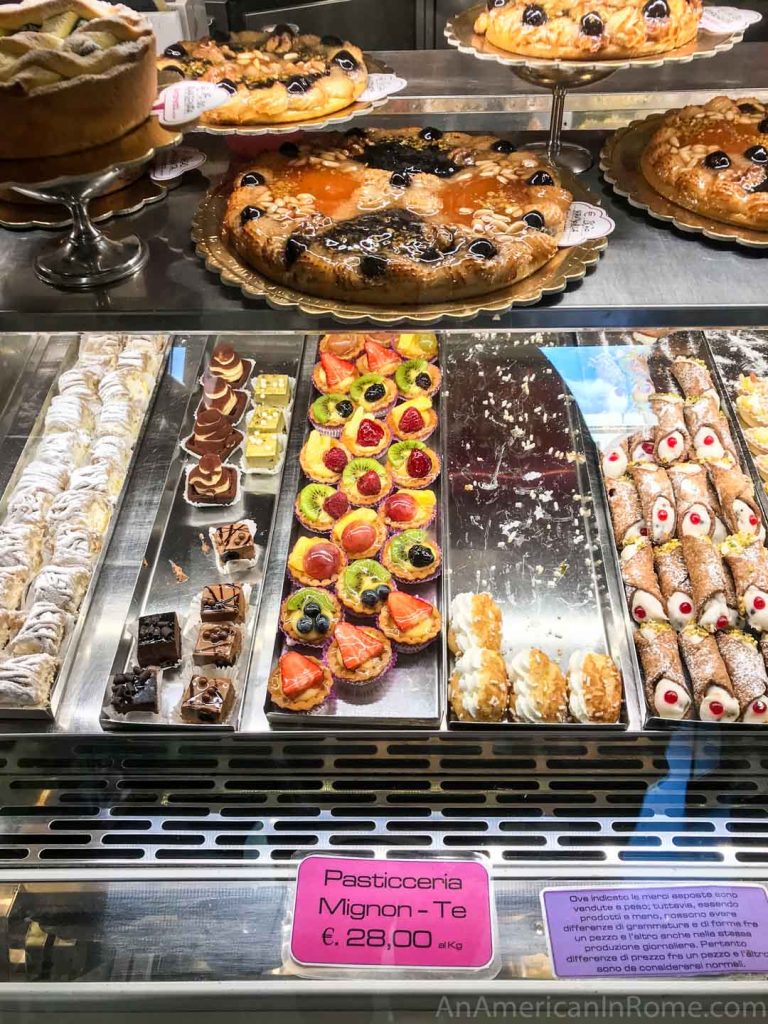 I will add that they are also well known for their bignè di San Giuseppe – a sweet that is eaten in Rome in March for Italian Father’s Day, as well as maritozzi. 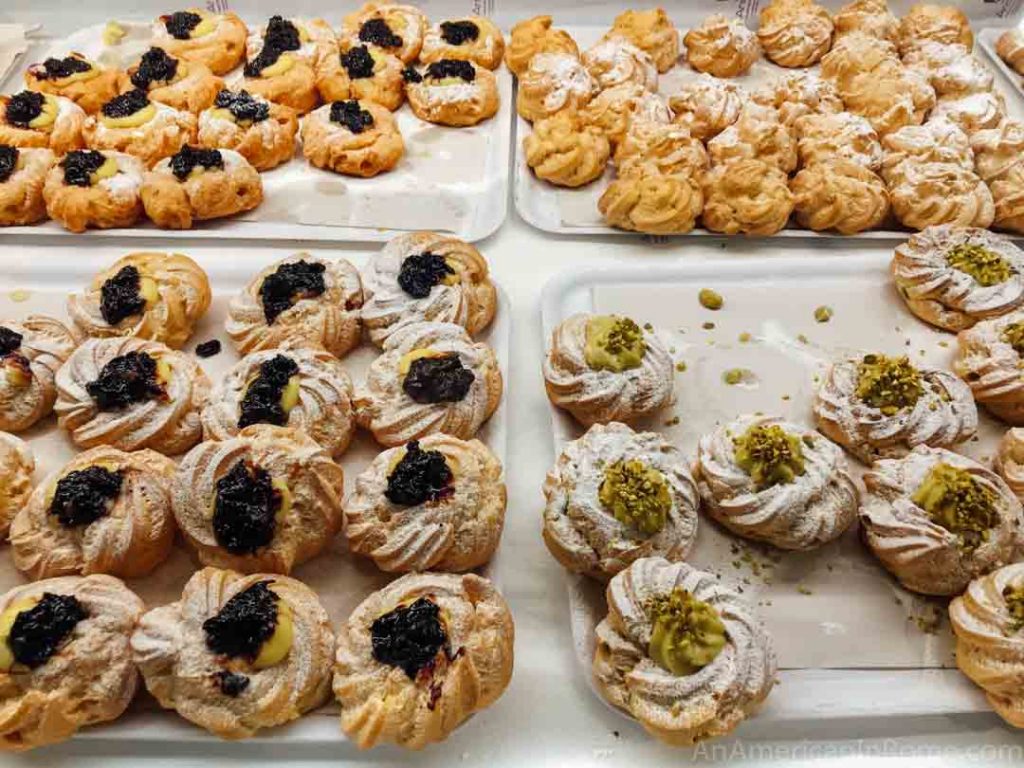 As the neighborhood changed, Andreotti modernized its decor and expanded some of its offerings to sell coffee and wine, but make no mistake – this is truly a historic bakery. 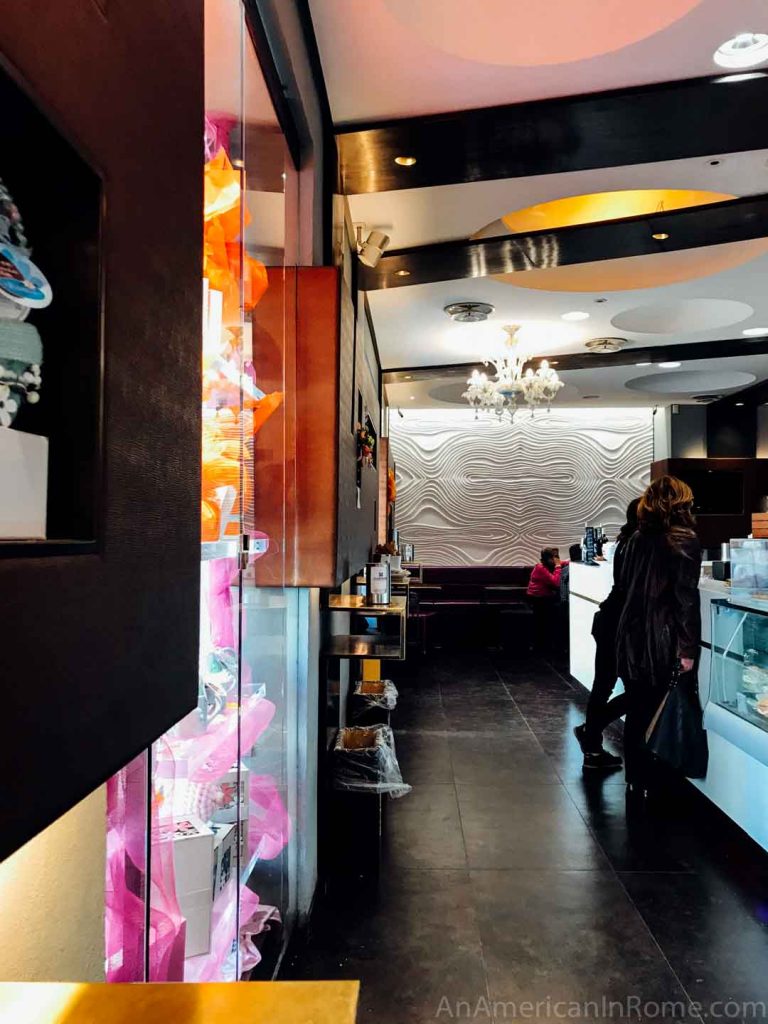 The bakery has survived the major events that impacted the area – including the allied bombing in 1943 which damaged the building where the pastry shop is located. Marco explained to me that there was also a gas explosion in 1986 (the pasticerria is just down the street from the gasometro), and then the area’s main market closed down in 2000. With each event, the neighborhood seemed to become poorer and poorer.

But the Andreotti bakery has endured thanks to its excellent pastries as well as its role in the community. Even in the period of rationing after World War II, the shop was able to keep baking thanks to Bruno’s Tuscan connections. When wheat flour wasn’t available, he was able to find chestnut and chickpea flour for bread. 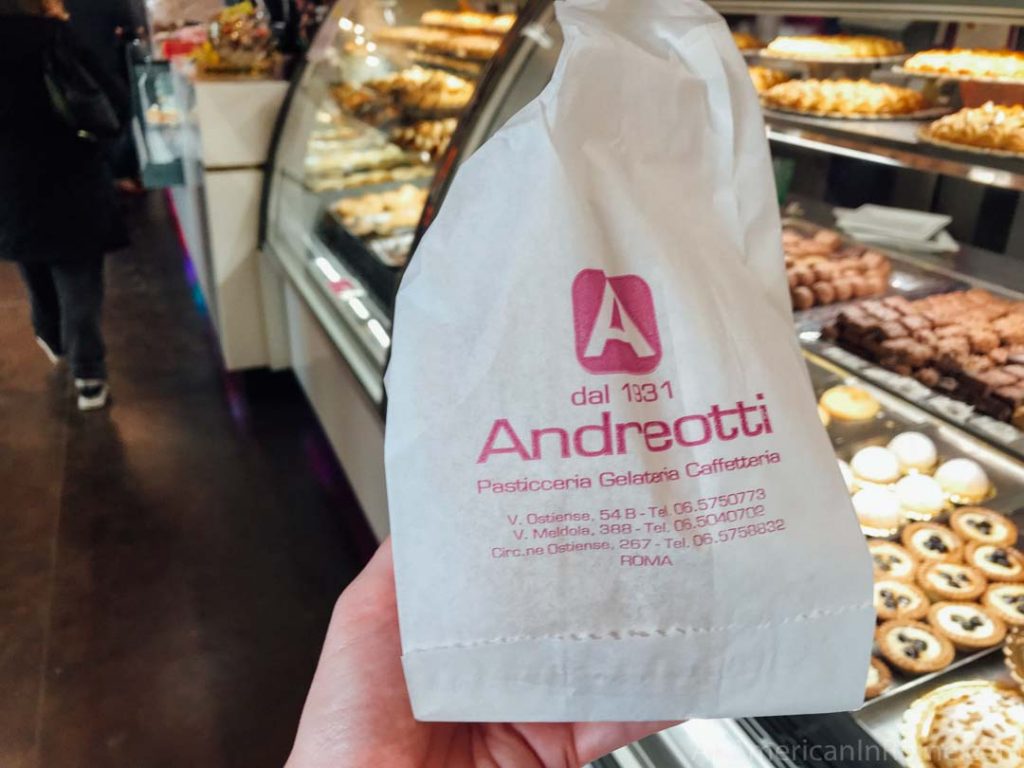 I can never resist stopping in when I am in the Ostiense area. Even though the family has Tuscan roots, it is a Roman institution.

And it is a great spot for aperitivo! The generous pours and huge aperi-cena spread (small sandwiches, pizzette, and more!) are fun and filling for happy hour. Most drinks come in at €8, and the food is complementary.

I really want to say thank you to Marco Andreotti for taking the time to share so much about his family’s bakery! I returned again and again for the pastries, but it was fantastic to hear about the history as well.

Open every day from 7 am to 10 pm (and until midnight on Friday and Saturday).

One thought on “Pasticerria Andreotti in Rome”