Puglia, the heel of Italy’s boot, is a peninsula surrounded by two seas but the defining feature you notice as the plane approaches the runway in Bari is the ocean of olive trees.

Deep green and tinged with silver, the trees cover every available piece of land, even inching up against the airport itself. Olive oil has been an essential part of life in Puglia for thousands of years and some of the gnarled and twirling trunks that are still rooted in the ground here are hundreds of years old. 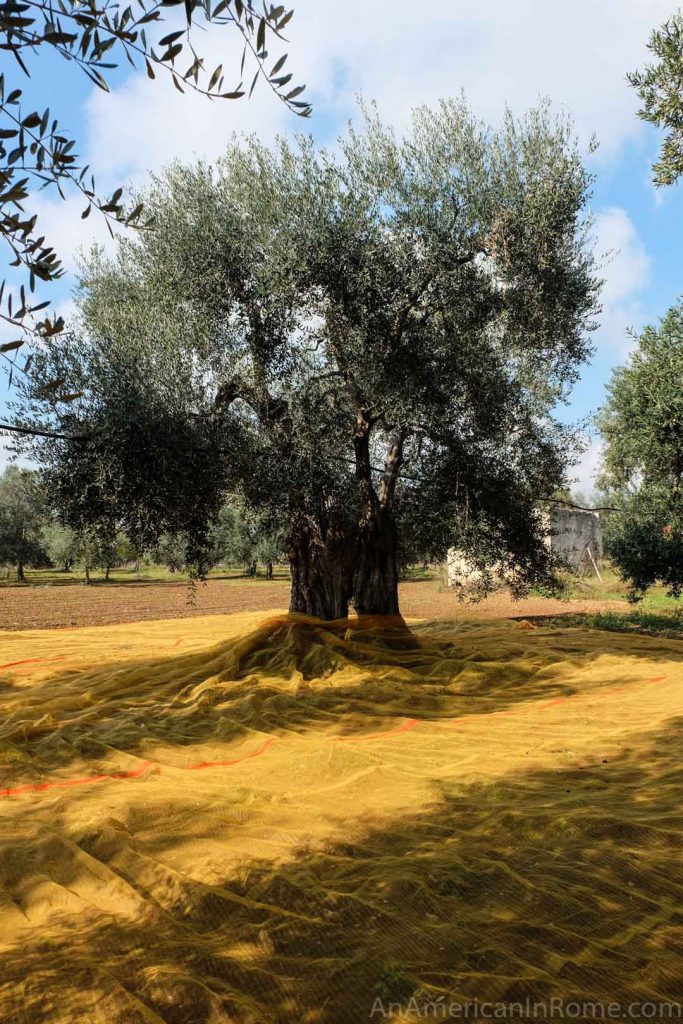 The olive oil making tradition of the De Carlo family is nearly as old as the trees themselves.

The De Carlos began making olive oil here in 1588 and purchased their first tract of land in 1611. By 1668, they had built their own olive mill (called a frantoio in Italian) and were managing the entire production chain. 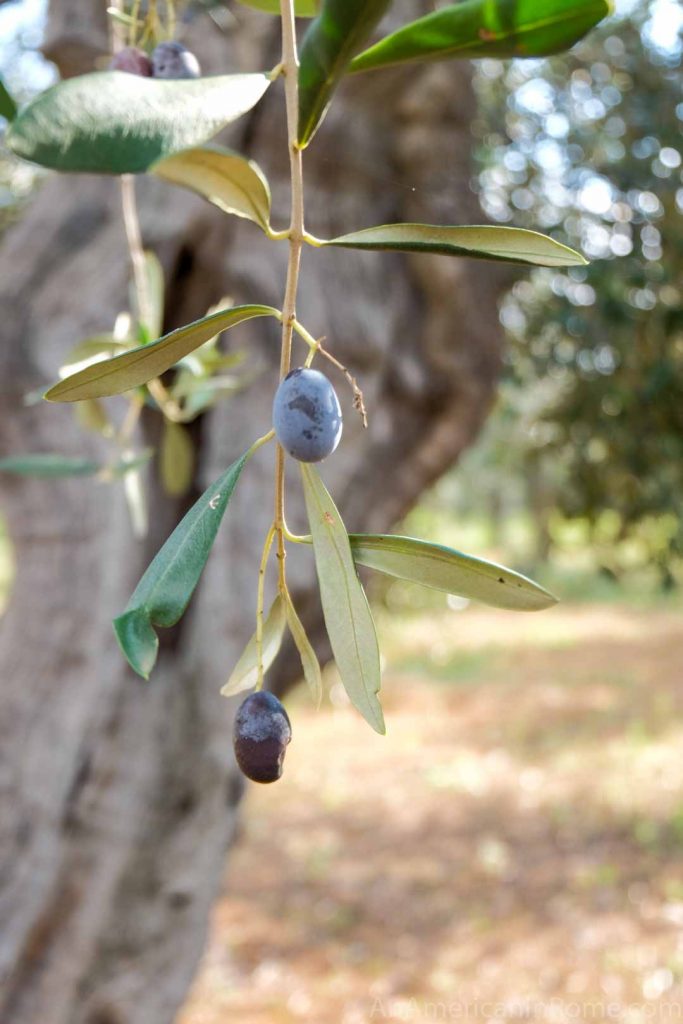 The family-run company has always been exactly that. Today, it is Saverio De Carlo who heads the operation and works alongside his wife, and their son and daughter, in order to make beautiful extra virgin olive oil. 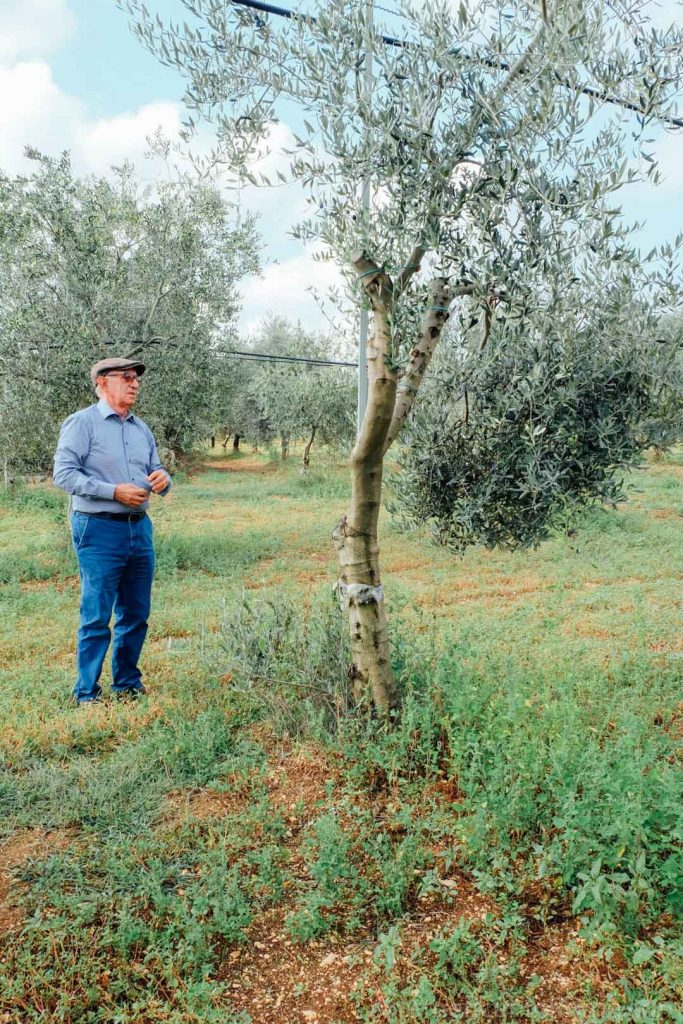 If his name rings a bell, that might be because Saverio De Carlo is featured in the opening chapter of the brilliant book Extra Virginity: The Sublime and Scandalous World of Olive Oil

. The non-fiction book is part history, part foodie tome, and part exposé on the world of Italian olive oil which I found fascinating.

Saverio De Carlo is exactly my kind of rockstar – a passionate producer who has helped his centuries-old family business grow and evolve in the face of all kinds of modern challenges. 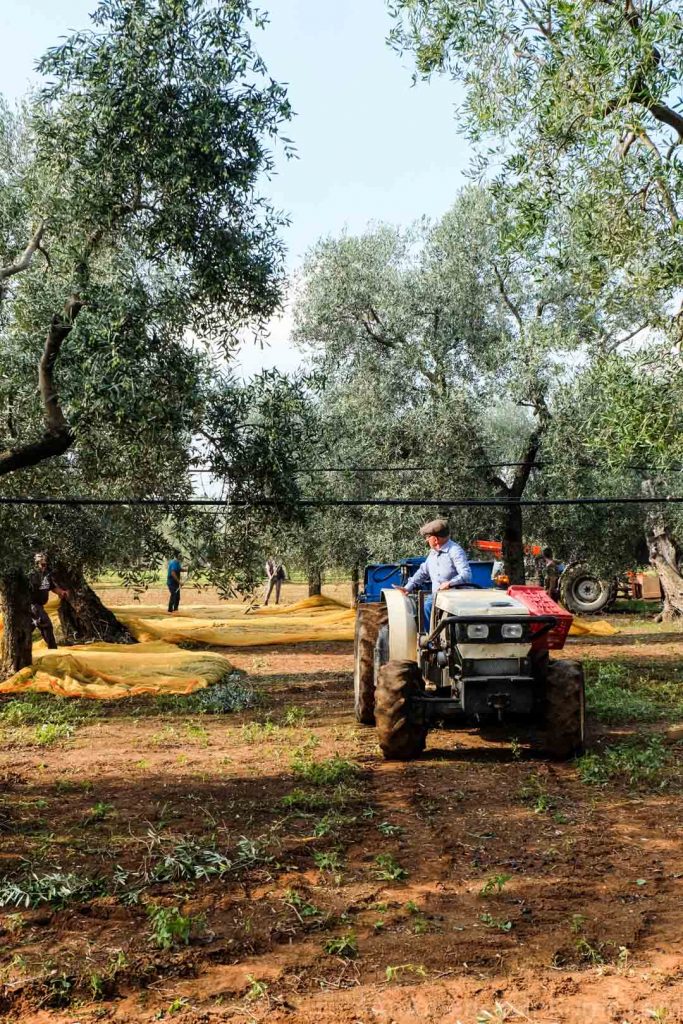 Today, the De Carlos have more than 25,000 olive trees and still press all of the oil themselves. This is critically important because the longer that olives are left to sit after the harvest, the lower the quality of the oil that can be extracted from them. Extra virgin olive oil can only be made from olives that have been pressed within 24 hours of being picked. 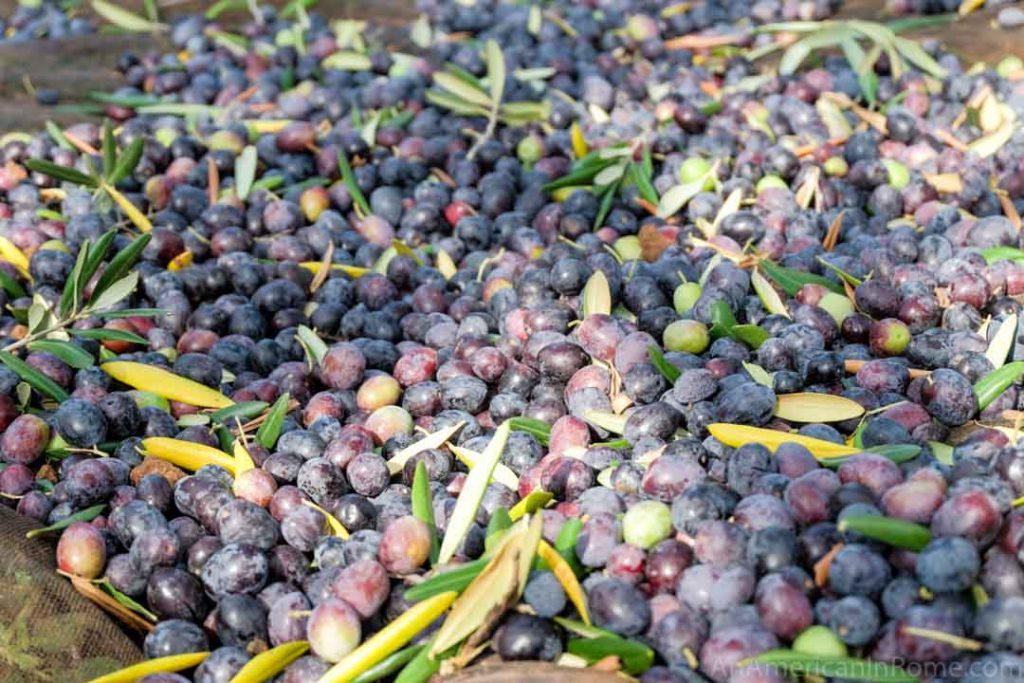 Because the De Carlos have their own frantoio, the time between harvest and actual stone-ground milling is closer to two hours. This makes a huge difference in their olive oils – a difference that you can taste. 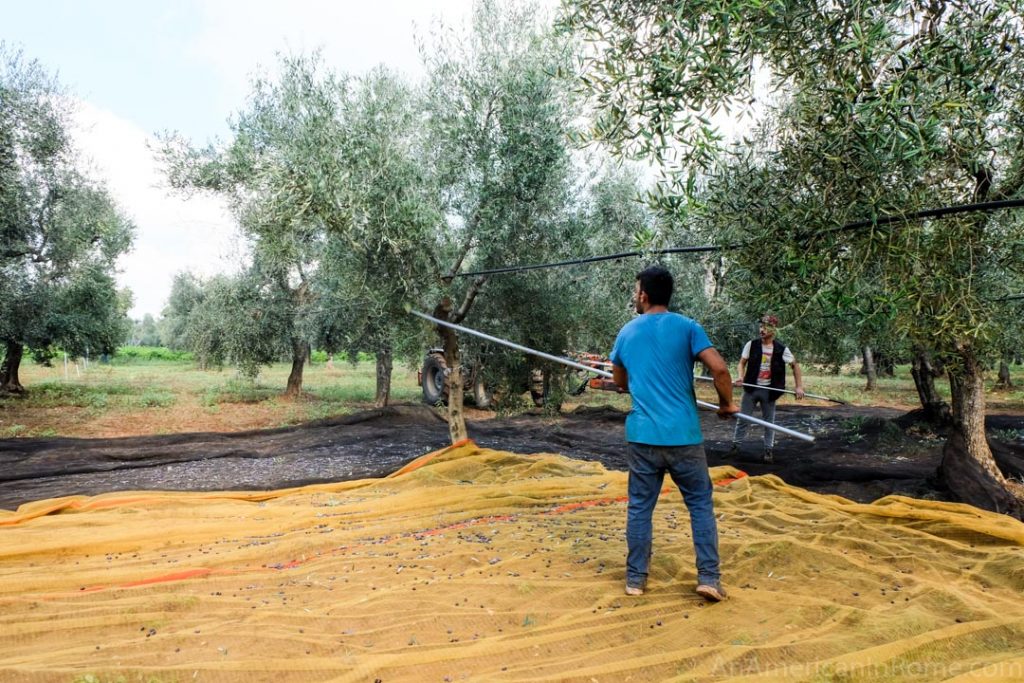 I should mention that all of those 25,000 olive trees are organic. The De Carlos have installed an award-winning drip irrigation system that is recognized for its low environmental impact. 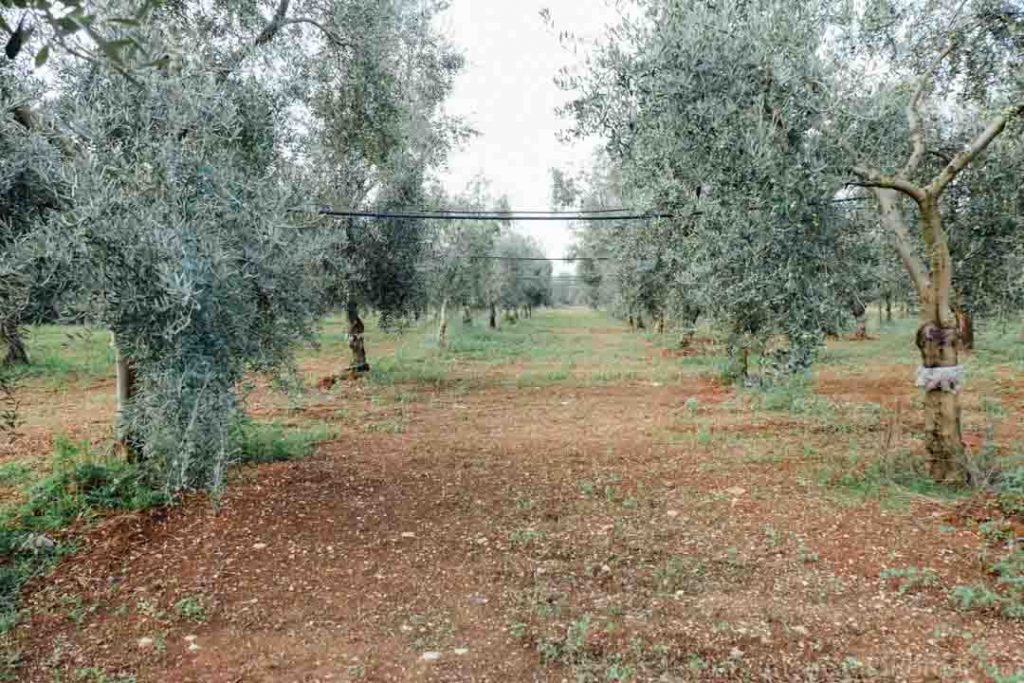 In the last 20 years, they also began growing vegetables under the trees as part of their organic farming strategy. This means that they can also produce seasonal preserves using their own olive oil. 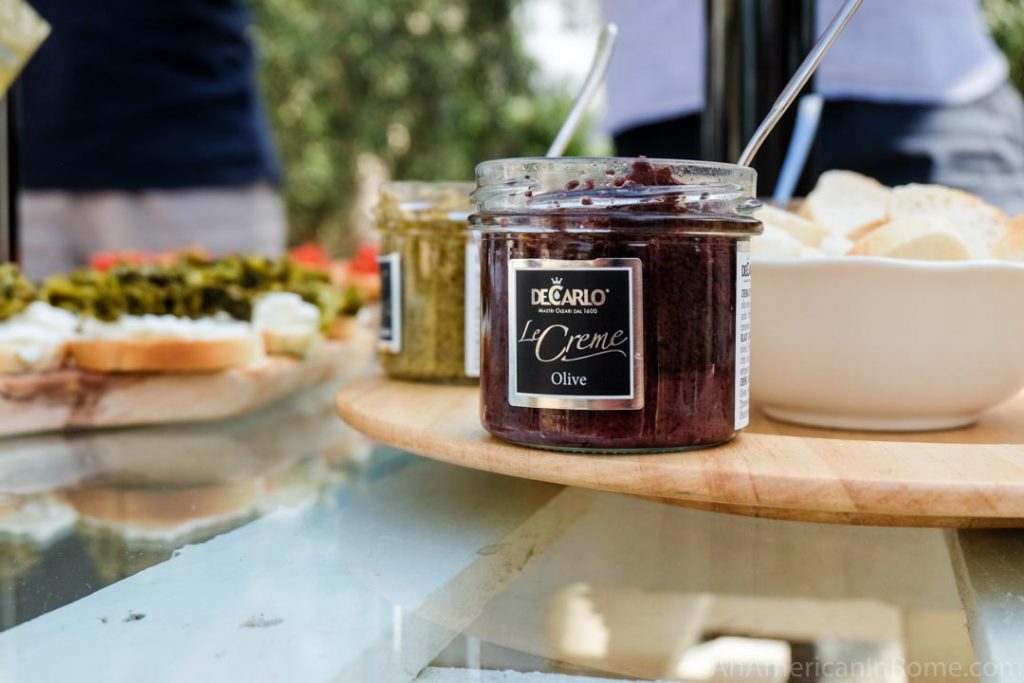 From the tiny artichoke hearts to the semi-dried tomatoes and cime di rapa (turnip-tops that are incredibly popular in Puglia), the organic vegetables and spreads are excellent.

The true star, however, is the olive oil. Real Italian extra virgin olive oil should be spicy with a pleasing bitterness. Flavorless olive oil is sure sign that it has either sat for too long, gone rancid or been doctored in some way. The De Carlo olive oil is bright with a long, peppery finish. 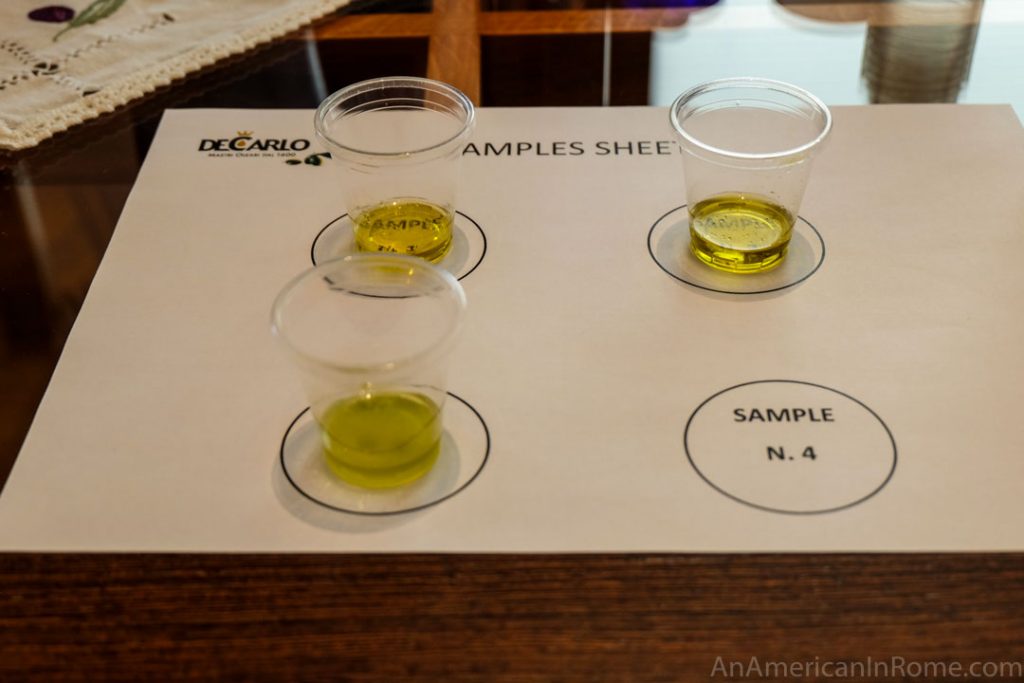 I visited in October, which is just the beginning of the raccolta (or olive harvest in Italy). That means that some of the oils we tried had mellowed slightly because they were from the season before, but they were still full of spice, almond notes and a hint of green artichoke flavors.

The De Carlo family is making olive oil the way it should be. May that continue for generation and generation to come. 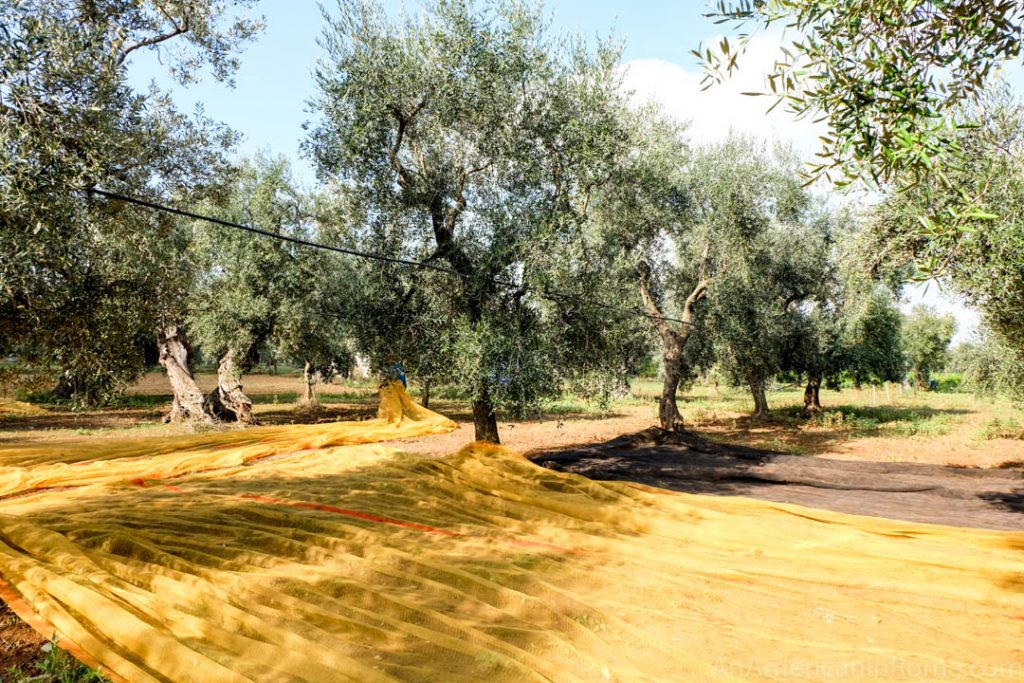 I visited the De Carlo olive groves and tasting rooms as a part of #TerroirPuglia and as a guest of Radici del Sud. However, no one tells me what to write and I purchased the olive oil on the spot because it was excellent. The book is also one that I own, have read, and highly recommend but please note that the link is an affiliate one, meaning it costs you nothing but I may earn a small commission if you decide to buy the book.

7 thoughts on “A Visit to De Carlo Olive Oil in Puglia, Italy”