When it comes to Roman food, Testaccio is without a doubt the neighborhood you want to be in.

In many ways, Testaccio gave rise to some of Rome’s most beloved culinary traditions – particularly offal based dishes known as the quinto quarto (fifth quarter).

While the neighborhood is home to many of Rome’s best traditional restaurants, it is also slowly welcoming newcomers like Za’atar. 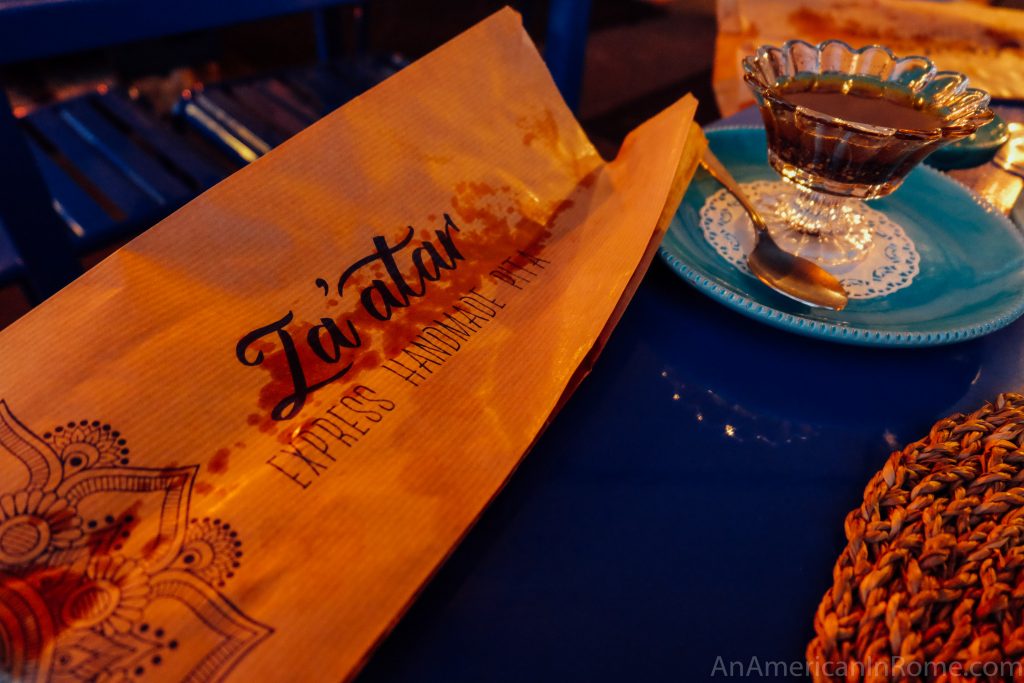 “Za’atar” refers to a mix of spices that is widely used in the Middle East, and sure enough as soon as you sit down at Za’atar Rome, you are offered fresh pita bread and some of the namesake spice blend in which to dip it.

Outside, the pretty terrace is designed to set the mood for a Middle Eastern inspired menu. 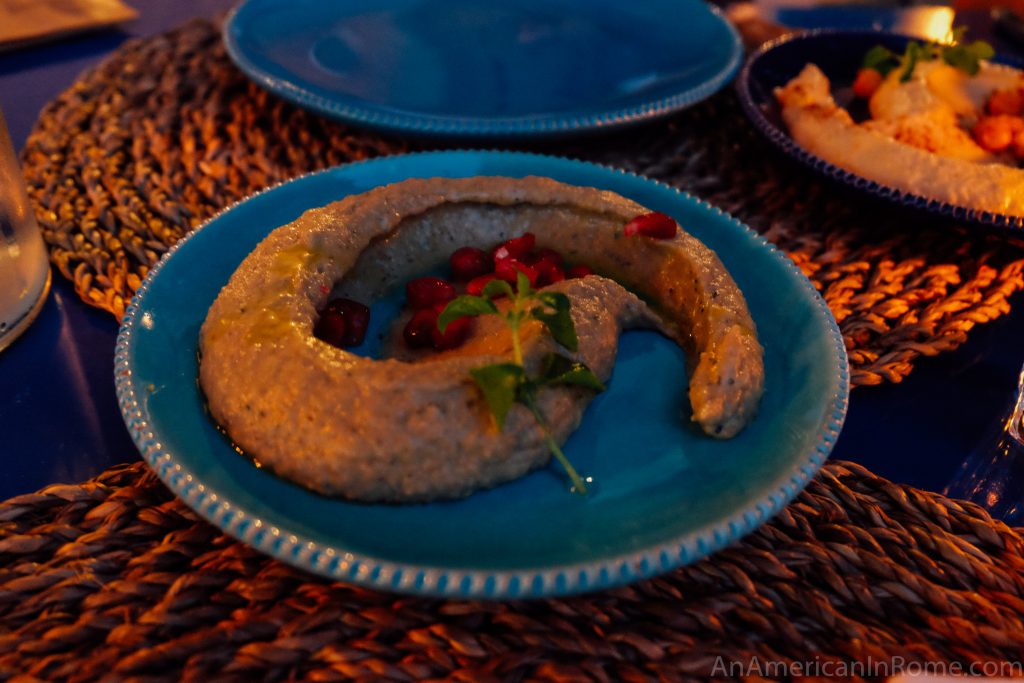 We started with baba ganoush and made our way through several different styles of hummus – all while digging into the piping hot pita.

The bread was excellent, and the traditional hummus was well made. Going out for non-Italian food in Rome can be a bit like rolling the dice, but we were pleasantly surprised by Za’atar.

Though the restaurant sits literally outside of ex-slaugherhouse, there are enough vegan and vegetarian options available to satisfy a range of tastes and dietary preferences (and I actually preferred these dishes to the chicken tagine that I tried). 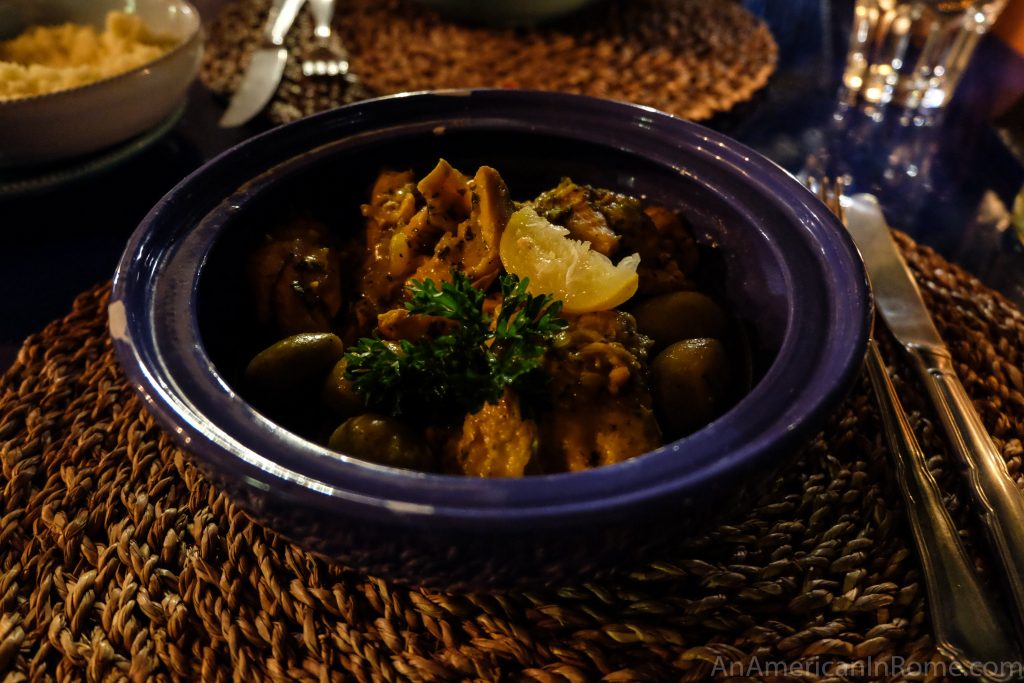 We tried Za’atar Rome while the weather was still nice and so took advantage of the patio area – but I did take a quick peek inside and the decor within the narrow dining room is gorgeous. 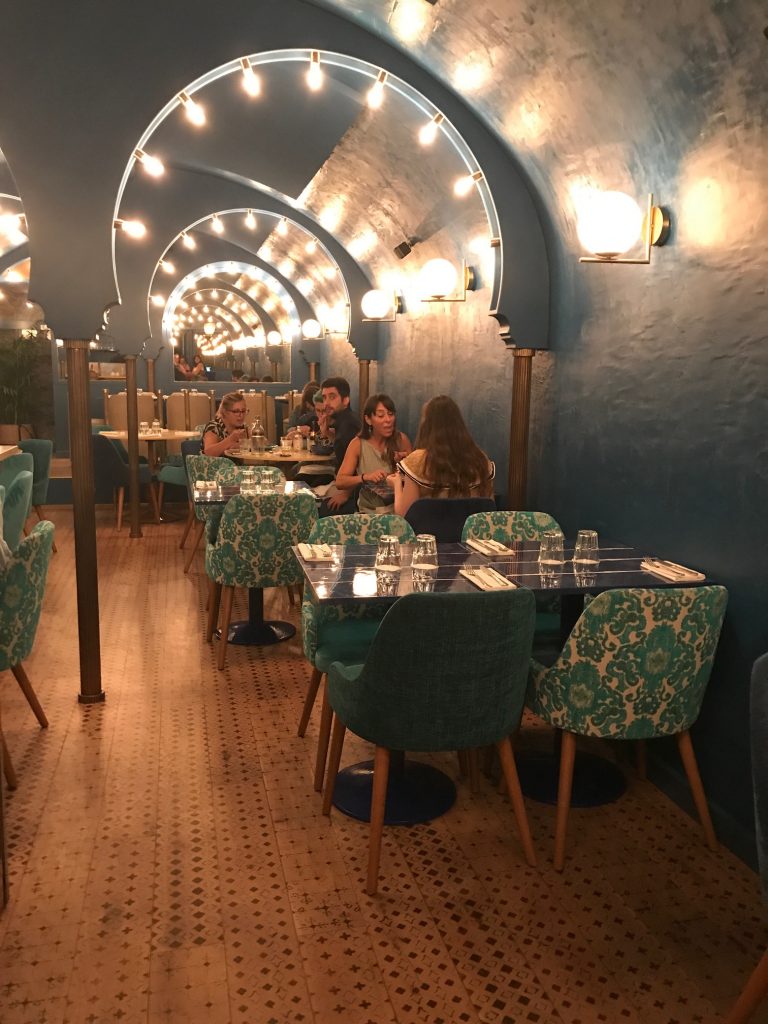 Just another excuse to go back and work our way through the mezze menu.