It was originally supposed to be a trip to celebrate his wedding, but his mistress decided at the last minute that she did not want to marry Picasso after all. So instead, Picasso came to Rome with a poet friend, Jean Cocteau.

Picasso’s trip to the Eternal City was not just to sightsee. He was invited to Rome in the first place to design the stage, curtain and costumes for a ballet production called Parade.

His work on the production latest two months… which was just enough time to meet the dancer Olga Khokhlova. Never unlucky in love for long, it was Olga who eventually became his first wife. 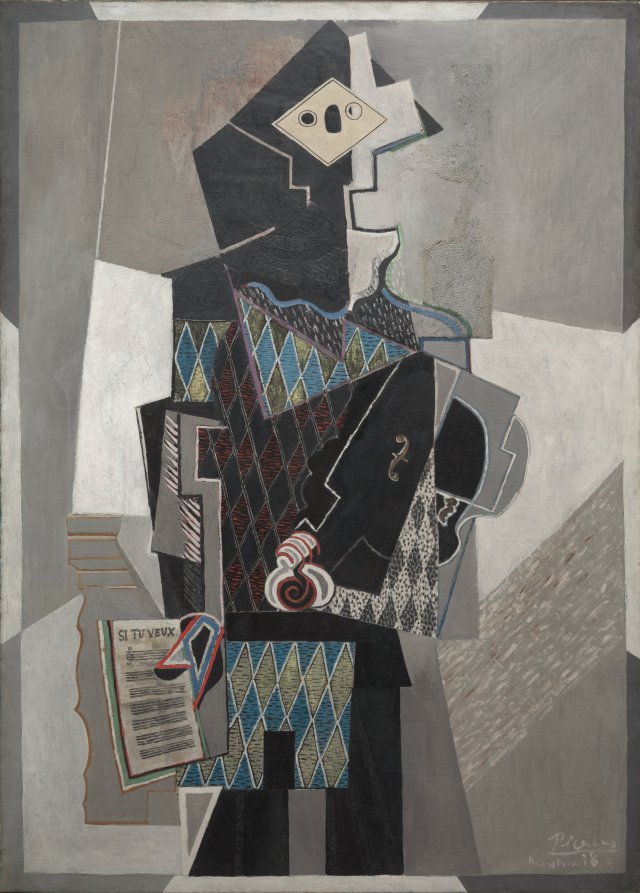 Even though Picasso was only in Rome for two months, the city had a major impact on his art in addition to his personal life. When the artist arrived in Rome, he felt like he was coming to the end of cubism – a style he had himself invented. Indeed, Picasso’s time in Rome and Naples inspired him to move on to Neo-Classicism, a much more realistic way of painting.

The time was short but important. Now there is a chance celebrate Picasso in Rome with a new exhibit called “Picasso between Cubism and Neo-Classicism: 1915-1925.” 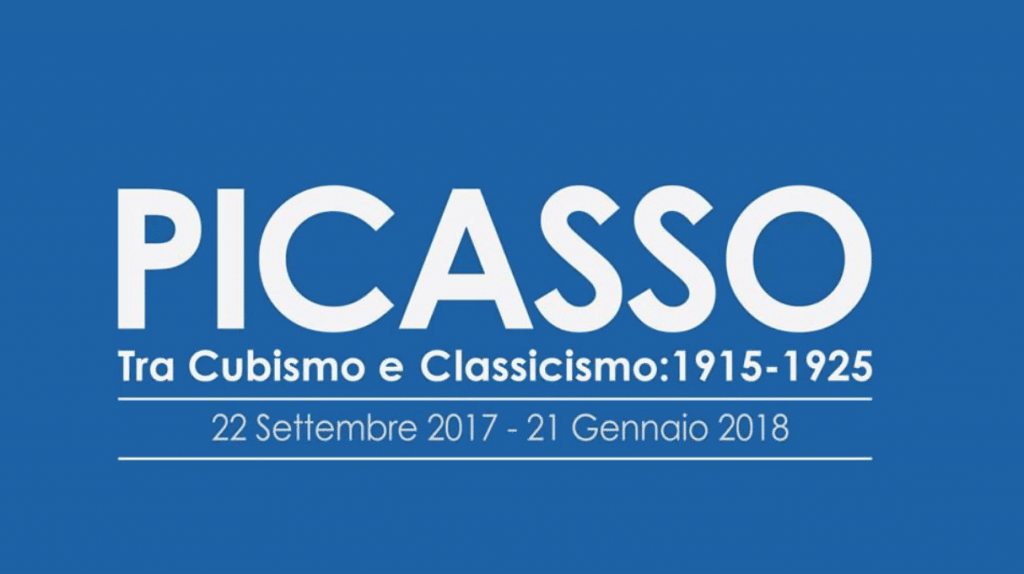 Currently running through 21 January 2018, the show of more than 100 pieces of art is being held at the exhibition space at the Scuderie del Quirinale.

Picasso became well known for his abstract paintings, but this was his last major period where his work is done in a classical, realistic style – where he still puts the eyes in the right place in his paintings. And for those who are skeptical on Picasso this show is a great example of his true craftsmanship.  (Also his draftsmanship, as one entire floor is dedicated to sketches).

I was lucky that one of my all-time favorite Picasso paintings is in the show.

“Olga in an Armchair” shows his wife seated, with her arm extended and a patterned dress cascading. Even though the painting is unfinished, some of the details – like her right hand – are perfectly completed. 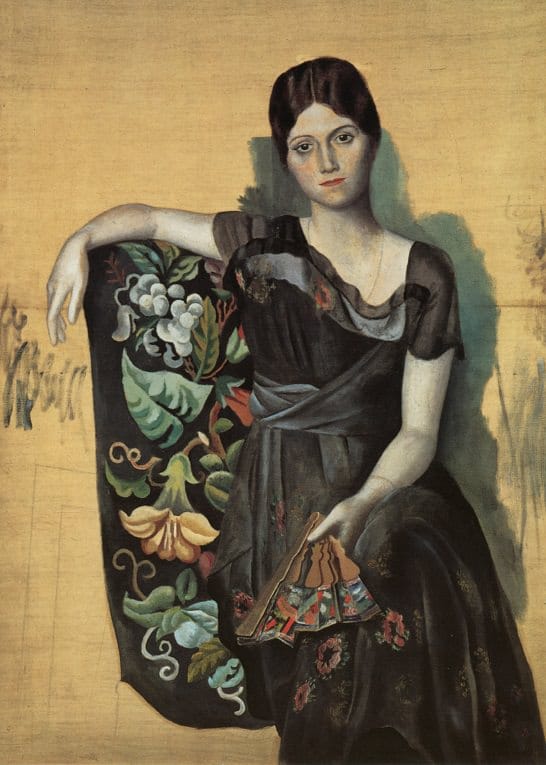 Upstairs is an example of a Picasso self-portrait that shows his concentration at capturing his own likeness, as well as the large eyes that he was famous for observing the world with. 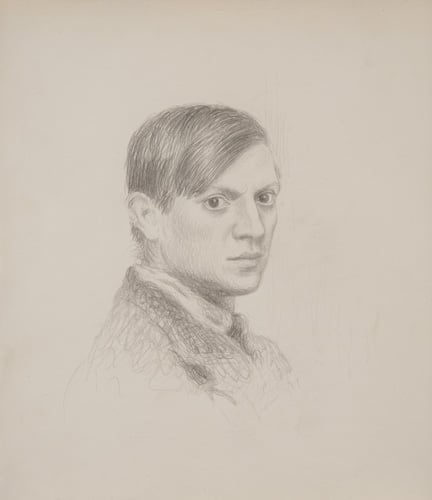 There is also a painting called the “Three Dancers,” done at the end of his neo-classic period. The abstract nudes dance across the canvas, and is a good example of the type of paintings he became later known for. 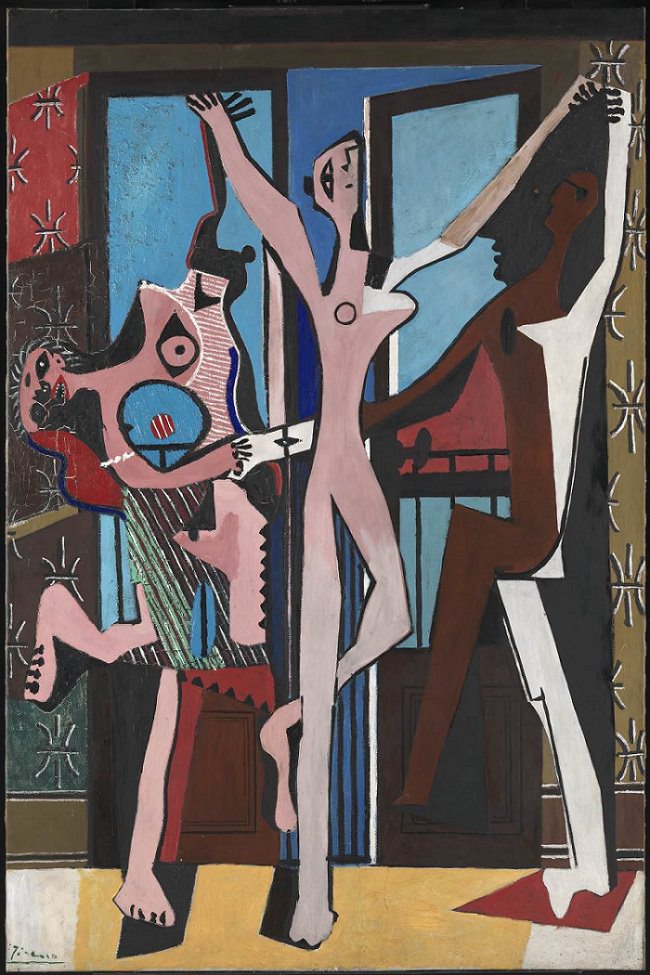 Hosted across two floors, there are an impressive number of paintings in the Rome Picasso exhibit. The show has part of the stage from the Parade production that brought Picasso to Rome, but also numerous paintings borrowed from Paris’ Pompidou Centre, The Guggenheim, The Picasso Museum in Barcelona and the Metropolitan Museum of Art in New York, Berggruen Museum in Berlin, Gallerie Nazionali d’Arte Antica in Rome

100 years after his first trip, don’t miss the chance to see Picasso in Rome before the show ends in January 2018.

This is a post by Jimmy Kennedy – the proud husband of An American in Rome. He is an Irish artist living in Rome, and you can”like” his Facebook page or view his website. More of writing on the blog can be found on the Best Irish Pubs in Rome.