I came home on a Tuesday and there were 60 people standing outside my gate.

A brief moment of panic struck me — was there a fire?? Why was everyone outside?

But there was no smell of smoke and the crowd seemed relaxed as I weaved my way through the throng and to my front door.

Looking down into the courtyard I could make out the crowd now dancing to rock music under a throbbing blue strobe light.

My neighbors peeked their heads out of their windows as I made my way back downstairs.

A MC announced that the fiancé would now take the mic. 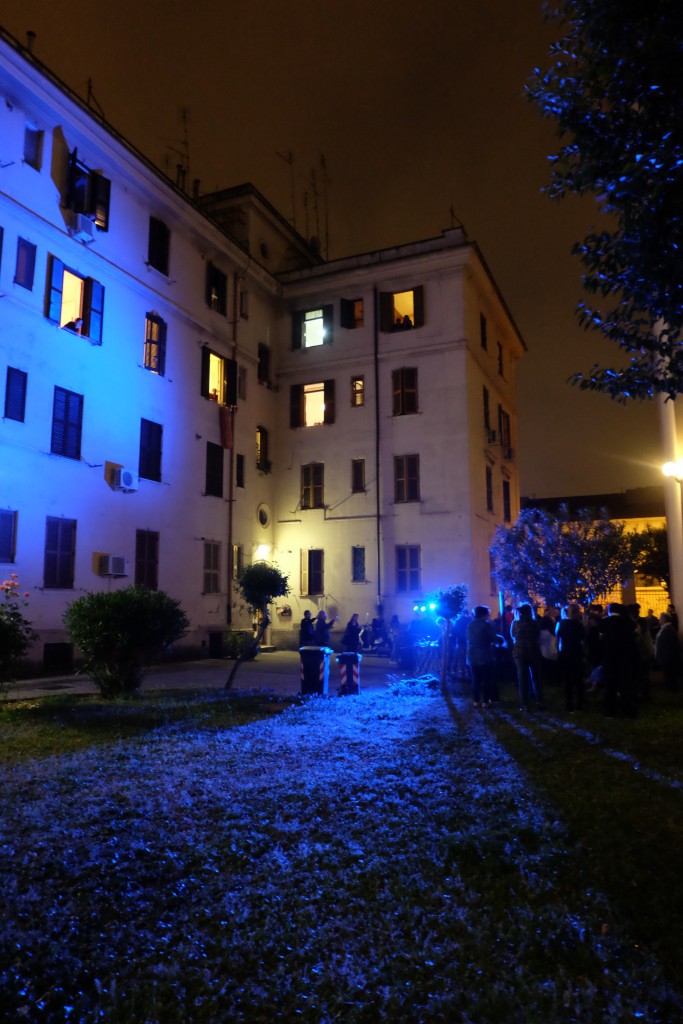 La serenata is a slightly out-dated tradition, so I was thrilled to see it alive and well in my very own front yard.

The groom arrives, in this case with 50 of his closest friends and a huge sound system, to woo his wife-to-be. The crowd sang love songs while the bride, in the third story window, called out requests. 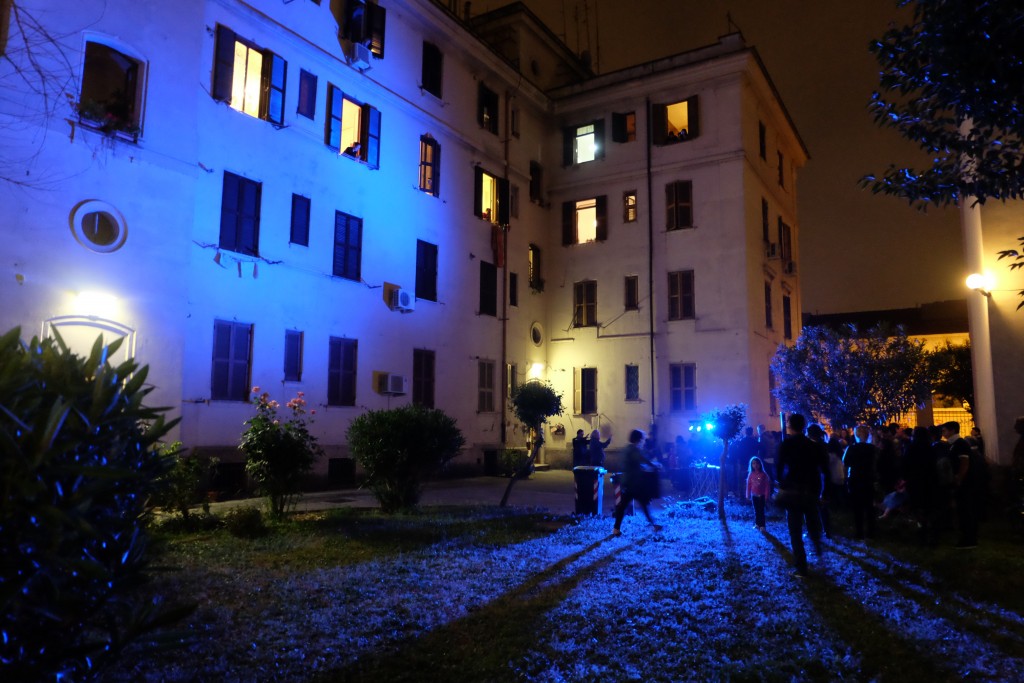 The excitement and joy for the couple was clear from the group dancing and good natured bad singing of brave friends.

The show lasted for an hour. As the sound system was rolled out, our quiet Tuesday night was restored.

On Saturday morning, I heard clapping. I walked to window in time to see the beautiful bride being escorted to a white convertible, with another (smaller) crowd cheering her on.