There are few bars in Rome that have a view of the Colosseum. Yes, there are a few gussied up (and pricey) coffee bars right on the street near the monument but they don’t have much atmosphere. For a truly special drink near the Colosseum, the only real choice is the stunning bar at Palazzo Manfredi – The Court.

I love rooftop bars in Rome because they generally have the best views in the city. However, the Court is located at street level about a three-minute walk from the Colosseum entrance. Its unbeatable view is due to the simple fact that it is completely unobstructed.

The bar at Palazzo Manfredi is outside of the main building, sitting on the edge on another archaeological site – the Ludus Magnus. The Court overlooks the ruins of the largest of Rome’s ancient gladiatorial schools. The structures all sit below our modern ground level, so you can overlook the former training area while staring straight at the Colosseum.

The best part is that the drinks are just as special as the view. Behind the bar, mixologist Matteo Zed has created a cocktail list inspired by Italy. Some of the drinks incorporate unique ingredients like white truffle butter, Roman herbs, and rare amaro liquor. Others are unforgettable versions of classics like the Spritz or Clover Club. There are some imaginative non-alcoholic drinks on the list as well. 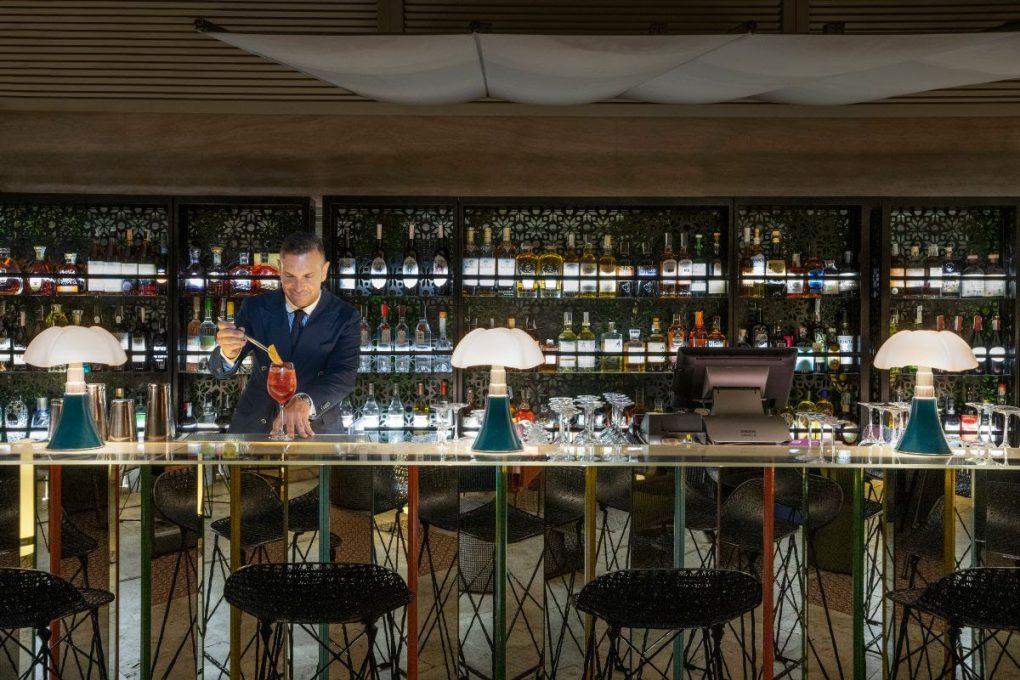 Another plus in our weird post-COVID world is that the seating is all outdoors. The bar was closed during Italy’s lockdown and reopened May 28th with social distancing measures in place. The elegance of the space has been maintained to ensure that nothing has been sacrificed while the security for everyone has increased. 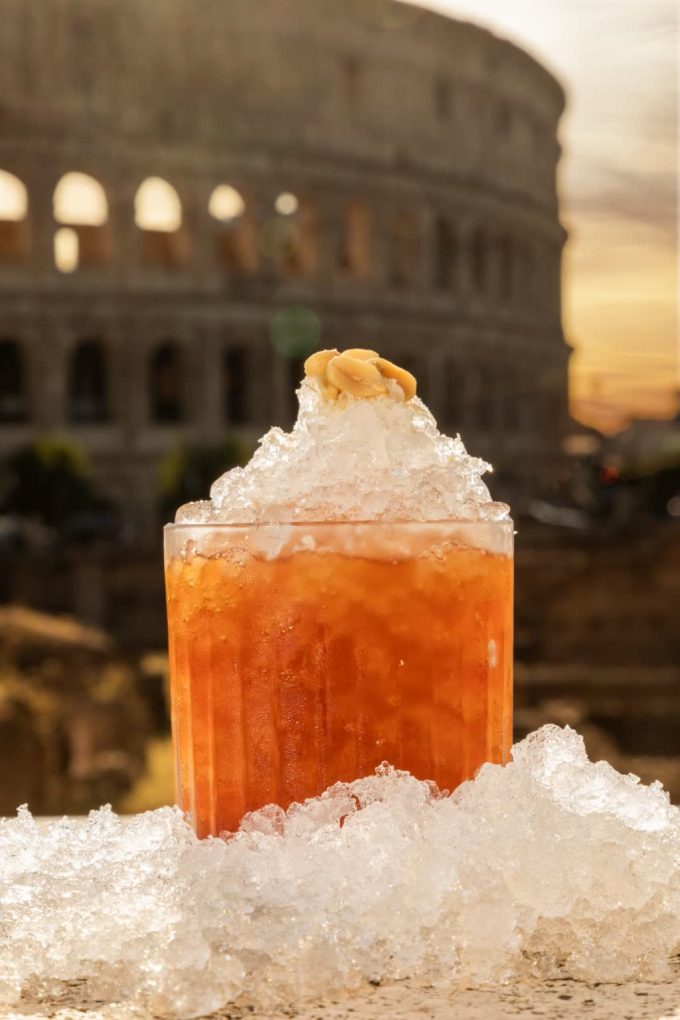 With the million-dollar view, refined setting, and €20 drinks, this is not a bar to wander into with shorts and tennis shoes. Expect a chic dress code but there is no need to go over the top unless you are in the mood to really dress up.

The Court is just one more example of why Palazzo Manfredi is one of the most romantic hotels in Rome. For an even more spectacular night, book a table at Aroma, the Michelin-starred restaurant on the top floor of the hotel.

Open Every day from sunset to 2 a.m.

5 thoughts on “The Court: Cocktail Bar with Colosseum View”