When it comes to superstitions to ward off bad luck and bring all the good luck, Italians are a pretty creative bunch. There are charms, hand gestures, sayings and actions that are all intended to bring good luck in Italy. Many of the superstitions come from the south, but you can find good luck symbols and myths wherever you look along the so-called boot.

It feels like the start of a new decade is the perfect time to gather all the luck we can as we look to the future. So even if you don’t believe in Italian superstitions, it is still fun to have a look at the lucky charms meant to bring love and fortune.

In Italian, you wish someone good luck by exclaiming: “In bocca al lupo “(Into the mouth of the wolf!)

To which they should reply: “Crepi il lupo!” (Die, wolf!)

It is a bit more common than simply wishing someone buona fortuna (good luck), and a bit more fun.

Here are the best ways to bring good luck in Italy.

Probably the most popular symbol of good luck in all of Italy is the horn. You can find the red horn dangling on keychains and rearview mirrors, buy them as fridge magnets or even get yourself a refined little silver charm necklace to ward off the evil eye. You will find these little trinkets being sold everywhere in Naples, though they are fairly common throughout the country. The red horn, which resembles a hot pepper, but the twisted talisman is meant to represent a phallus. The strength and fertility associated with the symbol are associated with good luck. 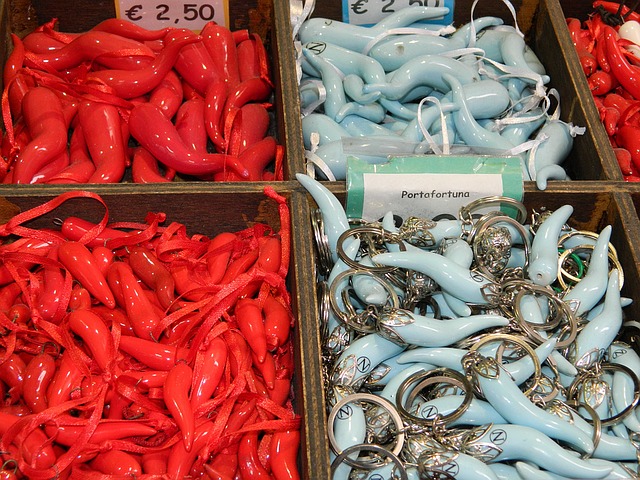 In Italy, the cornetto is both a red charm and a hand gesture. The charm and the gesture, which is made by pointing your hand down while holding up your pinky and index finger in a kind of upside-down “rock on” symbol. It’s meant to keep evil away if you happen to cross paths with a black cat or other symbols of bad luck. If you’re of the male persuasion, grabbing your crotch works just as well, but not might be as subtle. For more on interpreting Italian hand gestures, I absolutely love this book. 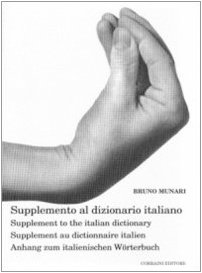 Being hit with bird poop might not seem like an ideal way to start your day, but Italians believe that bird poop is a great symbol of good luck. If you’ve been hit by bird poop, you have been singled out! It’s time to go buy a lottery ticket. The idea that the bird bomb brings good luck might at least brighten your day when you try to clean up the mess in your hair.

Maybe it is their lucky red color, or perhaps the superstition has deeper links to the church – with the spots representing the seven sorrows of the Virgin Mary. Whatever the reason, ladybugs are often considered to bring good fortune in Italy.

If you are moving into a new house, particularly if you are newlyweds, a broom makes an ideal gift. The new broom is a way to sweep away any old bad luck and bring only good things to those who are moving in. (But don’t ever sweep the feet of someone who is unmarried or they will never be ‘swept off’ their feet, so to speak, and will remain single forever).

If you are planning to gamble, the number 13 is considered especially lucky in Italy. It is the number 17 that brings bad luck.

In some parts of Italy, finding a rusty nail is considered good luck. Make sure you always keep it close if you want to be sure of good fortune.

In ancient times, many herbs were thought to bring good luck as well. Laurel was a protective herb (and it is still worn by recent graduates in the form of a crown). Basil, on the other hand, was the best way to ward off poverty.

As in many other cultures, horseshoes are also considered good luck in Italy. The symbol is most popular in Lazio and other southern regions, where a horseshoe nailed to the door, facing upwards, is thought to bring good fortune.

Celebrating New Year’s in Italy? Well, be sure to eat lentils right before midnight. The tiny pulses are thought to resemble coins, which means that they will bring wealth to all those who consume them on the eve of the new year. Red underwear functions in much the same way – but throw them out the next day if you want to be sure to keep the luck in the new year. Here are more New Year’s traditions in Italy to get started on the right foot.

Do you know of any other ways to bring good luck in Italy? 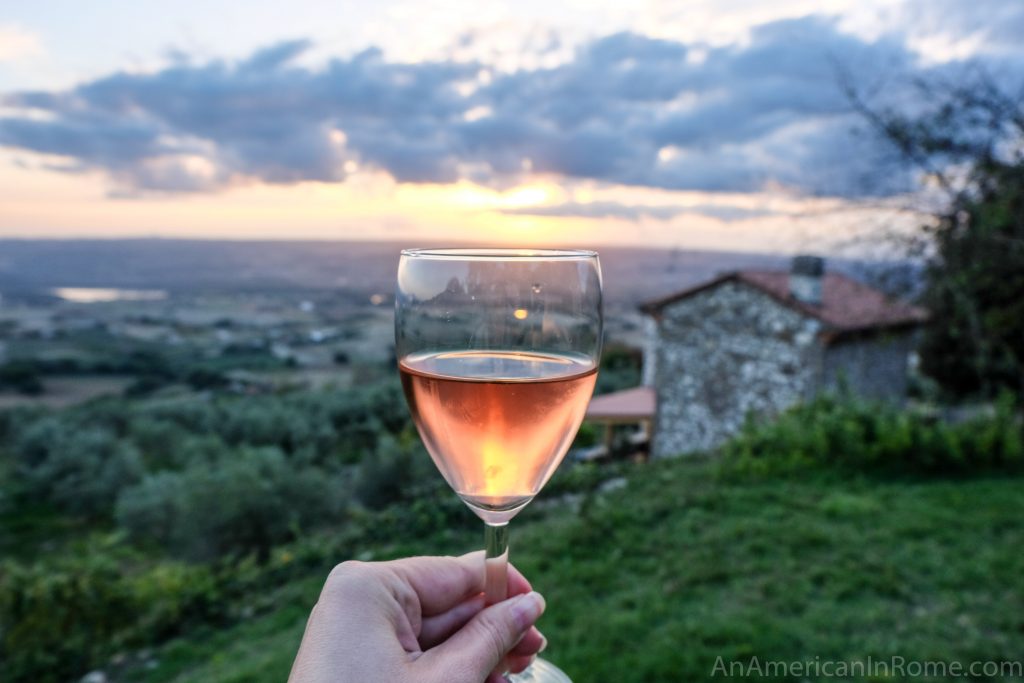 Note: This post may include affiliate links for which I may earn a small commission should you chose to purchase. You are under no obligation to do so.

2 thoughts on “Good Luck Sayings and Symbols in Italy”