The area around the Vatican has been undergoing a welcome change, with newer bars and restaurants moving in and transforming the touristy blocks around the major attraction into a part of Rome you actually really do want to hang out in. 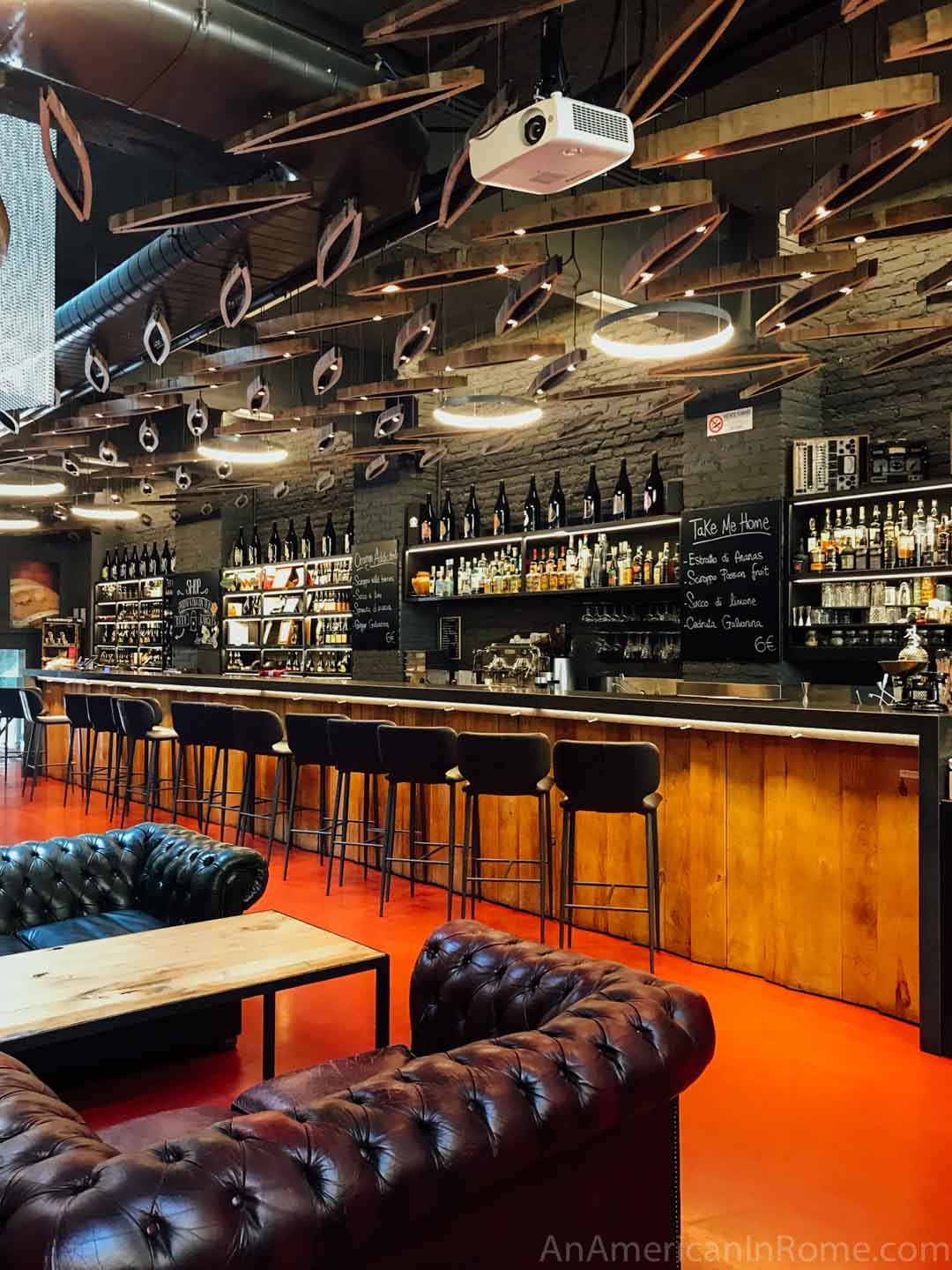 One of my favorite newer places to eat near the Vatican in L’Osteria Birra del Borgo. I have long been a fan of the craft beer made not far outside the capital, and so their restaurant and microbrewery is now on the top of my list for places to grab a bite and a drink after a visit to St. Peter’s. 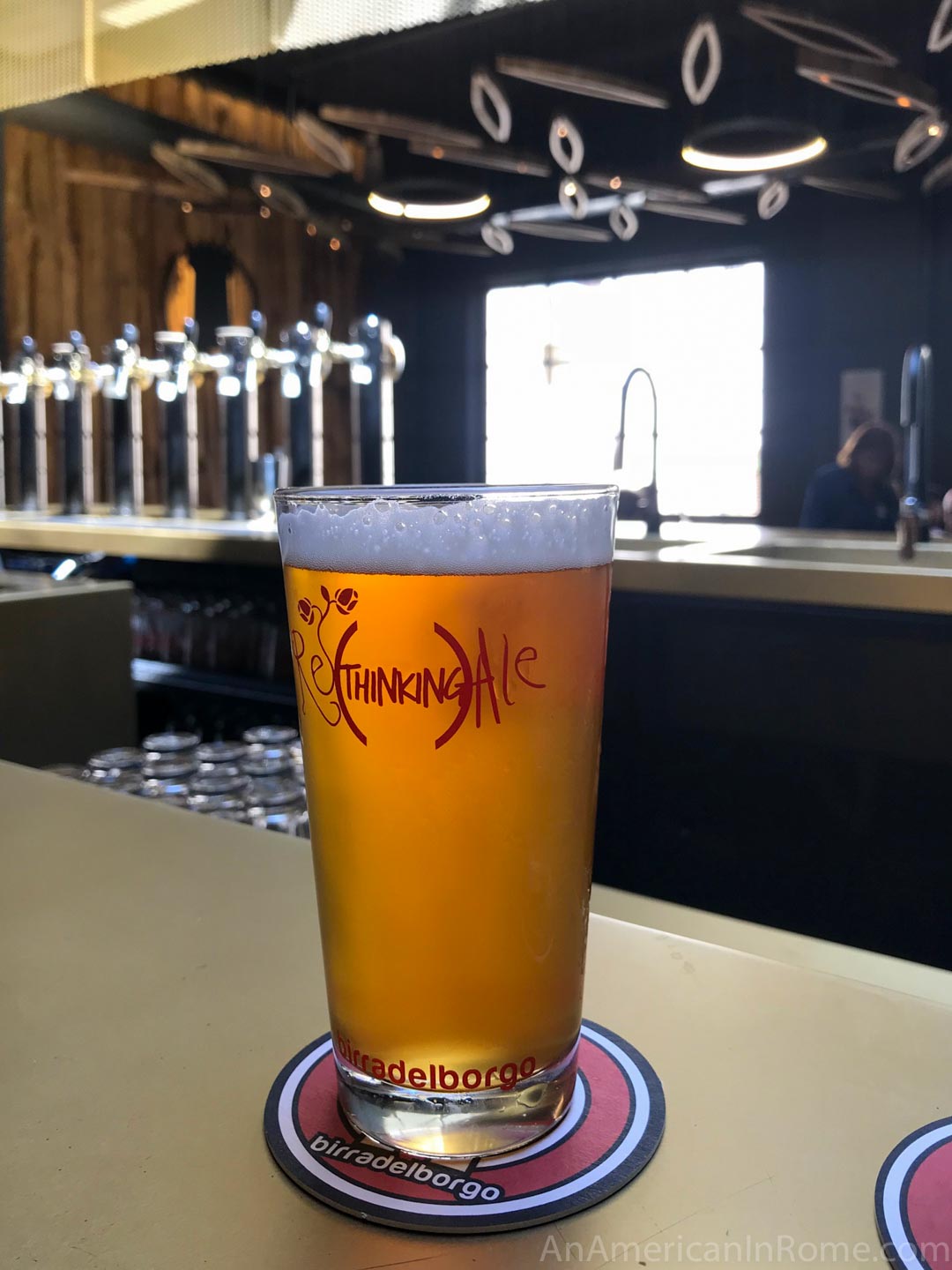 And while there are quite a few excellent craft beer bars in central Rome, including Open Baladin and Ma Che, L’Osteria di Birra del Borgo has the best ratio of good beer to good food – you will eat and drink well here. 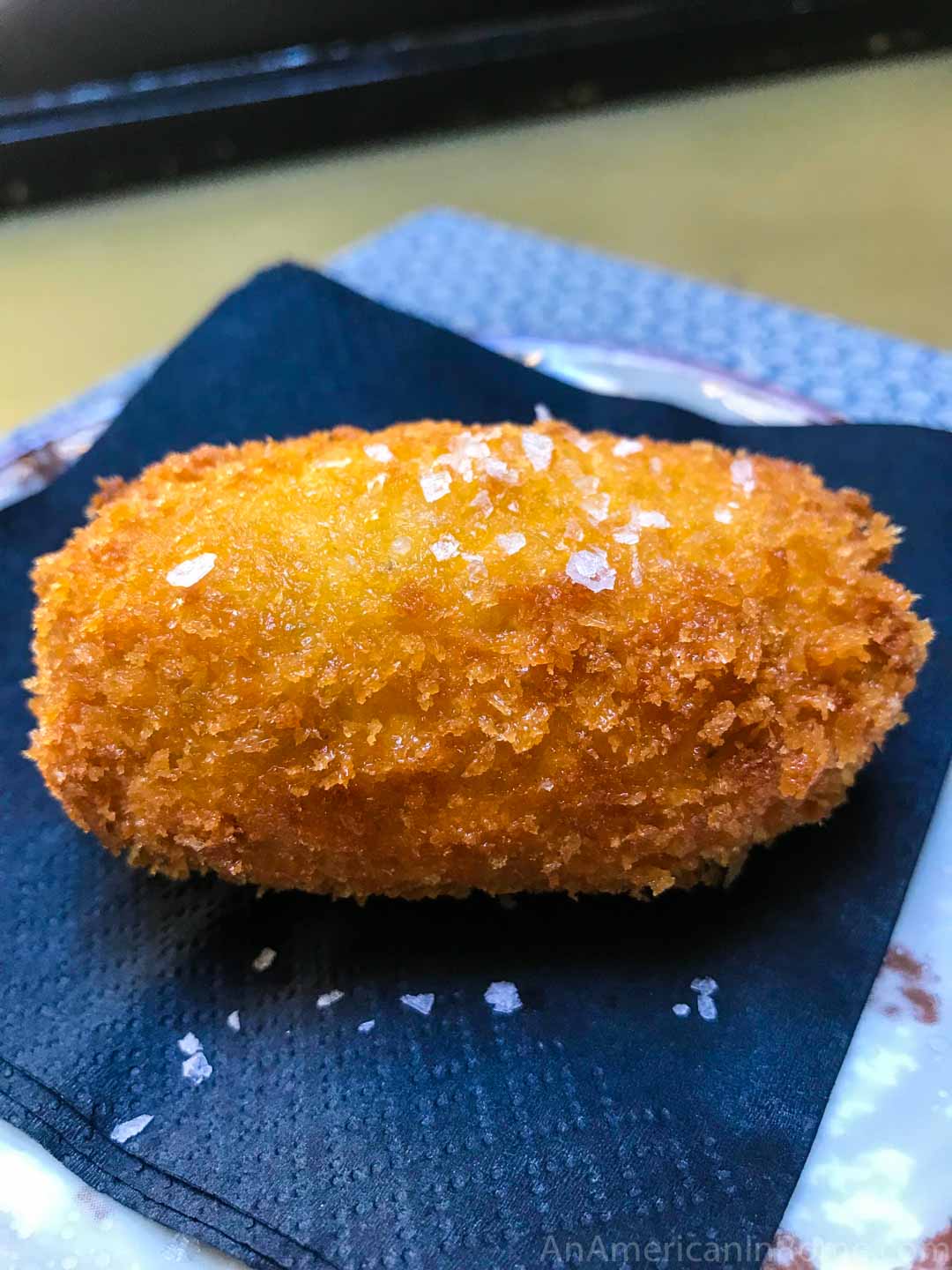 It is also the only microbrewery restaurant, and some of the beer is actually made on the premises. For Rome, this is a novel idea, though I know that it is much more common in other major cities. 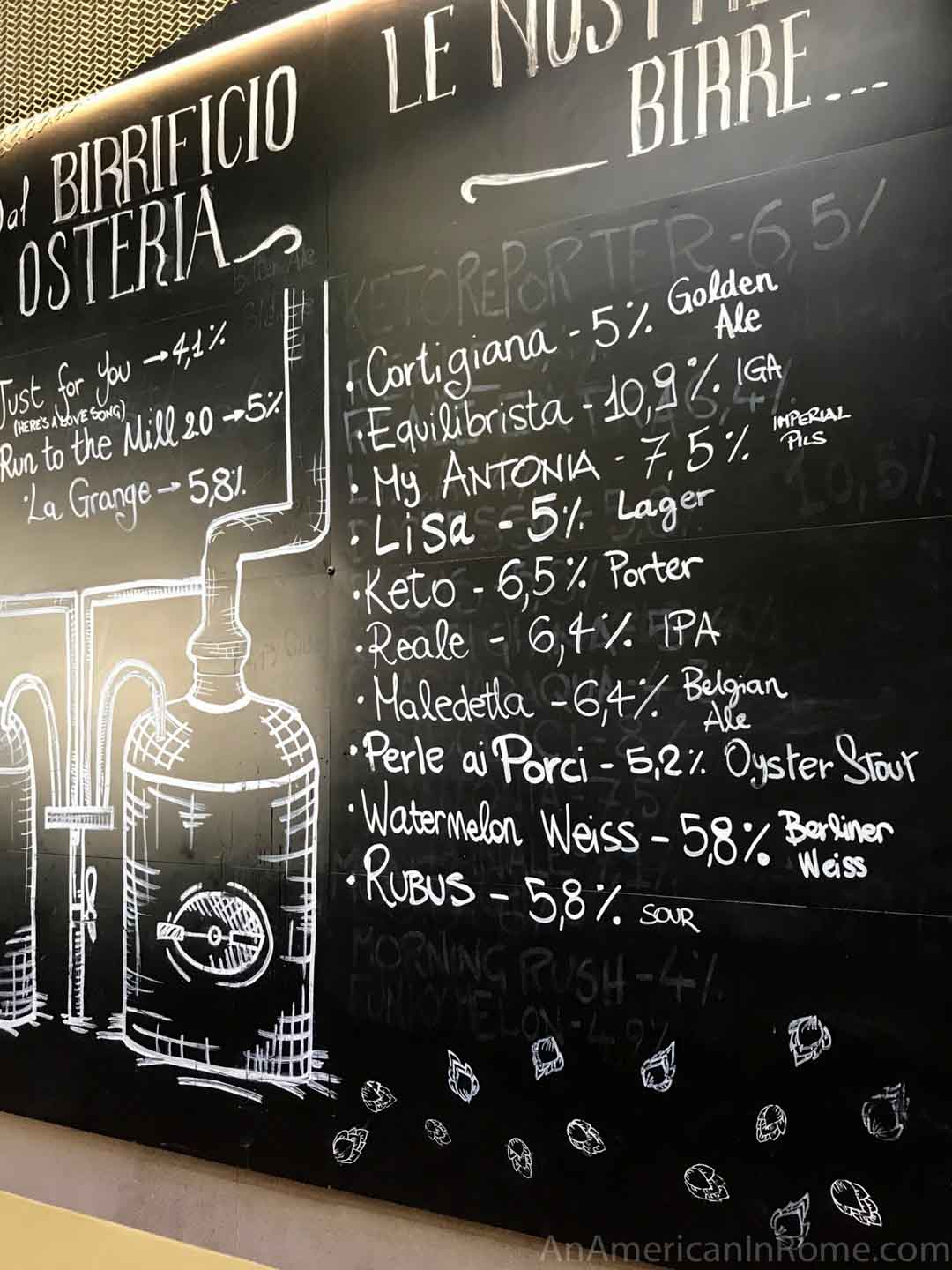 In addition to Birra del Borgo brews and the local microbrews, the osteria/bar also has an interesting tap list and the bartenders are usually happy to let you sample something new before you commit to a pint. 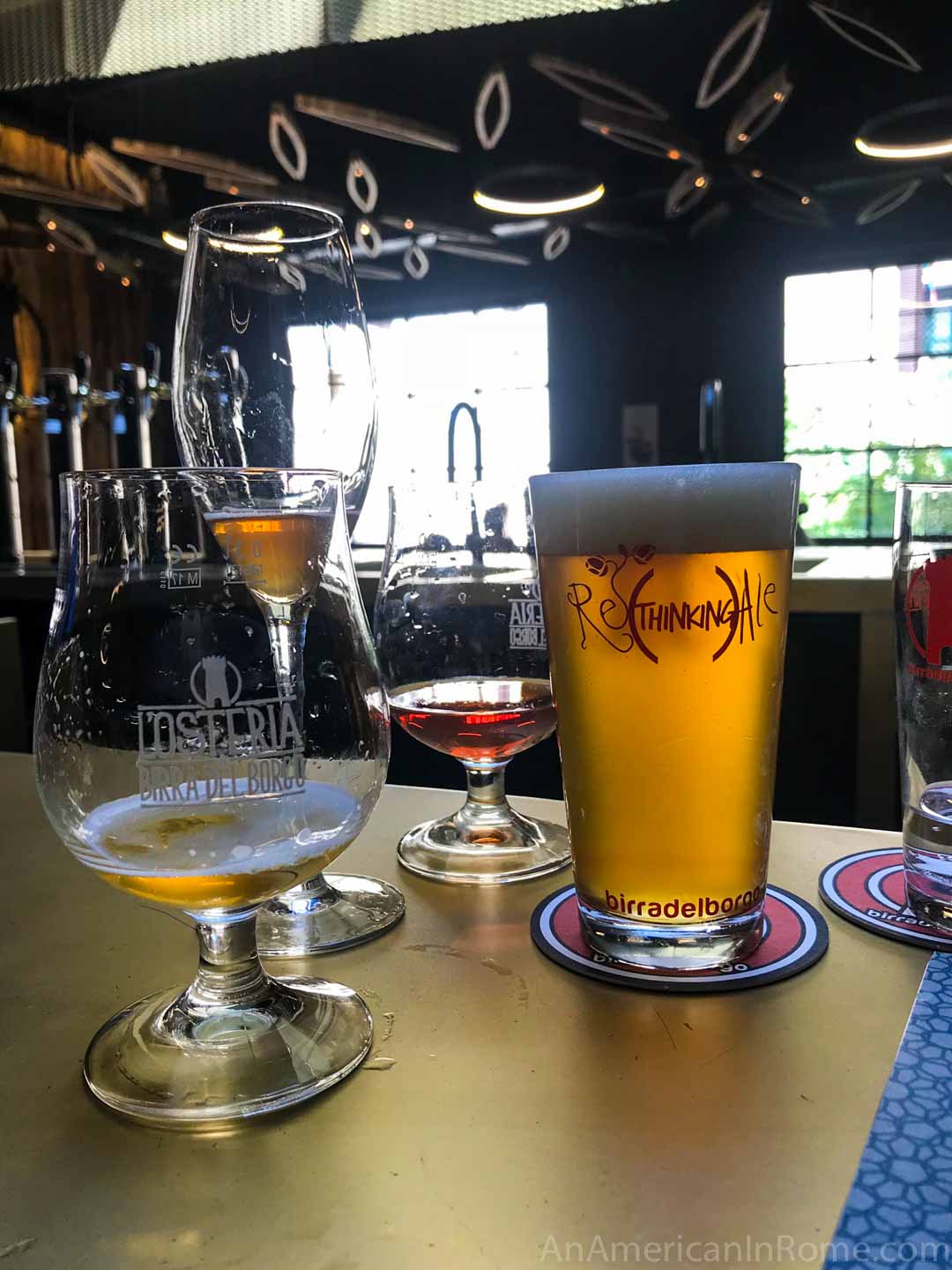 The menu has amazing fritti – the daily special when I was there was a potato crochetta with cod and it was yessssss. There is also a menu that is split between primi and secondi, as well as pizza. There is a huge selection of flatbread pizzas, so building a meal comes down to exactly how hungry you happen to be. 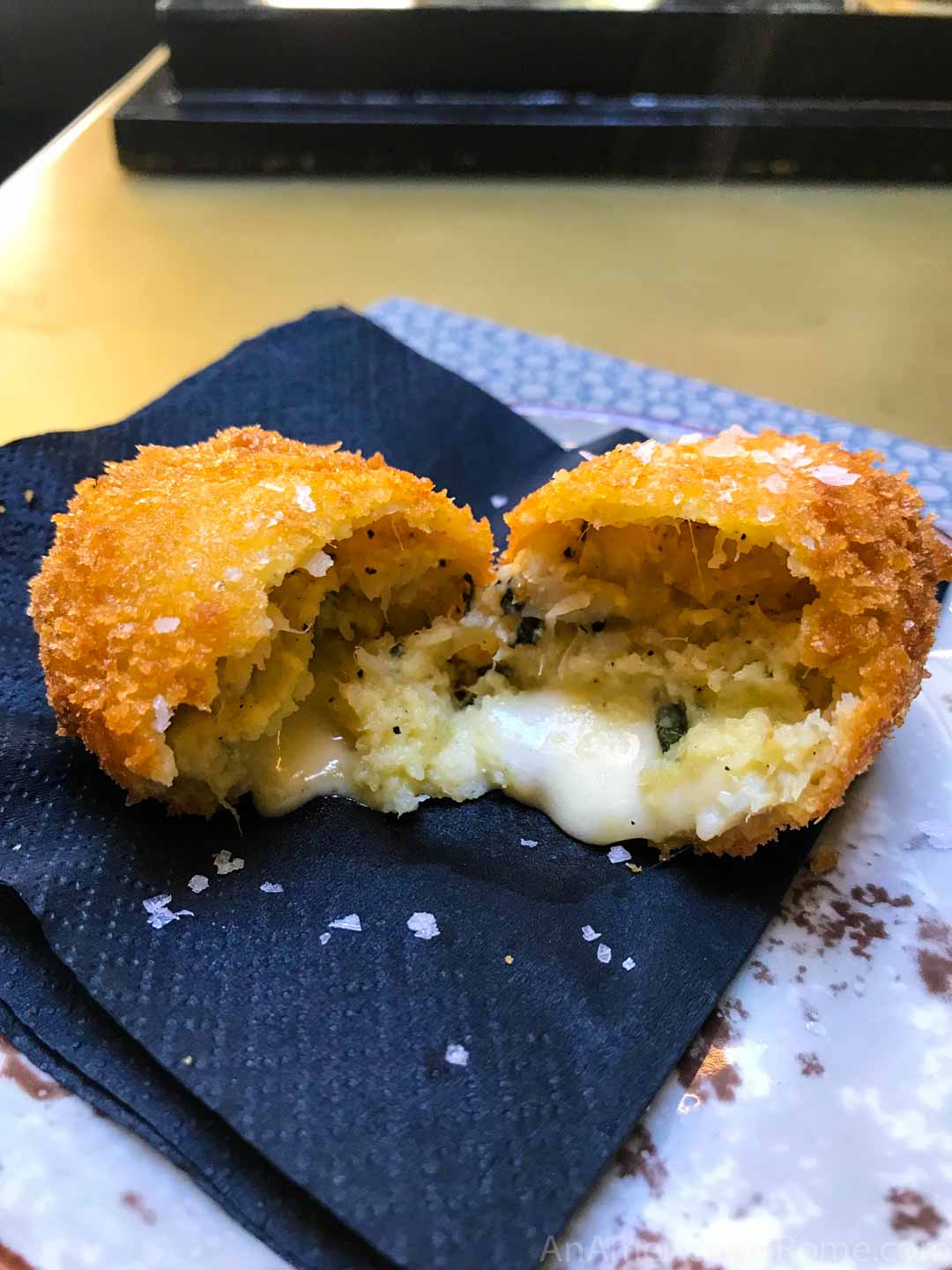 Because did I mention that the Birra del Borgo restaurant is open no stop? So you can even pop in at odd non-lunch and dinner hours between your Vatican tour and your next adventure. It is also perfectly fine to bring the whole family along for meal times. 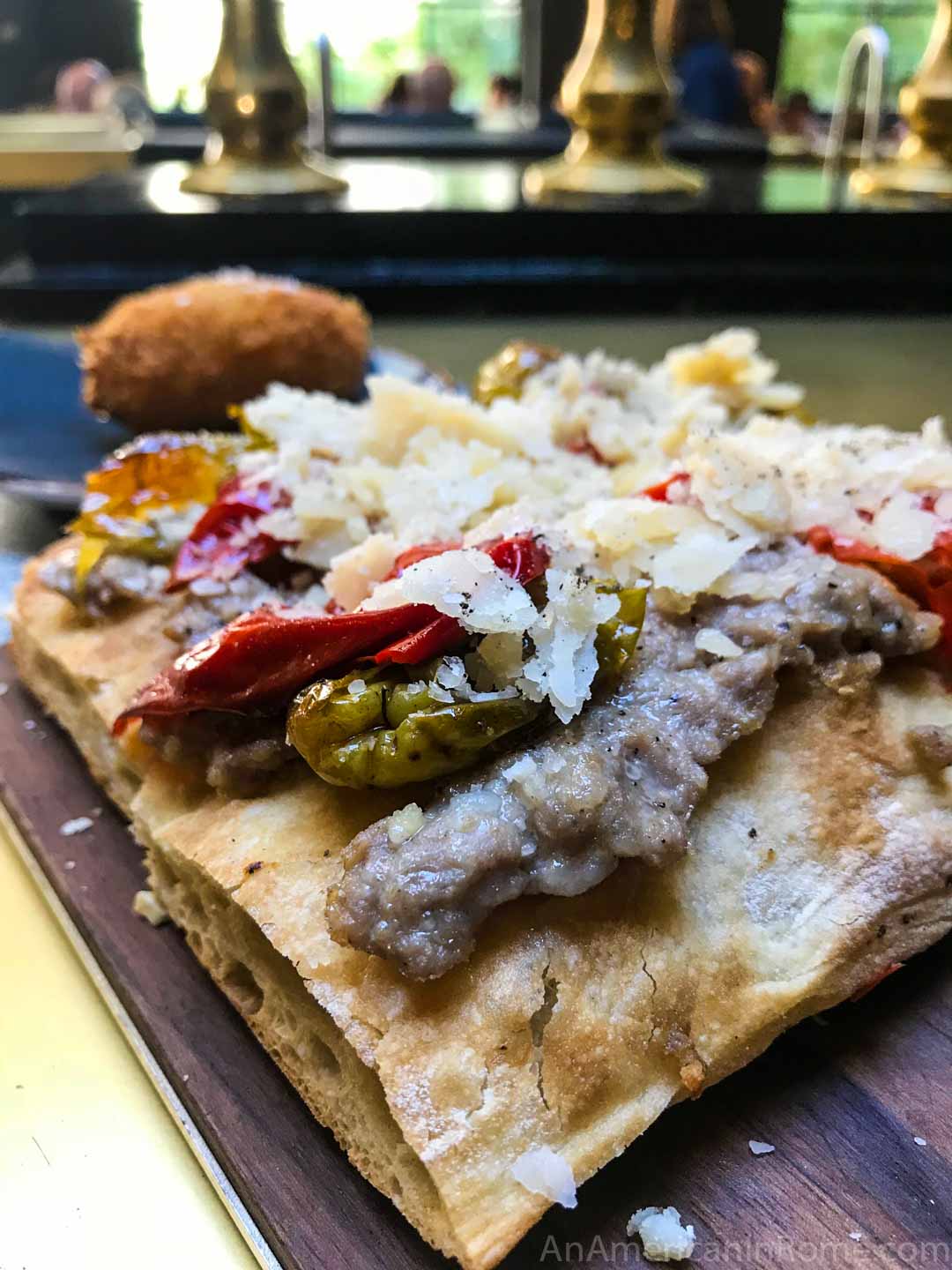 The menu and the pizzas all tend to have a contemporary Italian spin – which goes well with the modern beers that are always on tap.

If you happen to be in the area and love Birra del Borgo, the beer company is hosting a festival from June 7-9, 2019 full of food, beer, and fun. Otherwise, L’Osteria Birra del Borgo is open every day!