I truly believe that Palermo is one of the most underrated cities in Italy. It has a mishmash of architectural styles, plenty of crumbling corners, sunburnt Sicilian colors, and a complicated but intriguing history. And the Palermo Cathedral manages to package all of this into one. 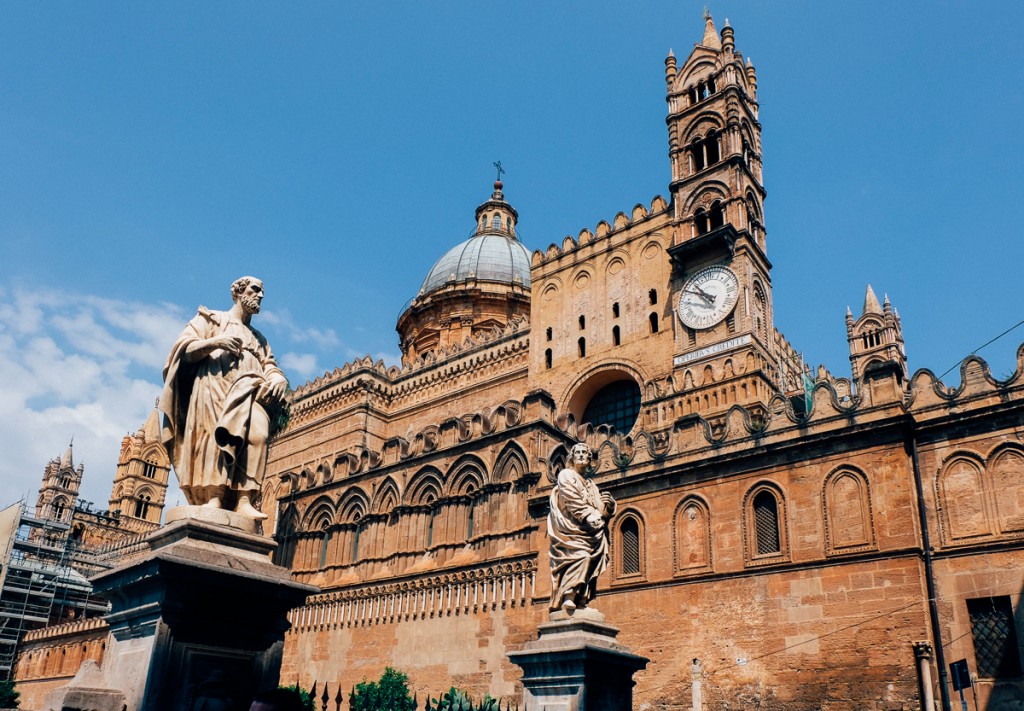 The Palermo Cathedral was built in 1185, which is impressive enough on its own, but it was actually built on top of an earlier church which was itself built on the site of an even earlier mosque. 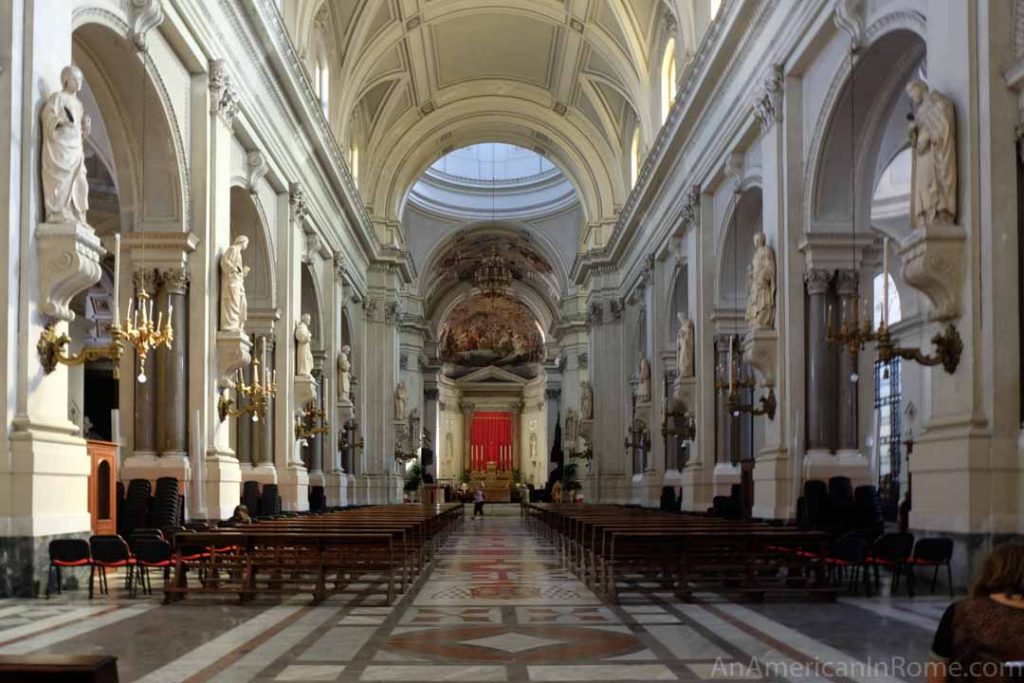 This is where the Norman kings were crowned, and it still has a treasury filled with jewelry and precious church artifacts.

If you head down to the crypt (which requires a paid ticket), you can see the royal tombs. 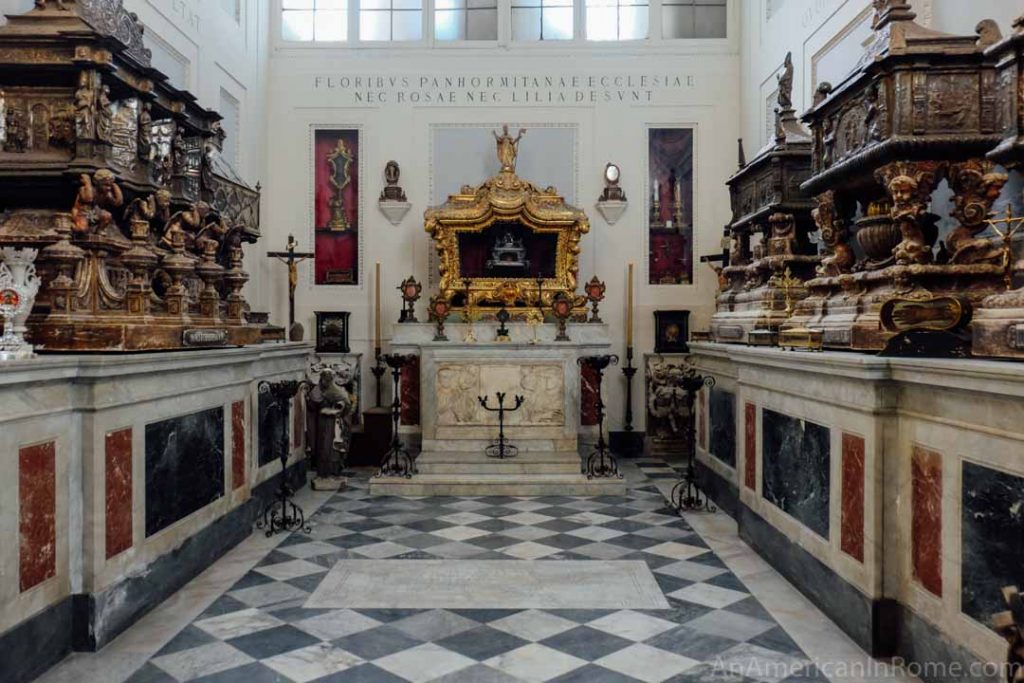 While it is absolutely worth exploring inside, the best way to experience the Palermo Cathedral is to pay the small fee to climb to the rooftop. 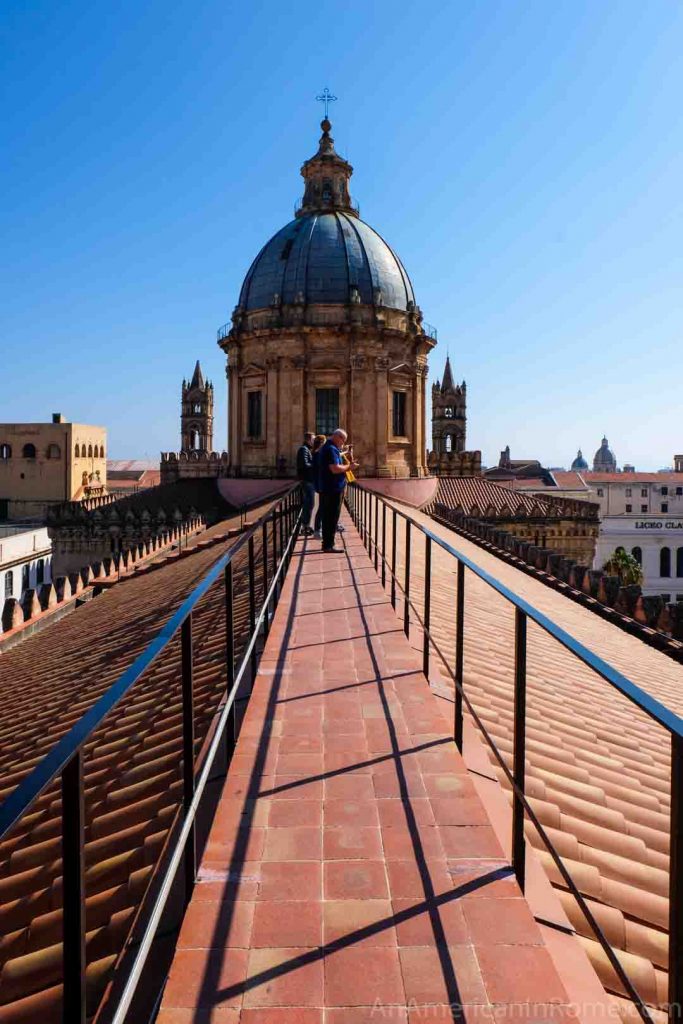 After scaling the steps, you can creep along a narrow catwalk that runs the length of the roof and offers some lovely aerial views of the cattedrale itself, as well as of the city of Palermo more broadly. 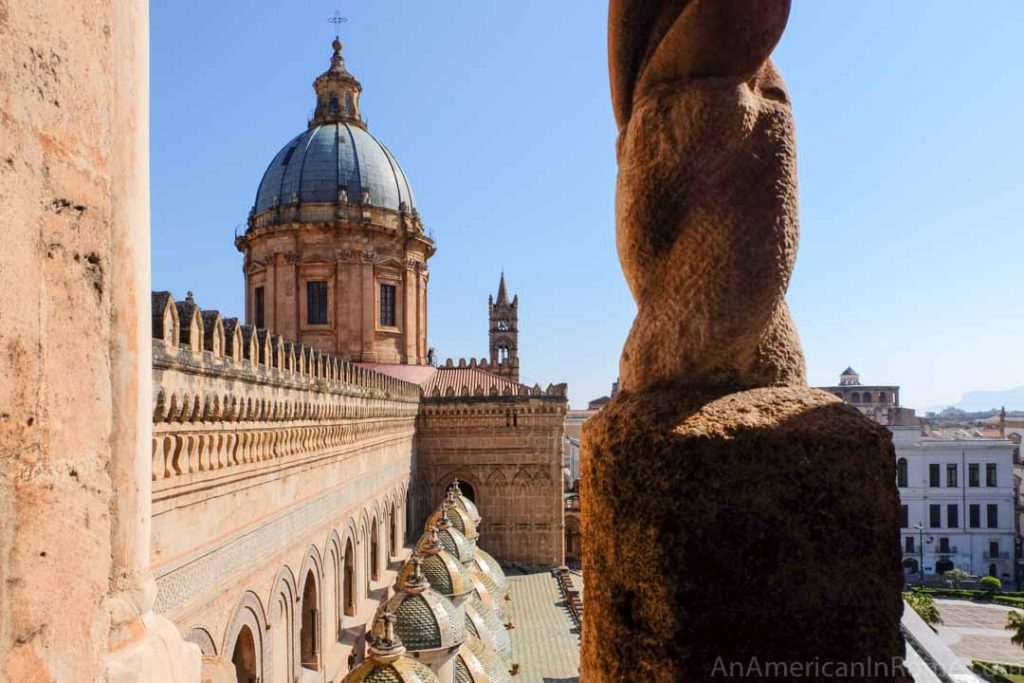 Few people seem to know to climb the rooftop of the cathedral, which means you can have the vistas all to yourself. 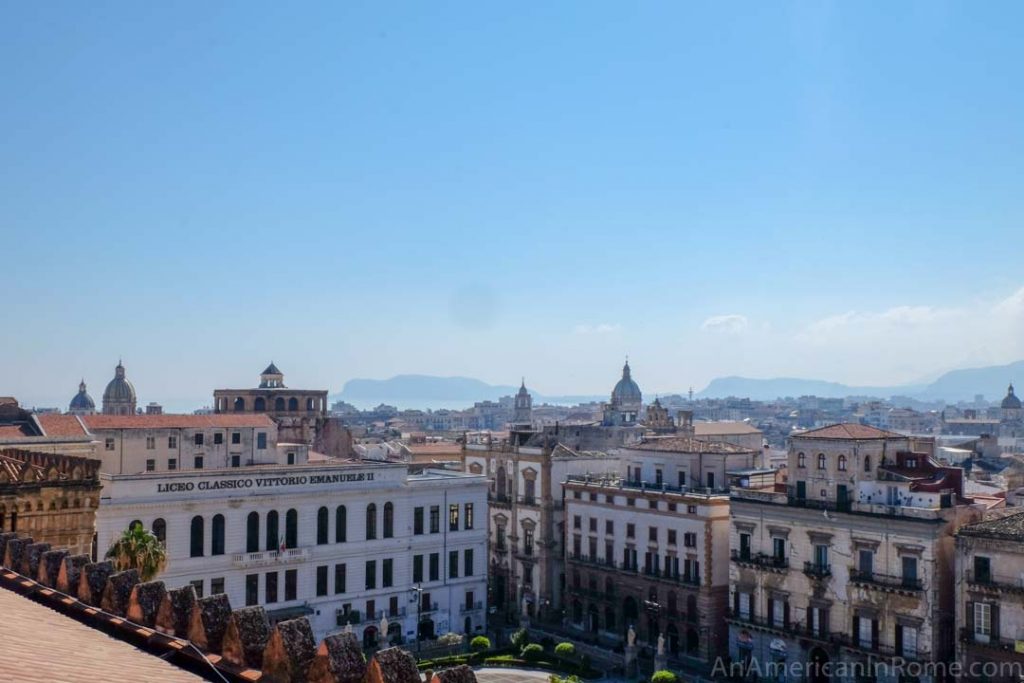 The walkway is narrow but there are railings up and it is all very secure. 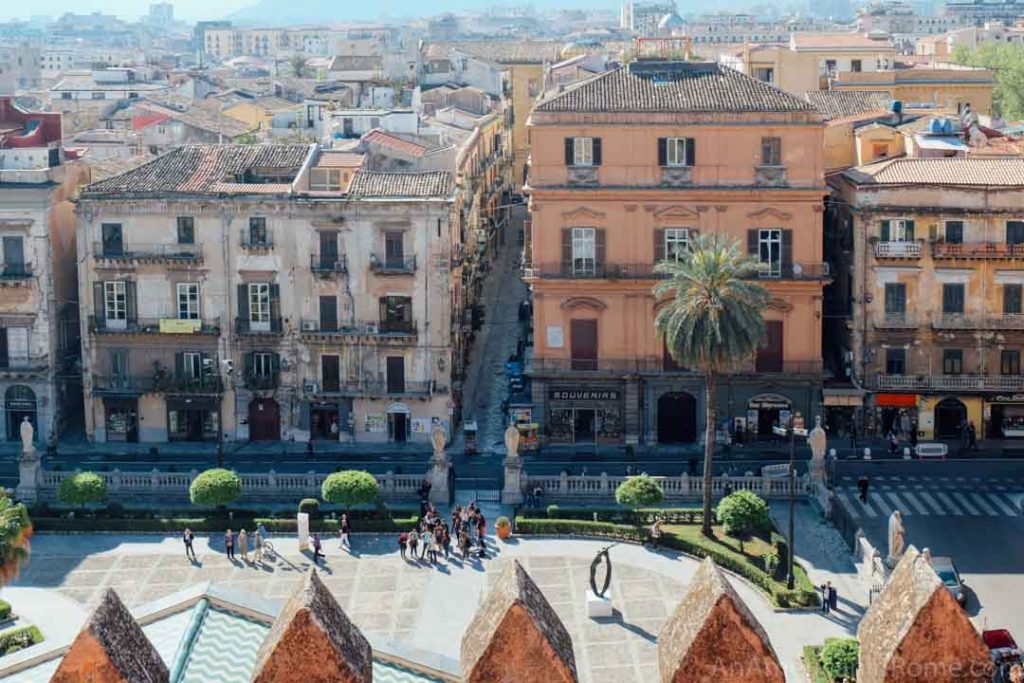 But I am not going to lie – even though I did it and I loved it, I definitely felt my pulse race a bit when I looked over the sides. Climbing the Palermo Cathedral might not really sit well with anyone who is scared of heights. 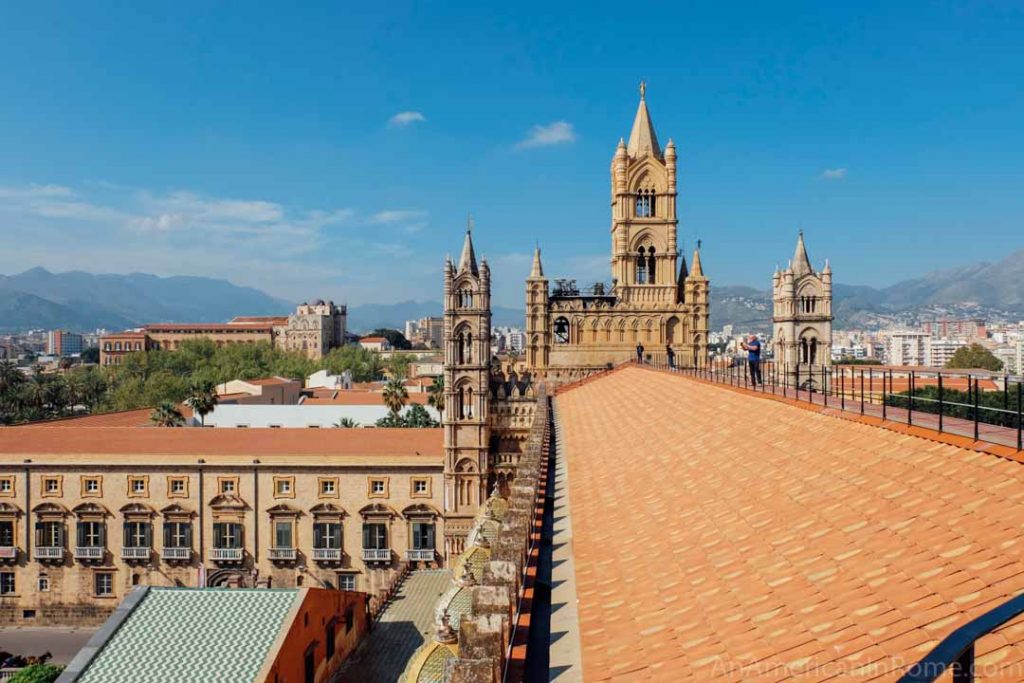 The Palermo Cathedral is one of the major landmarks in the Sicilian city but even though it is a tourist destination – keep in mind that it is first and foremost a working church so you must dress appropriately with knees and shoulders covered. 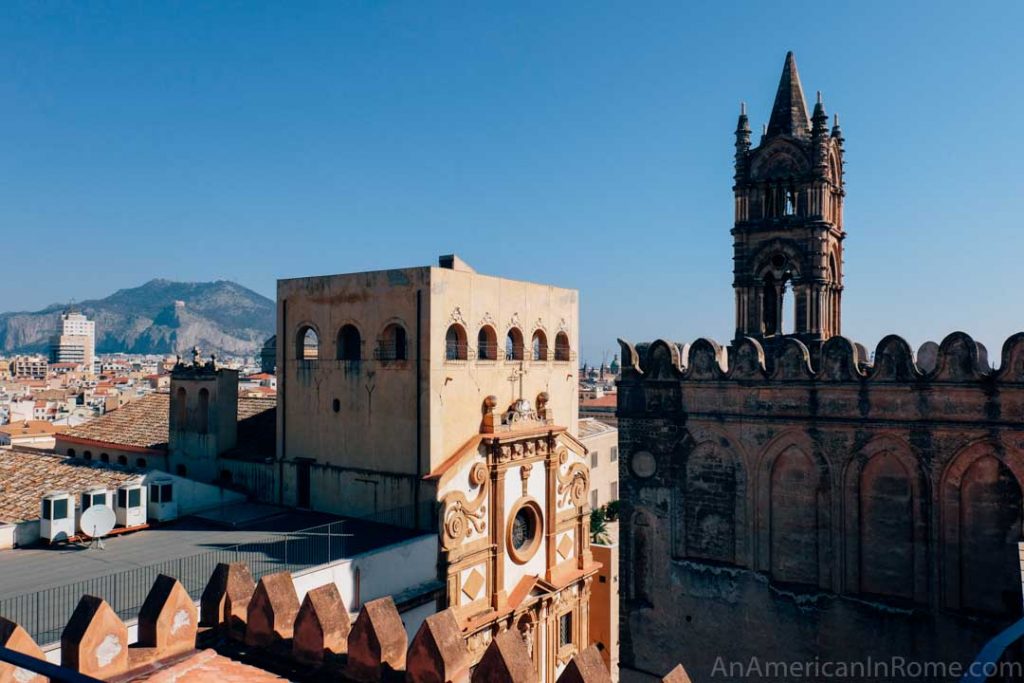 I highly recommend a stop here before continuing on to the markets, street food, or even the beaches like Mondello that make Palermo one of my favorite stops! 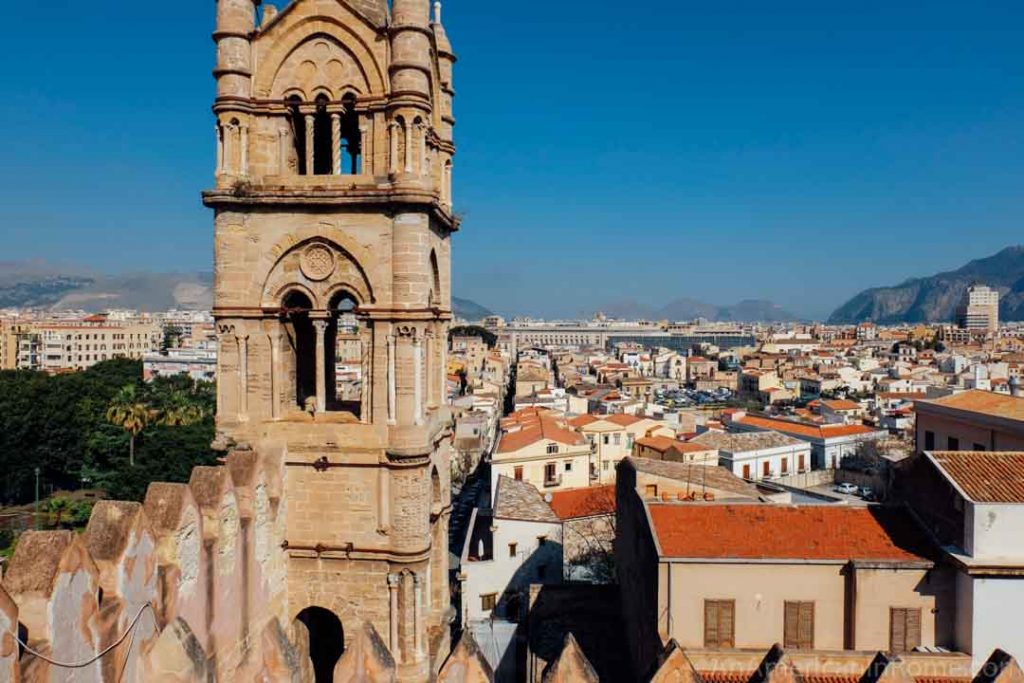 Ready to go? Here are the best hotels in the city.

6 thoughts on “Climbing the Palermo Cathedral”