This year, most of the businesses that are closing for August have shuttered their doors from the 7th until the 28th.

Luckily, Rome is essentially one giant open air museum, with something new to see around every corner. 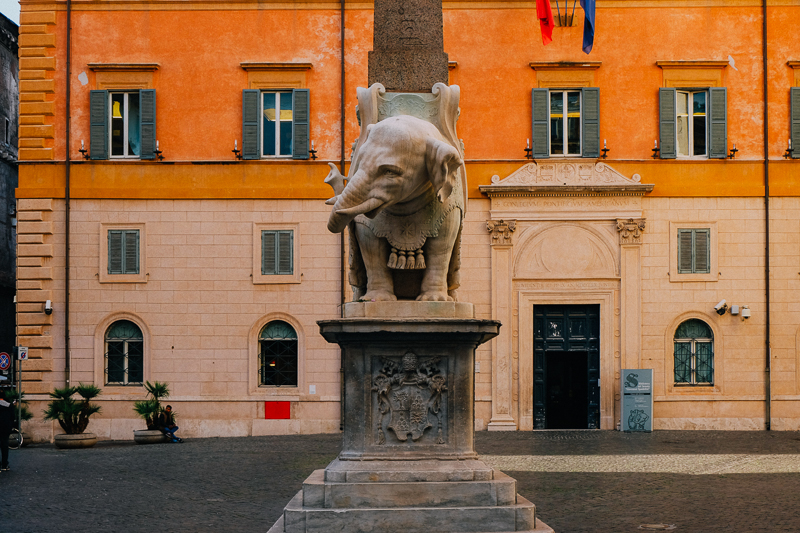 One of my favorite little squares in Rome is Piazza della Minerva, home to Bernini’s elephant.

Most likely sculpted by Gian Lorenzo Bernini’s assistant, the charming marble pachyderm is topped with an Egyptian obelisk. 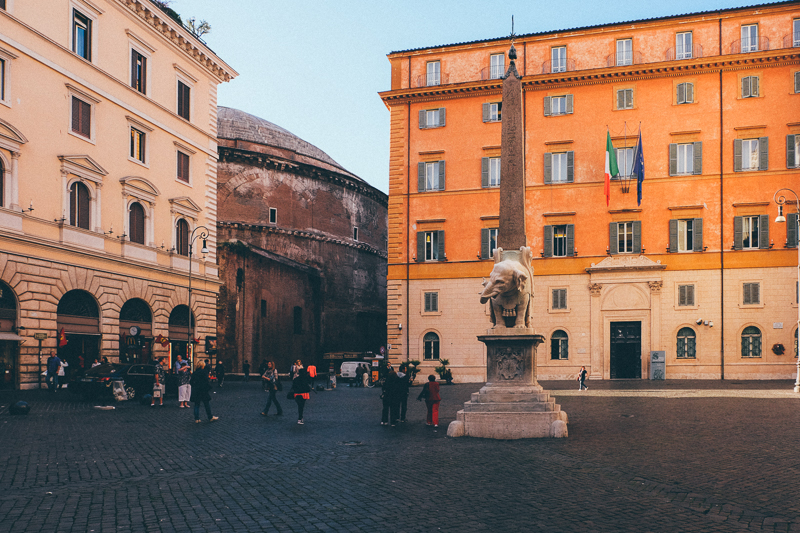 What do elephants have to do with Rome?

The ancient Romans used them in the Punic Wars, supporting the campaigns of the growing empire.

However, by Bernini’s time, elephants were decidedly less common in the Eternal City.  In 1630, Bernini was probably in the crowd to see the first elephant to have visited Rome in more that 100 years.

This study likely inspired him to create this statue in 1667. 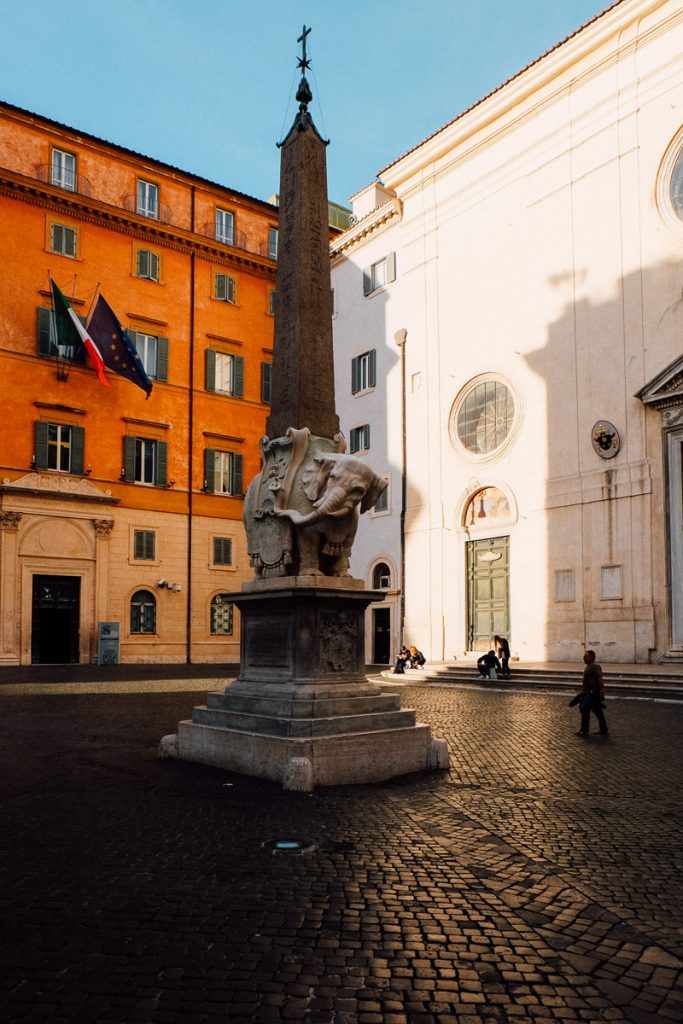 Bernini had sketched elephants earlier and intended to create a statue to be displayed in the Barberini Gardens, shadowed by leafy trees.

However, when the friars of Santa Maria Sopra Minerva were digging a new foundation in 1665, they uncovered an obelisk.

The Pope commissioned Bernini to create a monument for the ancient Egyptian obelisk, and Bernini simply could not get the elephant out of his head.

And so, the marble animal became the base for the pagan symbol in front of the church whose Dominicans had discovered the antiquity.

What a perfect mishmash. 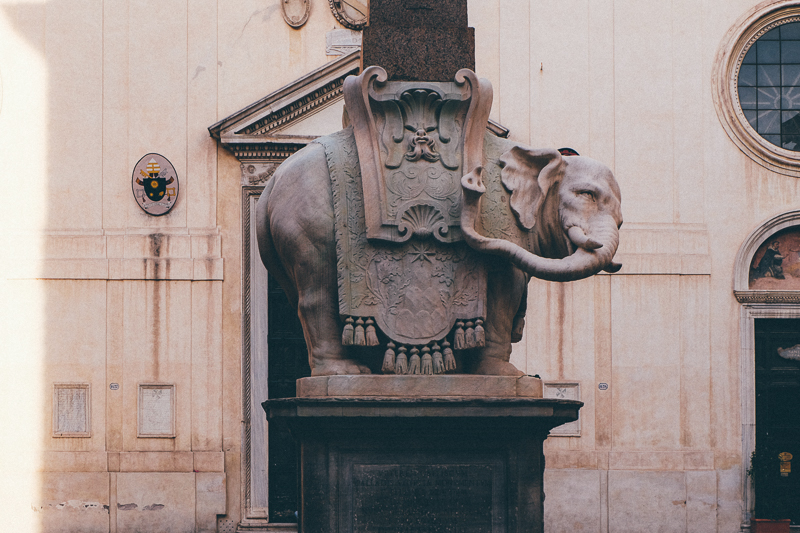 There are rumors that Bernini had a bit of fun with the elephant’s positioning, making sure the butt faced the home of a rival. Whenever the family looked out on to the square, they were sure the see the bottom staring back at them.

I love this sweet elephant, who was cleaned and restored about two years ago.

You can find him a few steps behind the Pantheon.

(For more on the history of the sculpture, check here).