Worried about saftey in Rome? It never hurts to be cautious but rest assured that Rome is safe, for a major European capital.

And I never agreed in that past that  “someone” was targeting American students abroad.

But I do agree that the intoxicating feeling of being in Rome, and actual intoxication can be a dangerous mix.  The monuments, the flaking ochre palazzi, the cobblestones… Rome can feel like Disneyland. 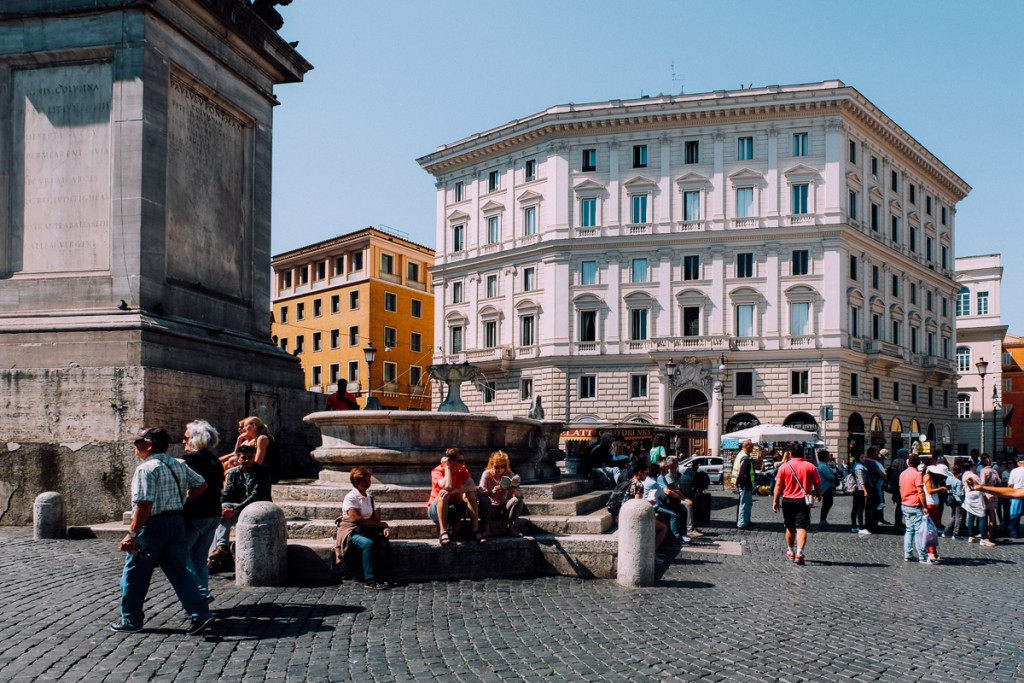 However, it is a city. A major city, where real wages have stagnated and benefits have been cut.  Rome is a city that is incredible to visit, but its residents are not always benefitting from the global economic upturn. There is a trickle-down effect between the economy and safety in Rome, so its always best to be sure.

It is a city filled with wonderful people, but as with any place, there is always a group who will take advantage. And it is much easier to take advantage of a foreigner in a strange land who has succumbed to the allure of 1 euro shots.

Certain pubs are being shut down, and I don’t think anyone is too upset about that.

The drinking age in Italy is 16 for beer and wine, and 18 for liquor.  Being released from the confines of a country that raises the drinking age to 21 means that young Americans might go a little crazy when given the freedom to drink whatever they want.  I get that.  But here is where I start to sound like you mom: just because you CAN, doesn’t mean you SHOULD.

Most of the truly heartbreaking stories of American students becoming victims in Rome (5 deaths in 5 years, plus assaults and robberies) have alcohol as the common denominator.

With that in mind, here are common sense tips for how to stay safe in Rome (and for just saying safe in general wherever you might be):