Ok, I get it. A church is not exactly “unexpected” in Rome. 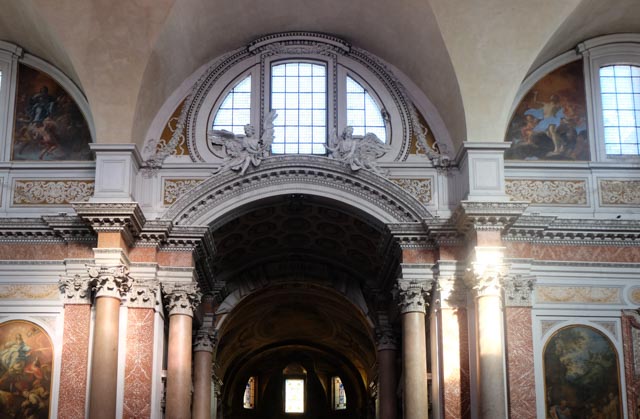 Sure it has vaulted ceilings, gorgeous frescoes and adorned domes. 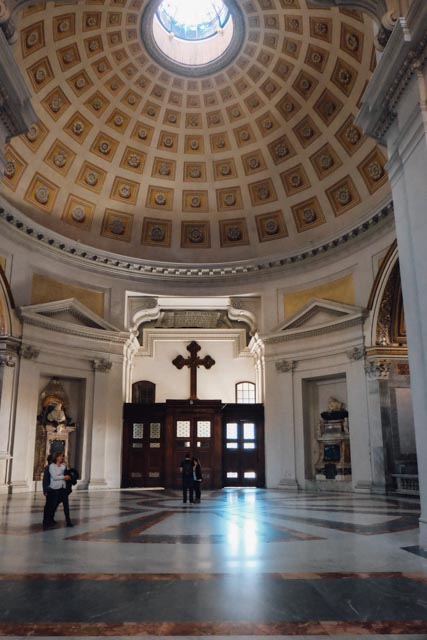 But the Basilica of St. Mary of the Angels and of the Martyrs was designed by Michelangelo who died the next year.

And where did he design this Renaissance church to sit?

He had it built into an ancient Roman bathhouse. 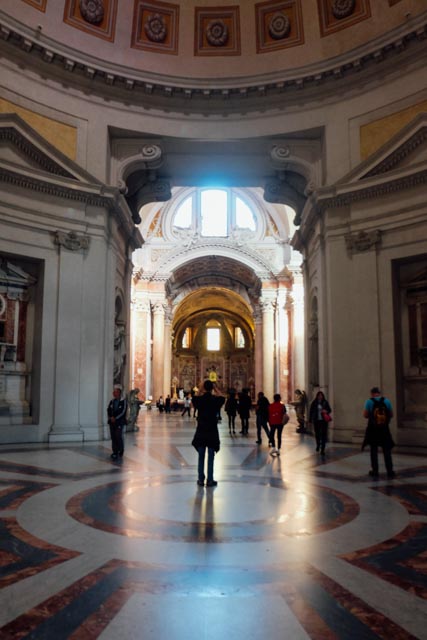 To be precise, it is built into the frigidarium of the Baths of Diocletian. The frigidarium was the cool pool that would be entered after a nice soak in the hot pool, and a follow up dip in the warm pool, just to get those pores extra squeaky clean.

It’s worth mentioning that this should not be confused with Frigidarium the gelato shop.

Ok, onwards, because it is not even the bathhouse history that makes the basilica so special to me. 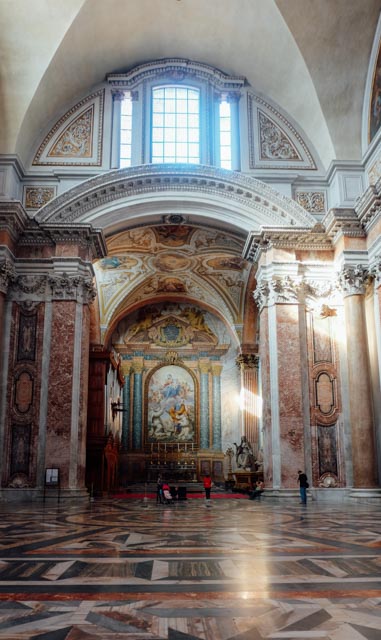 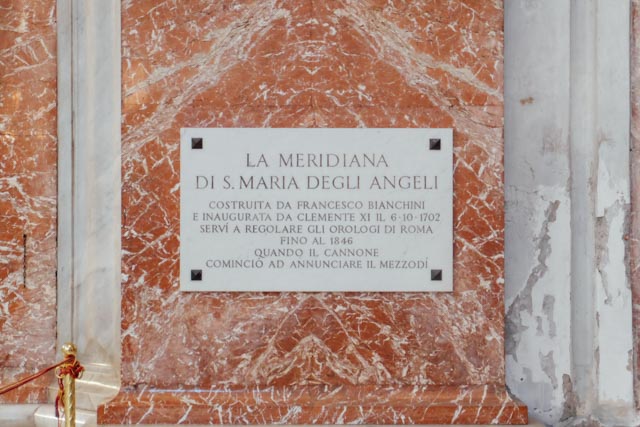 Pope Clement XI commissioned a meridian line to be constructed in the church in the 18th century. Running down one side of the Basilica, the line was created to check the accuracy of the new fangled Gregorian calendar.

Oh, you didn’t know about that?

In 1582 Europe switched form the Julian to the Gregorian calendar. They literally just skipped October 5-14th that year in order to move the spring equinox by 10 days. 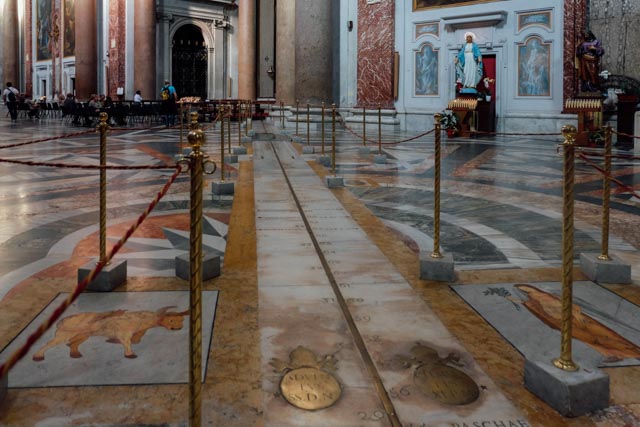 I’m not going to even PRETEND to be able to do the math, so let me just give you a link to a full explanation of how the meridian line works.

To summarize: a sun shines through a small hole in the south wall of the church and casts a beam of light on the meridian line.

Every day around noon, the light transverses the line, but but but but, that light is biggest on the winter solstice. 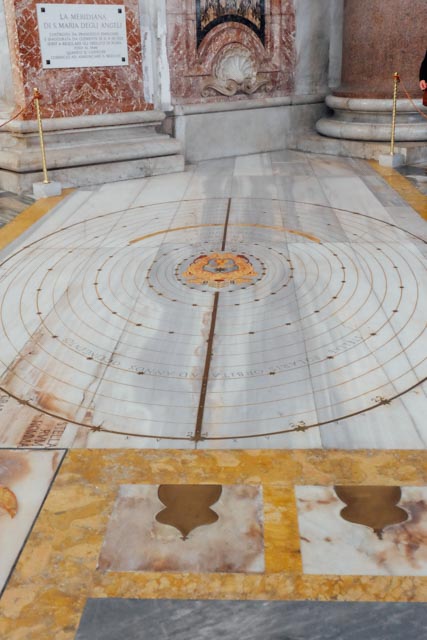 If you are in the area, head on into the basilica and check it out. 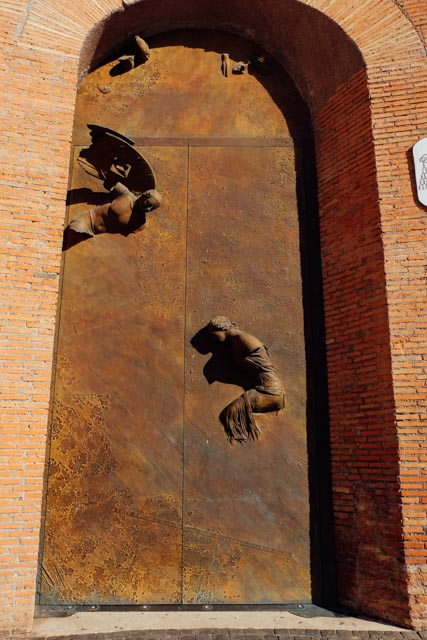 Don’t miss the gorgeous doors leading into the church, which open up right onto Piazza della Repubblica. 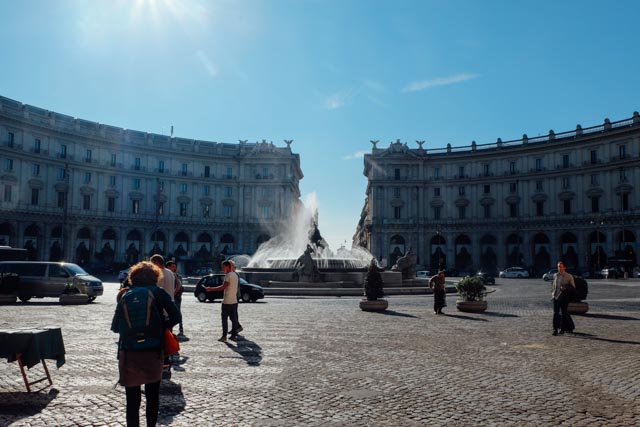 The church is super easy to reach from Termini, is always free, and conveniently located near Eataly so you can eat lunch after all that hard math thinking.