Looking back through my drafts, I realized that there are several half-thought out posts that I have yet to publish.  BUT this one struck me.  I wrote it on 28 September 2010.  Which means I have been in Italy for nearly 1 year and 1 month now.  Eeep!

I have already had too much adventure for one day.

It is really weird to pack your life into four bags but I did it. 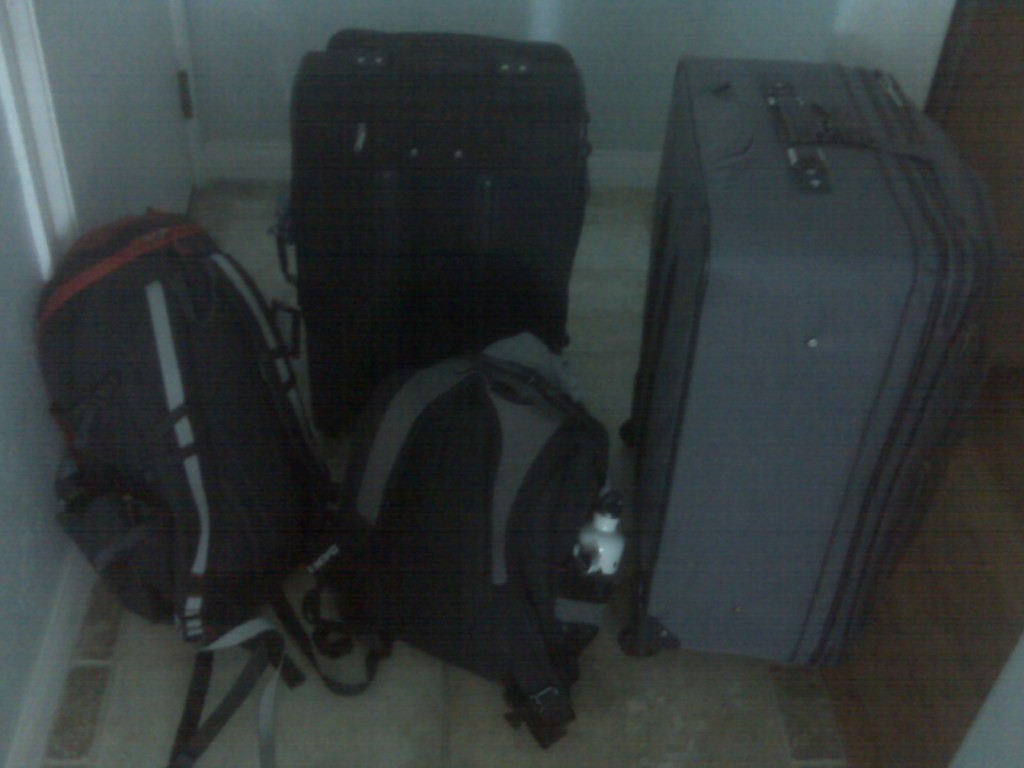 Well, I almost made it. I was that girl. That girl off to the side, desperately pulling things out of the bag in an attempt to make them come in under the weight limit.

I finally staggered onto the plane, after nearly an hour discussion with the ticketing agent about how much she should charge me for my “extra baggage.” (The commuter terminal at San Diego airport isn’t exactly fast paced).

The Cosmo magazine was the first to go.  I got it on the first plane, but there was no way it was continuing on with me.

After I got here to LAX, I managed to get off at the wrong terminal and eventually find my way to the Alitalia ticket counter.

The burrito was the next to go. I was not going to try to talk salsa verde through security a second time.

As I sat outside, shoveling pollo asada into my mouth, I spotted some paparazzi.

I won’t go into details to explain how I was instantly able to recognize two plain clothes dudes as ‘professional’ tabloid photographers, suffice it to say- I knew.

“Who are you waiting for?!” I demanded with my mouth half full.

They looked at me a little bewildered/alarmed.

“Which. Celebrity. Is. Coming?” I repeated slowly, as I chewed.

“Uh… Hali Berry,” one offered up, while backing away ever-so-slightly.

Screw that. No WAY was I waiting while Hali Berry holds up the security line.  My only hope was to beat her there. I took one final, sweet (huge) bite of burrito, gave the photographers the stink eye, and braced myself for LAX.

If there’s been this much trouble to travel 120 miles, I’m a little concerned about the remaining 5000 miles.  Though it has been an overly appropriate farewell to Southern California.

4 thoughts on “Too Much Adventure in This Adventure”