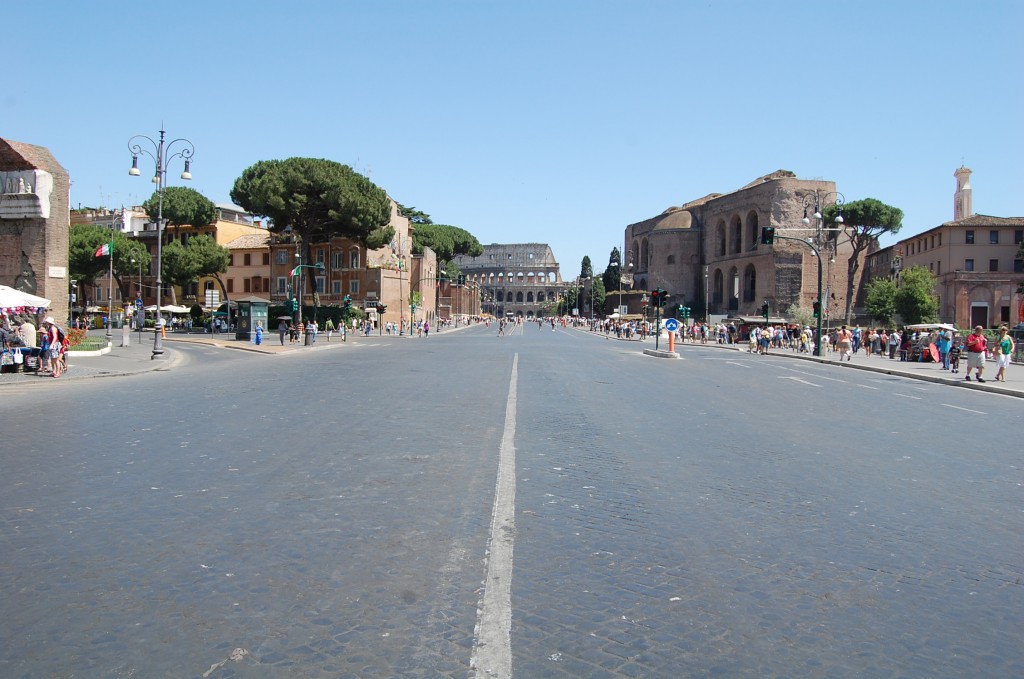 I’m notorious for self-imposed “Out of Rome” Sundays, but sticking around the city ain’t half bad.

After living here for so long, the Colosseum still holds a special special place in my romantic American imagination.

On Sundays, Via dei Fori Imperiali, or the street that leads past the Roman Forum and to the Colosseum, is closed to cars.  That means you are welcome to meander down a major road with all the other pedestrians.

Even at the peak of tourist season, you can find a little space in Rome.

Update: (12 November 2015)  Thanks to the now-ousted mayor of Rome (as well as new security measures), Viale dei Fori Imperiale is almost totally pedestrianized now, and not only on weekends.  You should watch out for buses and taxis, which are still allowed to drive past the Colosseum, but for the most part, all traffic has been diverted.