Whenever we have visitors, I direct them to stop by Basilica San Clemente after their trip to the Colosseum.

It is incredible, I tell them. 2000 years of history in one building. An ornate church from the Middle Ages, built on top of a 4th century church, built on top of a 1st century home/government building/temple, just around the corner from the Colosseo. 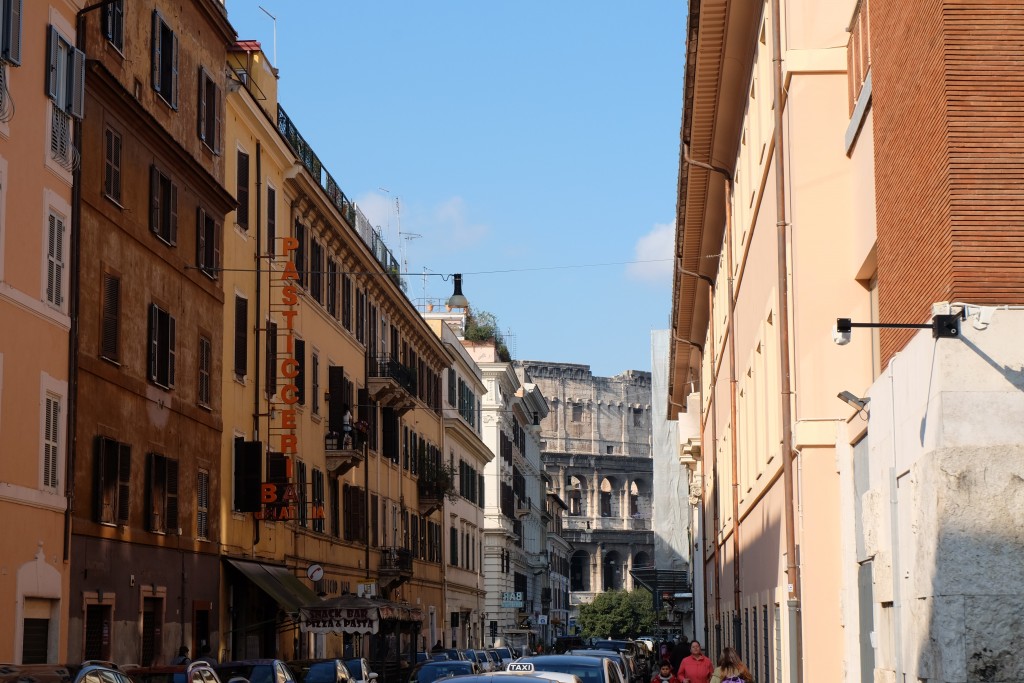 The thing is– I had never been there! It has been on my list for years, but I always seem to have something else going on. So when Rome is Easy asked if we would like to explore underground Rome with them, I jumped at the chance and dragged Jimmy out of bed bright and early the very next day.

We met Nicole at the Colosseum, and walked over to San Clemente.

The inside of the church is gorgeous. Intricate mosaics, incredible floors, crazy ceilings… so many styles mashed together that it was hard to know where to look. 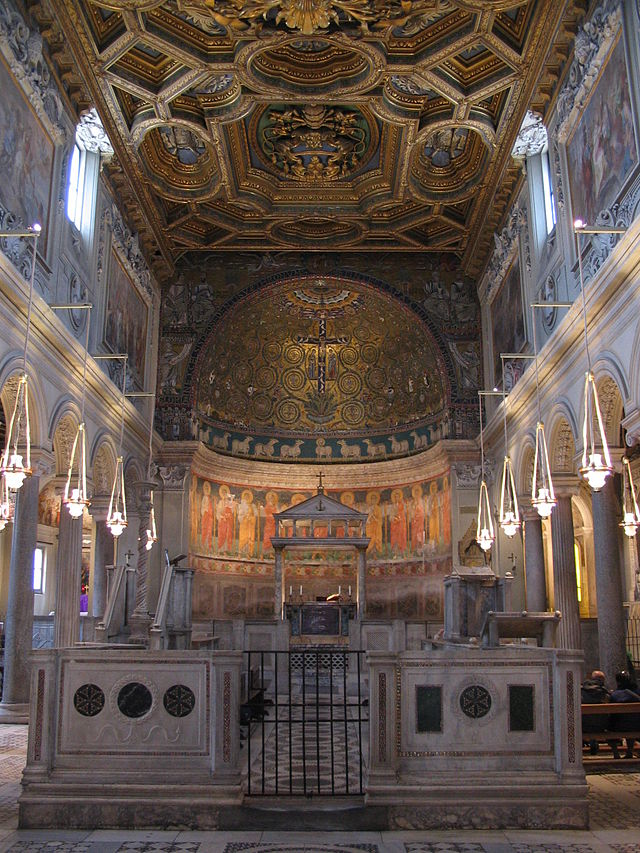 *There were no photos allowed inside, but to give you an idea, here are some shots from wikipedia.

We got up close to examine the naturalistic design in the religious depictions within the alter’s golden mosaic. 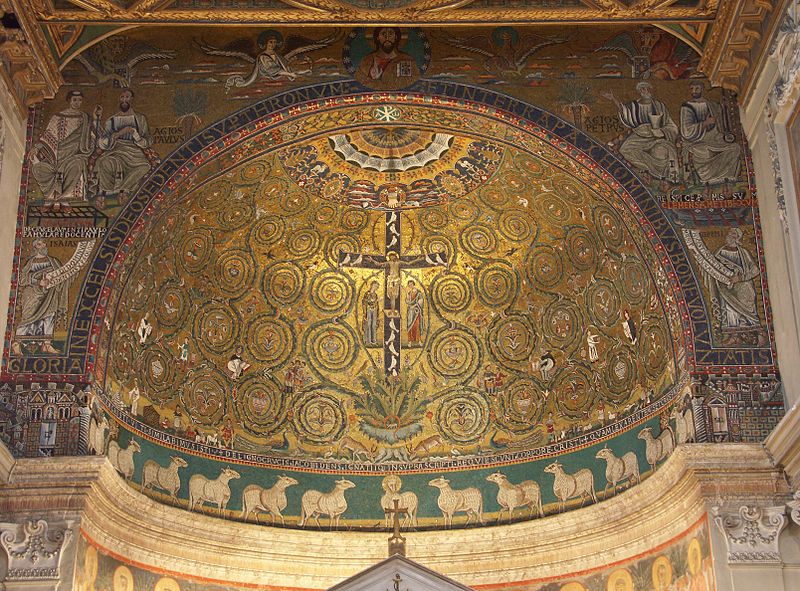 But it is really downstairs where you get a sense of all the layers of history. Some of the oldest Christian frescoes are mixed with Mithras symbols and temples.

My default idea of weekend Roman fun is markets and sunshine and vino, compared to dissecting two millennia of history– but this was a fantastic way to start a Saturday.  Nicole carefully walked us through each layer of the church, a knowledgeable but casual chat.

When we had happily explored San Clemente, we hopped in a cab to catacombs on the edge of Rome. 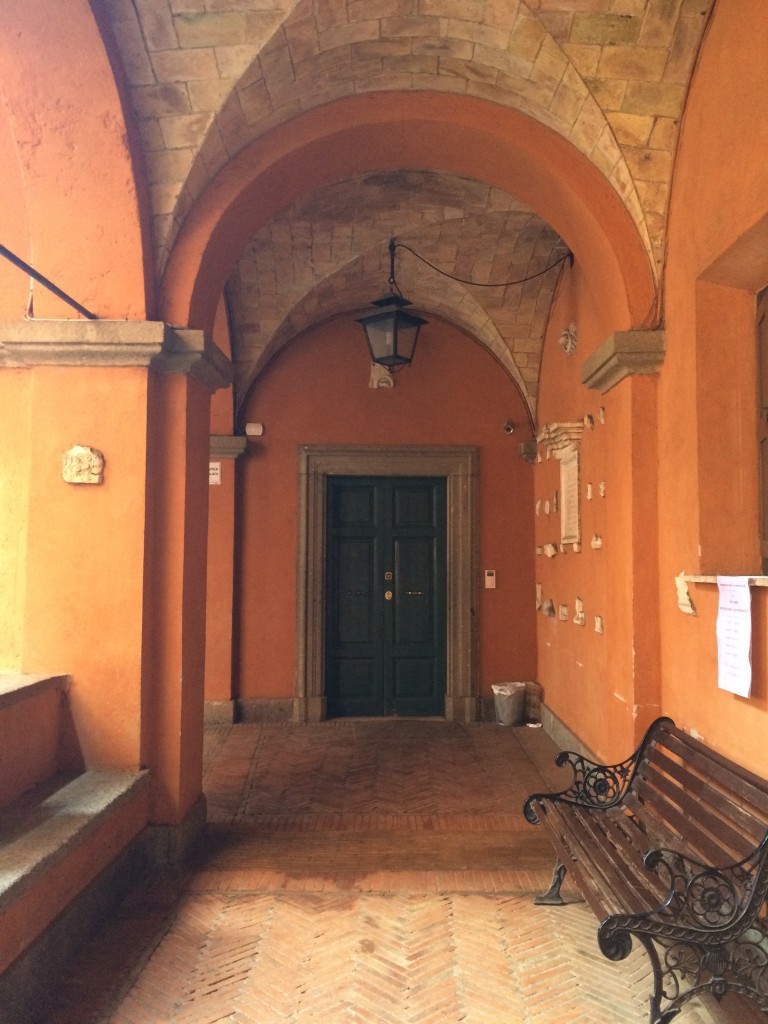 After collecting the key to the catacombs from a helpful nun, we were winding down into an extensive system of underground tunnels.

We quickly would have become lost on our own, but Nicole expertly navigated the catacombs, explaining they were used by early Christians in Rome, and that the land was likely donated by a Roman noblewoman sympathetic to their persecution.

Some of the earliest surviving depictions of the virgin Mary can be found here, along with the tombs of two early popes. 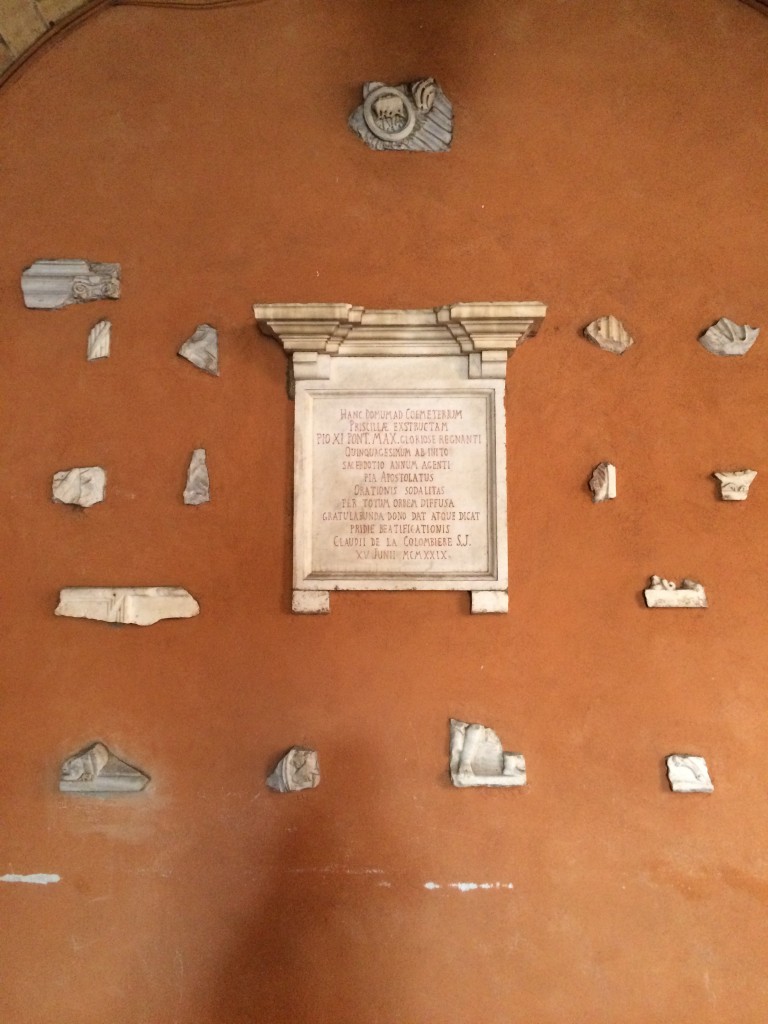 This underground side of Rome was one that I have never seen before.  Below this chaotic city is a whole other layer of history waiting to be explored and we were so lucky to be invited to experience this with such a helpful guide.

For more information on the underground tour, and a ton of other private tours, you can be contact with Rome is Easy.