I am not a city girl.  I find cities overwhelming most of the time.  While I love all of the events to choose from and events to attend, I dislike most of the day-to-day realities of city life.  The packed metros, pushy bus riders, angry postal clients, inexplicably closed administrative offices.

So every week I try to have Rome-free Sundays.

There are so many amazing day trips that are possible when you live right next to a major train hub.  All you have to do is check the timetables and hop on a regional line.

One of my recent favorite Rome-free days was to Ostia Antica: 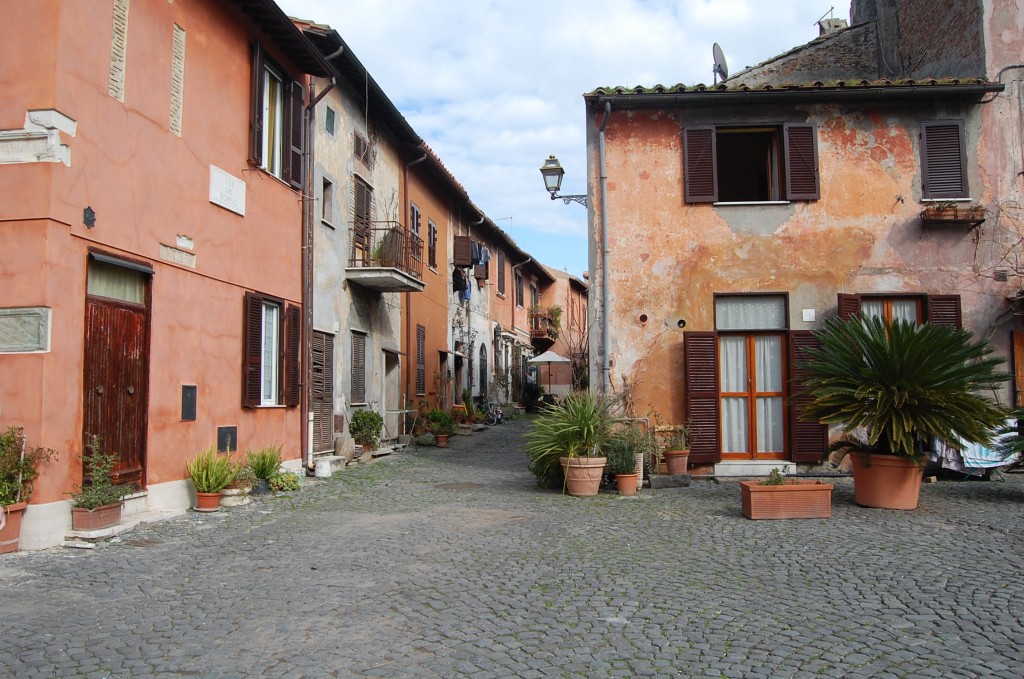 Ostia Antica is what, in my American head, Italy should look like.  Heartbreakingly adorable. 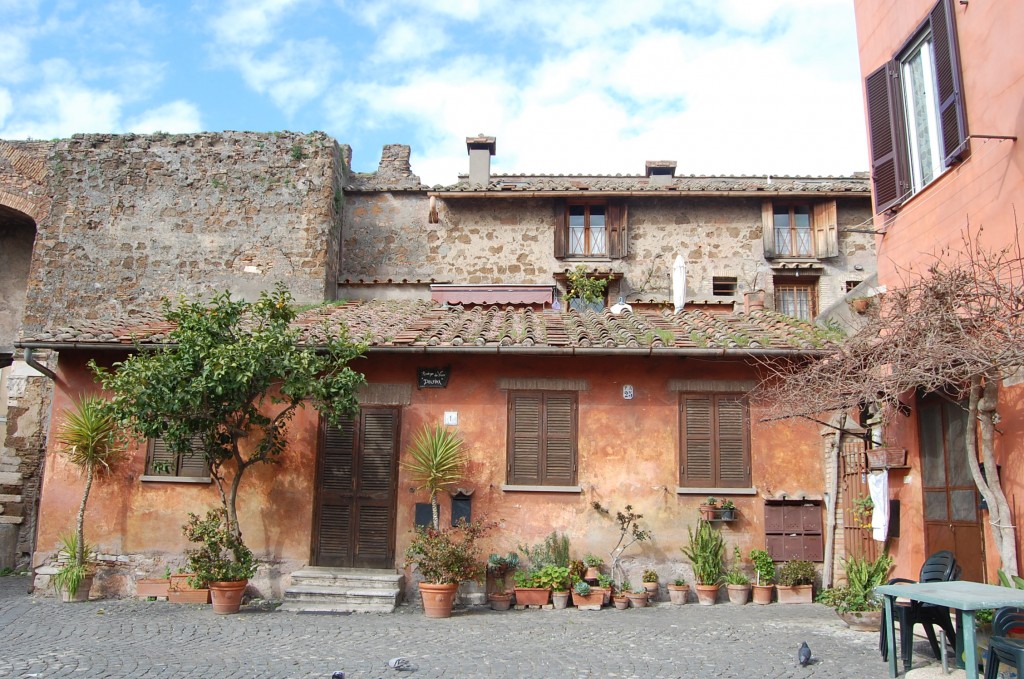 We stopped for an afternoon snack in town so that I could coo over “omg, how cuteeeee” everything was. 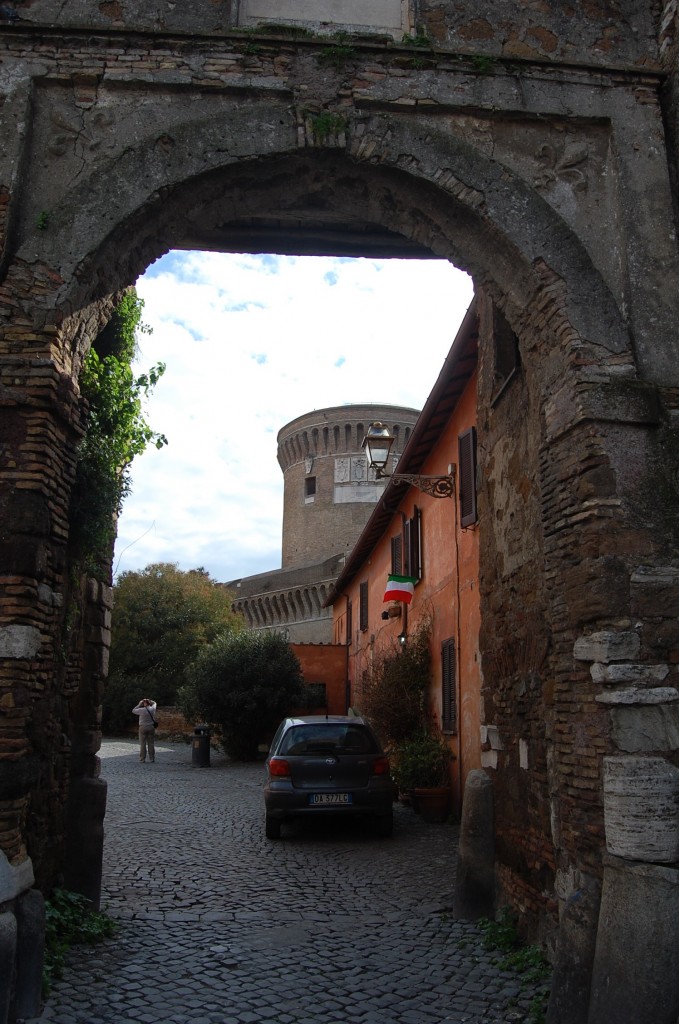 Even though vino in a walled ancient city should be enough of a draw, Ostia Antica is best known for its extensive Roman ruins. 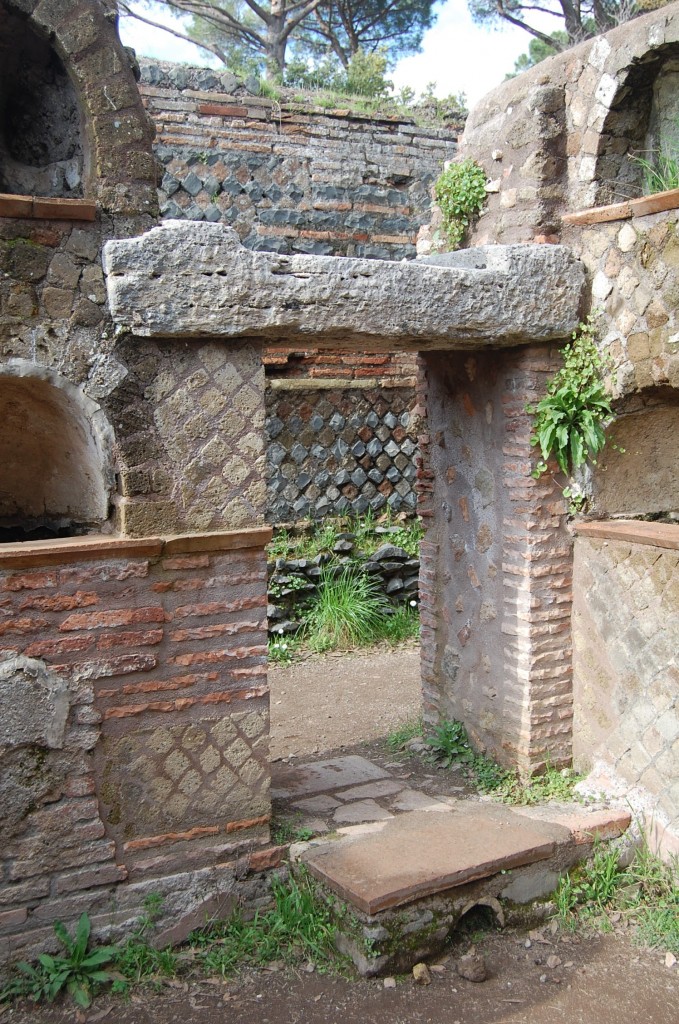 I couldn’t believe that we were allowed to wander at will through the ruins.  Though, be careful to duck. Ancient Romans were relatively short. 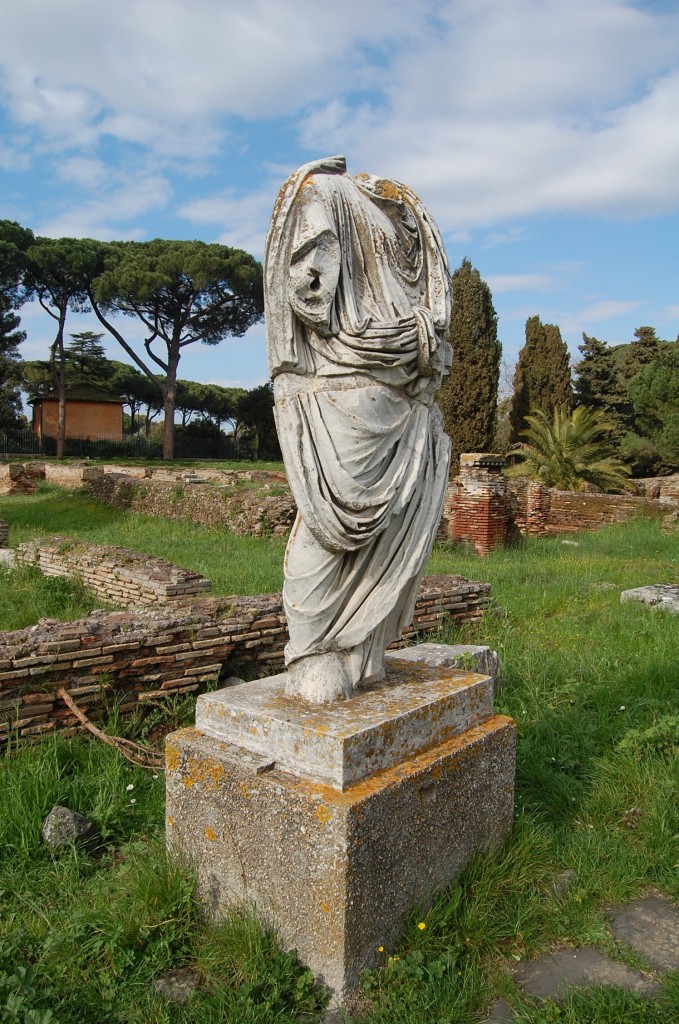 There are plenty of beautiful statues in addition to the examples of homes and even a huge amphitheatre: 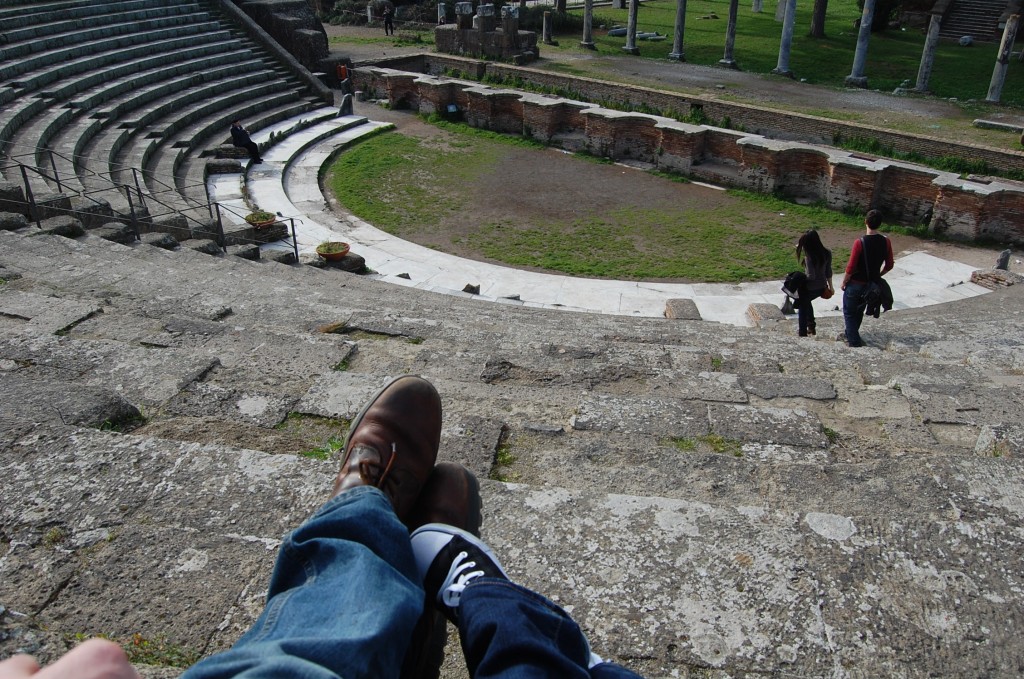 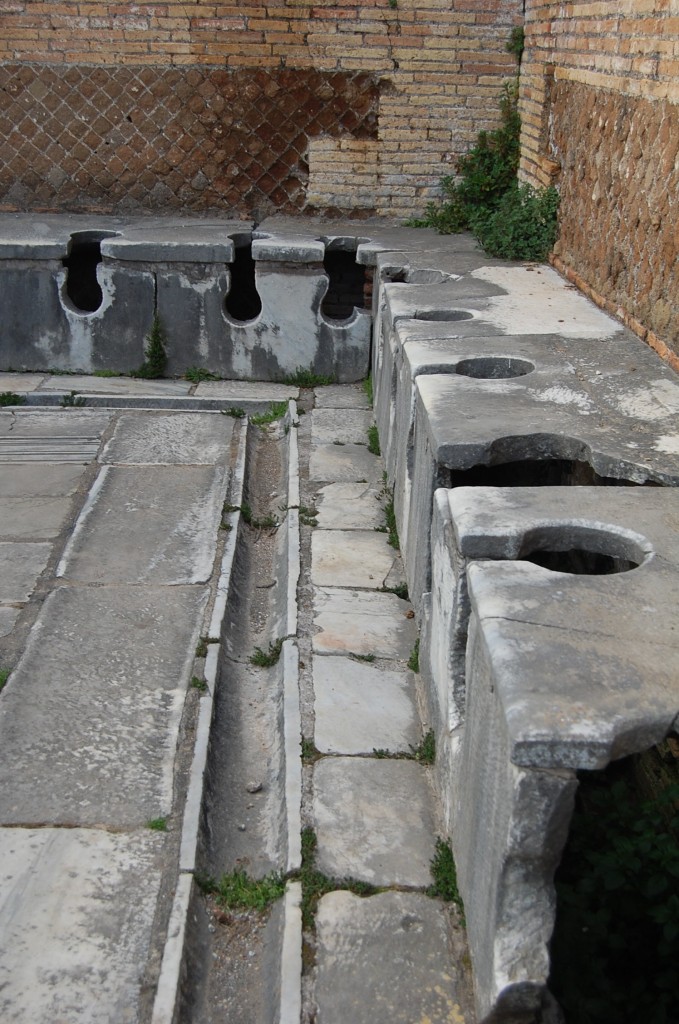 Disclaimer: I am far too old to still find toilet humor funny, but one look at the rather privacy-lite ancient Roman public bathrooms and I may have gotten a small case of the giggles. 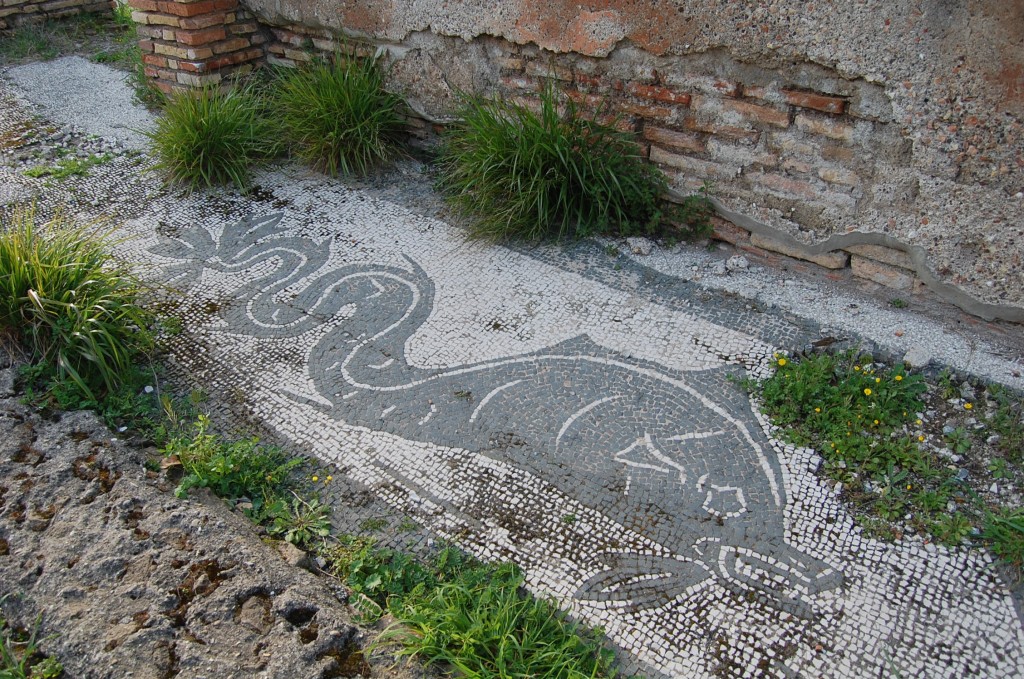 Keep your eyes open for plenty of mosaics in the ruins. (Can I just emphasize that I can’t believe you are allowed to walk all over this? I guess if it made it 2000+ years, it will probably stand up to abuse from a few more tourists).

Mosaics were often used to inform an illiterate public of what kind of services were available inside the business.  A fish could have indicated a bath house.

This was probably a brothel: 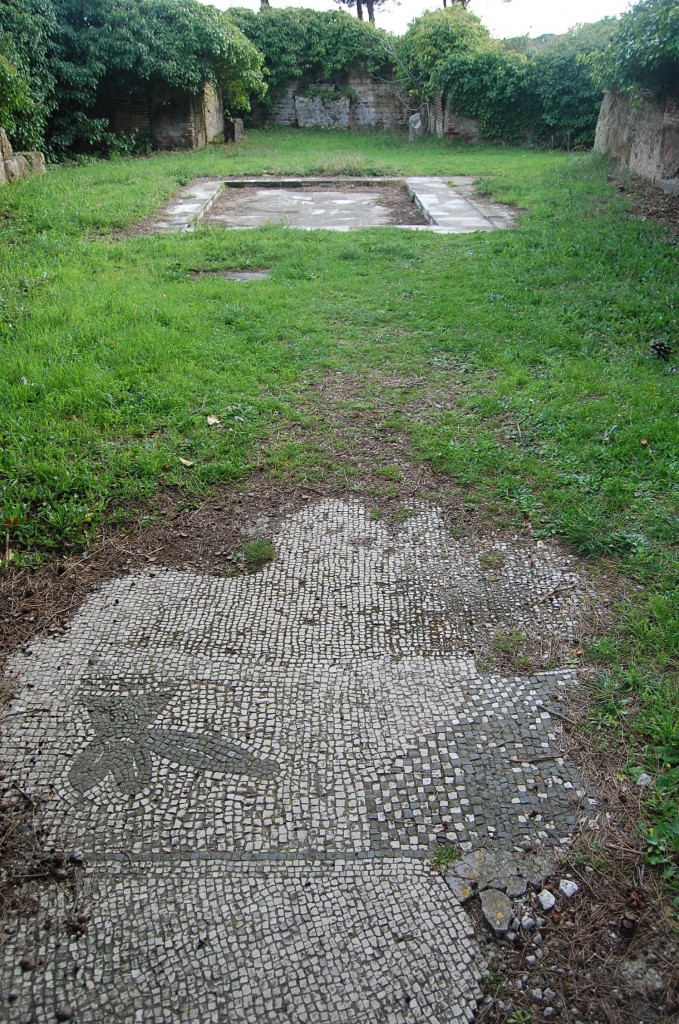 Aaaaaand one more case of the inappropriate giggles.

Ostia Antica is ridiculously easy to get to from the city center.  Just take the Lido train to the Ostia Antica station.

You can take Metro B to Piramide and switch the Lido line there. (Trains run about every 15 minutes).  Your metro ticket (1 Euro) is all you need to ride the train.

When you exit the Ostia Antica station, walk straight up the stairs, over the bridge and down the other side. Keep going straight and soon enough you’ll see the ruins in front of you and the walled city up the road to your right.