It took me almost three months of living in Rome before I made it out to the Vatican.  I had been putting it off because I went through the museum on my first trip to Italy many moons ago.

I decided to take a tour of the Vatican museums instead of wandering around myself.

But I am SO glad I went. Going with someone who knows the history and can present it a fun way, with a charming Irish accent? Worth it.

I also got some inside information- they give secret tours of the Swiss Guard barracks. (Ok, maybe not-so-secret now that I opened my big mouth). 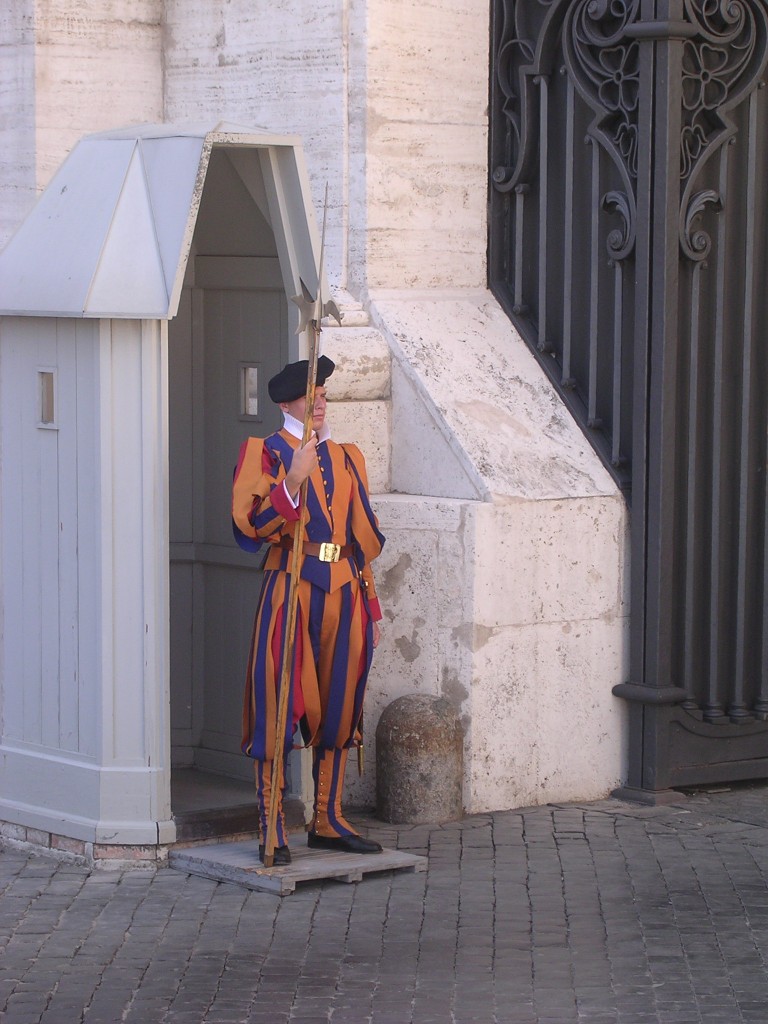 You can read my story about Swiss Guard tours here. Simply put- it is one of the coolest things I have done since moving to Rome.

When the guard took us into the armory and showed us maces from the 1500s, I felt like I was being let into some crazy VIP club. I mean, this is the smallest army in the world! How many people have been allowed in the barracks before??

We could even see the Pope’s window from inside the barracks. Someone was kind enough to point out his toilet window, as well.

Weirdest of all? The English-speaking community in Rome is actually ridiculously small, so now that I’ve been on the tour and met a few of the guards, when they’re off-duty I run into them fairly often.

File all this under: Things I Would Not Have Imagined Happening in My Life

3 thoughts on “Checking Out the Swiss Guards”