There is a lot of street art in my neighborhood and this message isn’t new, but it is certainly timely: 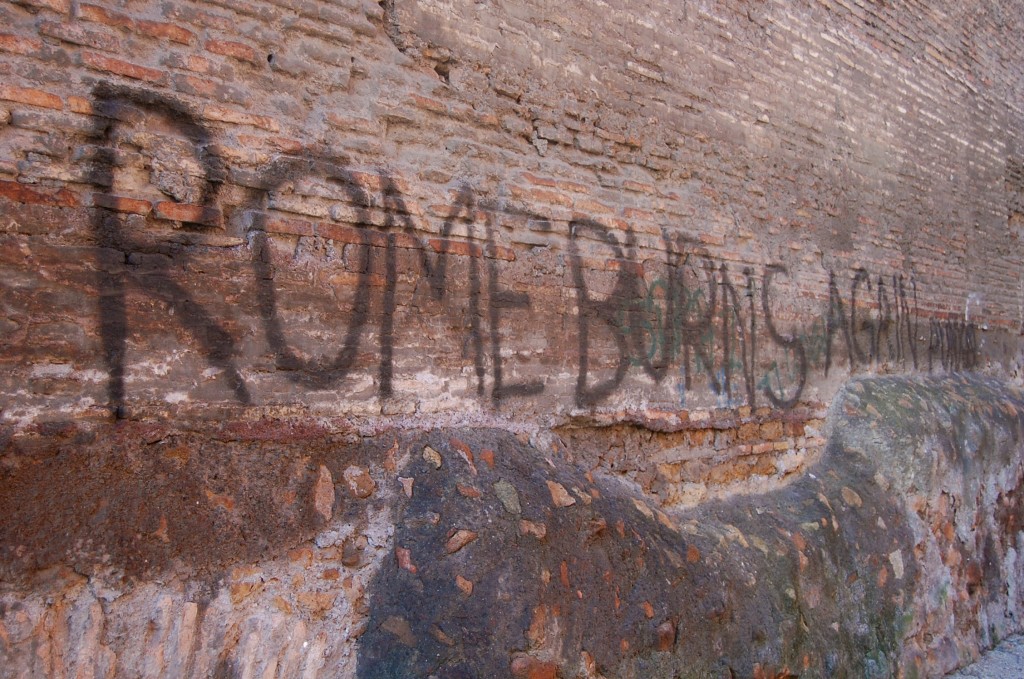 Concerned letters and emails from home are starting to arrive.  There have been demonstrations and protests around Rome for weeks now.  The metros are packed with activists coming from outside of the city to demonstrate in the center.  Many of the protesters are students, angry with proposed tuition hikes.

But yesterday, the Silvio Berlusconi, the Prime Minister, survived a confidence vote. Berlusconi may have temporarily averted the official collapse of the Italian government, but as soon as the results were announced, the protests escalated into riots. 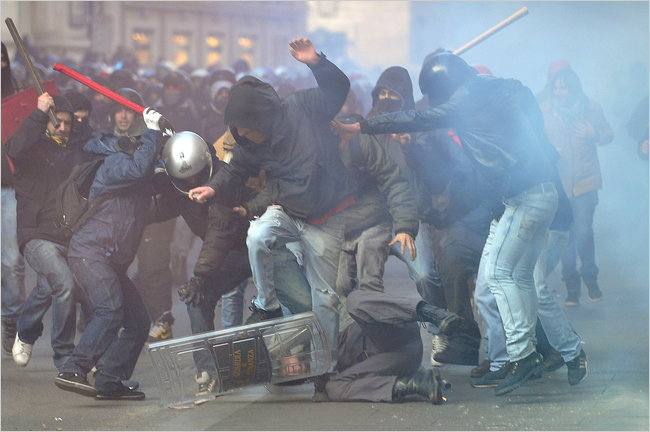 I’m not going to comment on the complicated issue of Italy’s modern politics.  I will say that many Italians, especially young people, have had enough.  I hear it on the subways, at my university, and at dinner over glasses of wine.  The writing is quite literally on the wall- Rome burns again.