Until a few days ago, I was having a love affair with Roman public transportation.  Not having to drive has been amazing.  Sure there are times when it’s inconvenient to take the metro, but it’s been about 100xs more enjoyable than dealing with LA traffic, so I adjusted quickly.

If you are a student, under 26, and a resident of Rome, you can buy a month long metro pass for 18 Euro.  What a steal! A one-way metro trip is 1 Euro, so a monthly pass is a great deal if you need to take the metro/bus to and from school on a regular basis. 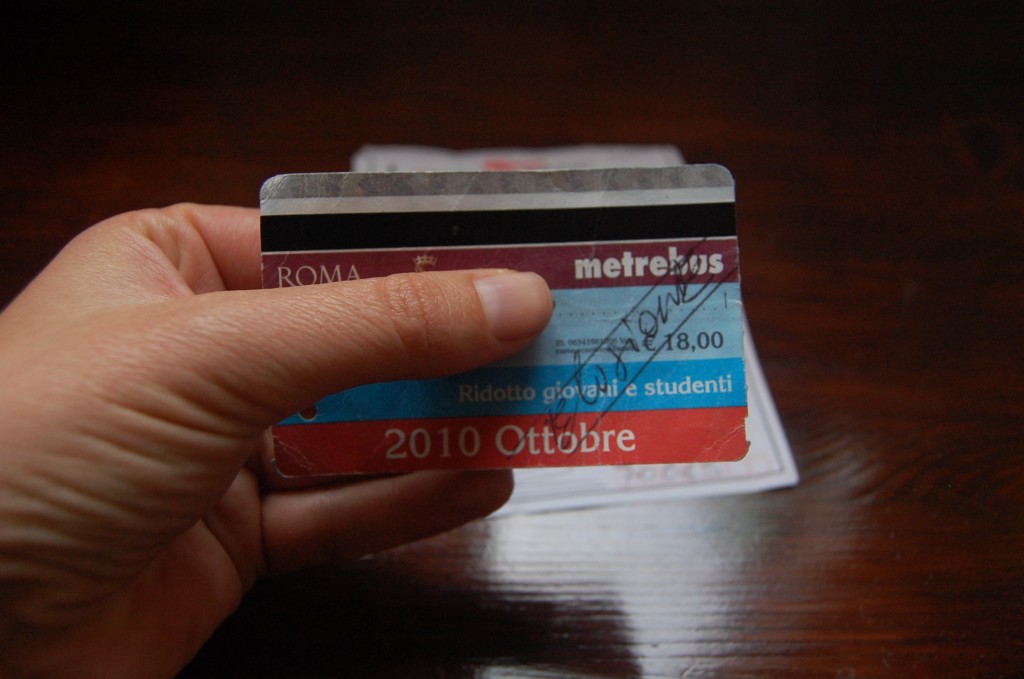 When I bought the 18 Euro pass for students instead of the general 30 Euro pass for all other monthly users, I forgot rule #1 of living in Italy.

RULE #1 OF LIVING IN ITALY: Learn how to read minds.  Use this mind-reading ability to follow rules that, while not posted, are always enforced.

I am 25, a student, and a legal resident of Rome.  This should qualify me for a student metro ticket. BUT I forgot about Rule #1, mind reading.

Masters students do not qualify for student tickets.  Where is this posted? Nowhere. How are you supposed to know this? You just are.  I learned this the 50 Euro hard way.

The metro police asked to see my ticket, and then my “documenti.”

“Ah, Masters. No good. Masters can’t use this.”

I was told I could pay a 50 Euro cash fine there on the spot, or a 140 Euro fine later.  I tried to argue, but he had my passport so it was pretty futile.  I went with the 50 Euro fine which was promptly pocketed.

I demanded a telephone number to call to appeal.  “Non c’è telefono.”

Great. Of course there is no telephone number… but he did give me the address for an office on the back of my ticket.  Awesome. Thanks. 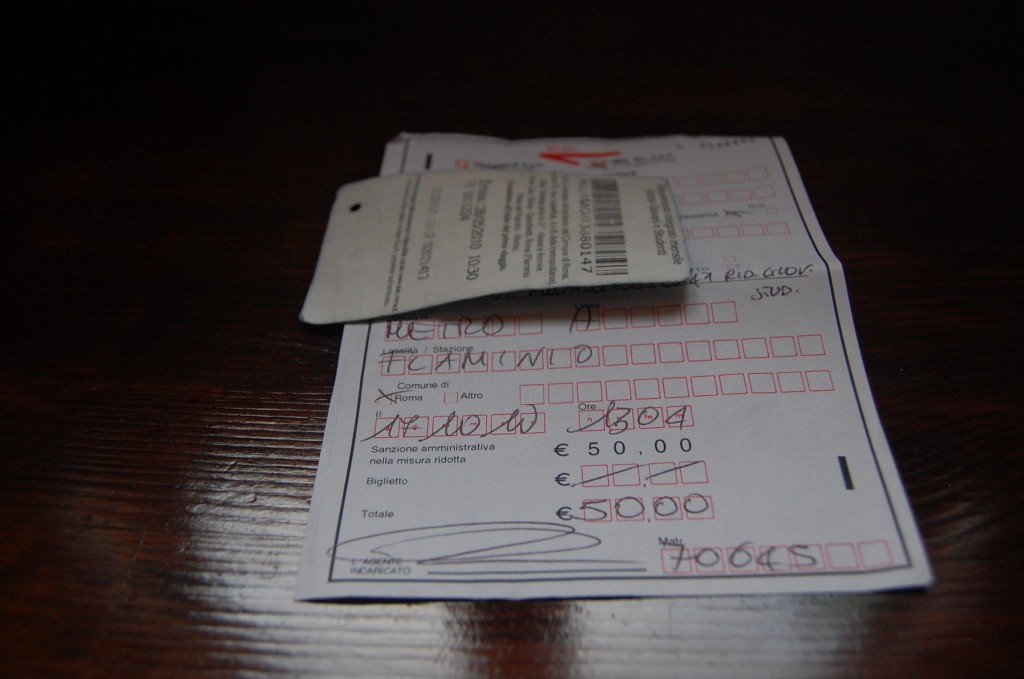 I would march right down to that potentially fake office address if I thought there were even the tiniest chance in hell that I would get my money back.  I’ll just be told- “You should have know that Masters students can’t have this pass.”

3 thoughts on “Encounters with the Metro Police”