Walking through Rome and suddenly stepping onto Piazza della Rotonda to see the Pantheon in all its ancient glory is an unforgettable experience. First, you will note the domed ceiling, then the columns, and near the top of the Pantheon you will see some old writing. There is some complex history around the Latin words on the monument but they are simple to translate. The inscription on the Pantheon says “Marcus Agrippa, the son of Lucius, three times consul, built this.”

Latin on the Pantheon

In Latin, the writing on the Pantheon says “M.AGRIPPA.L.F.COS.TERTIUM.FECIT.”

The Latin is succinct but it translates to mean that Marcus Agrippa, son of Lucius, built this when he was consul for the third time. (Consuls were the chief diplomats in Rome – comparable to a Prime Minister or a President). 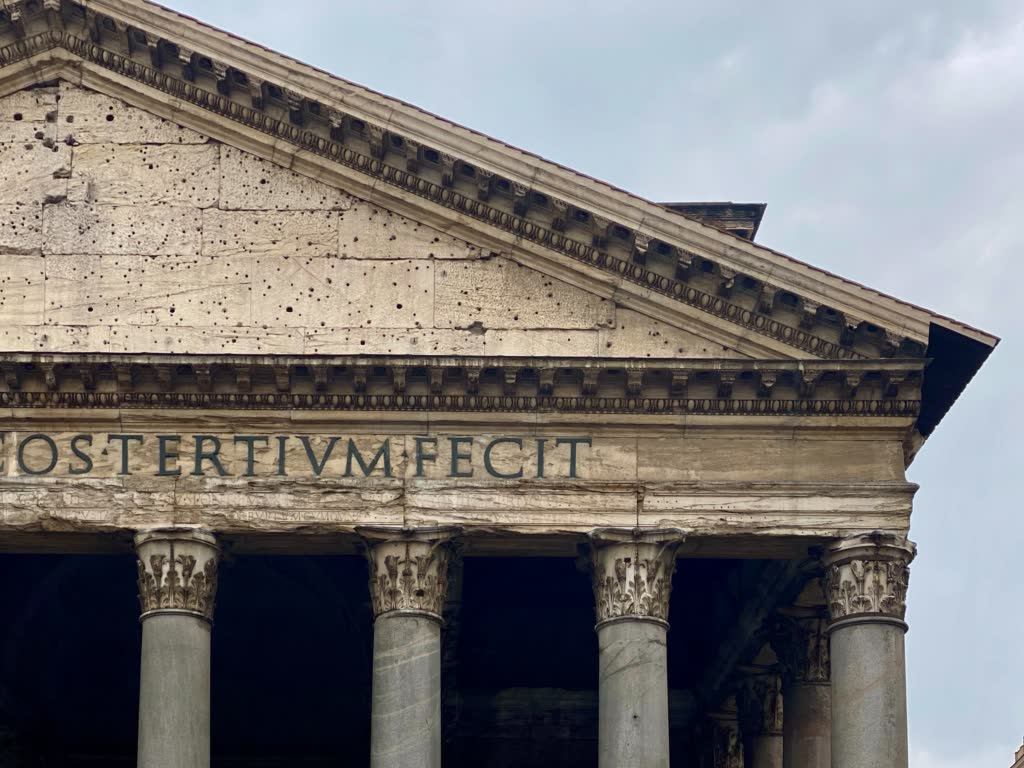 This original building was completely destroyed by a fire. Domitian restored the Pantheon in 80 AD, but ut was struck by lightning in 110 AD and burned to the ground once more. The building was dedicated to the gods (pan being the Greek word for “all” and theon meaning “gods), but the back-to-back destruction of the temple suggested that the gods were NOT happy with it. 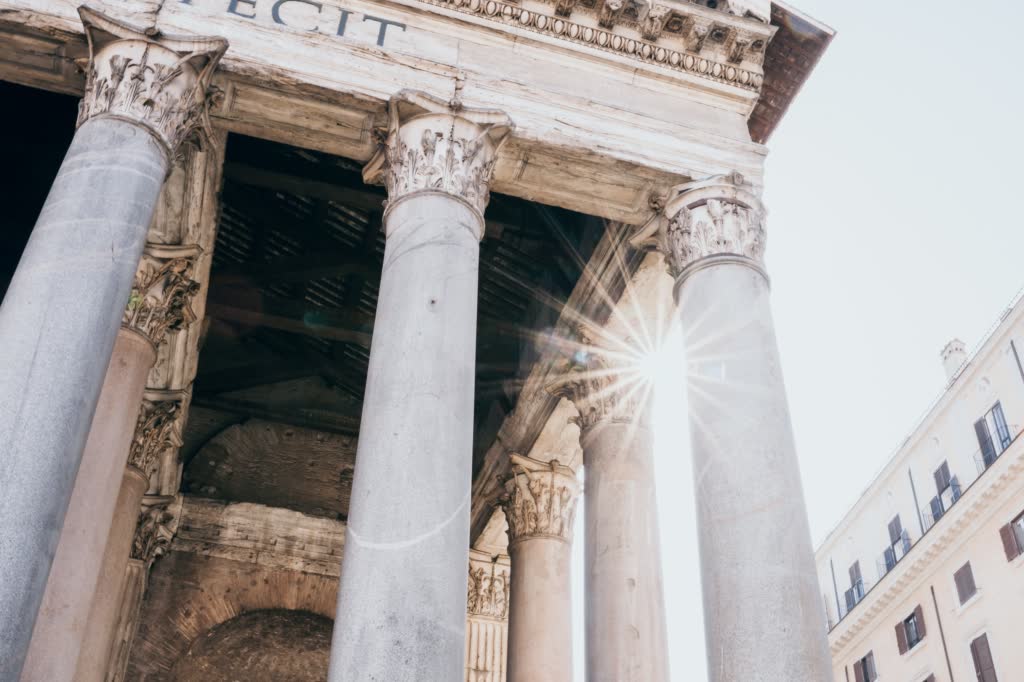 The Emperor Really Behind the Pantheon Inscription

It wasn’t until Hadrian became emperor that the Patheon was completely redesigned and rebuilt. A great lover of Greek influences, Hadrian likely wanted to recreate the building to honor the emperor Augustus – for whom the first Pantheon was built.

Historians aren’t sure why Hadrian put Agrippa’s name back on the facade of the building. He may have added the inscription to the Pantheon as a sign of humility. On the other hand, it could simply be there to reinforce the connection between the building and the emperor Augustus.

In any case, the Latin writing confused academics for years because it didn’t seem like a building Agrippa could have made himself. However, the inscription adds to the ancient allure of the Pantheon – and now you know exactly what it means. 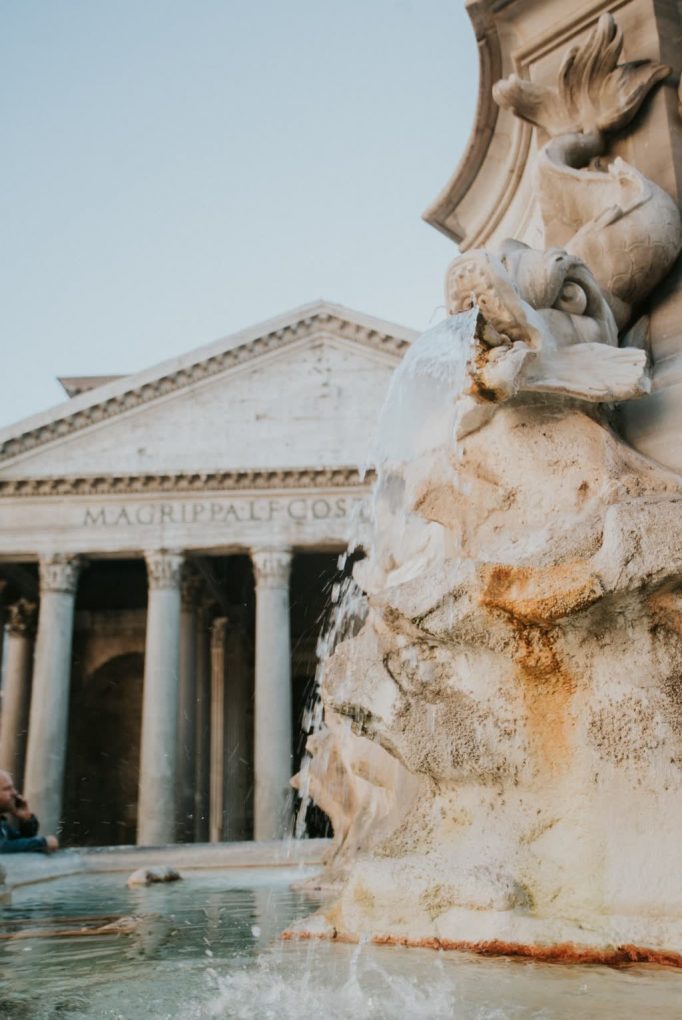 4 thoughts on “The Meaning of the Inscription on the Pantheon”