Imagine walking among the ruins and urban buzz of Rome only to hear a parrot, then see the bright flash of its wings. Parrots in Rome are more common than you might think. However, these tropical-looking birds in Rome are actually brilliant green parakeets. Most are rose-ringed parakeets, to be precise.

With so many parks, villas, and gardens, the birds have lots of space to roam even in the green center of the city. They prefer to land in the Umbrella Pines, but you can also spot them in palm trees and other plants around the Eternal City.

Though the birds regularly take wing throughout the city, two of the best places to see them are in Villa Borghese and Villa Dora Pamphilj – two of the largest parks in Rome. 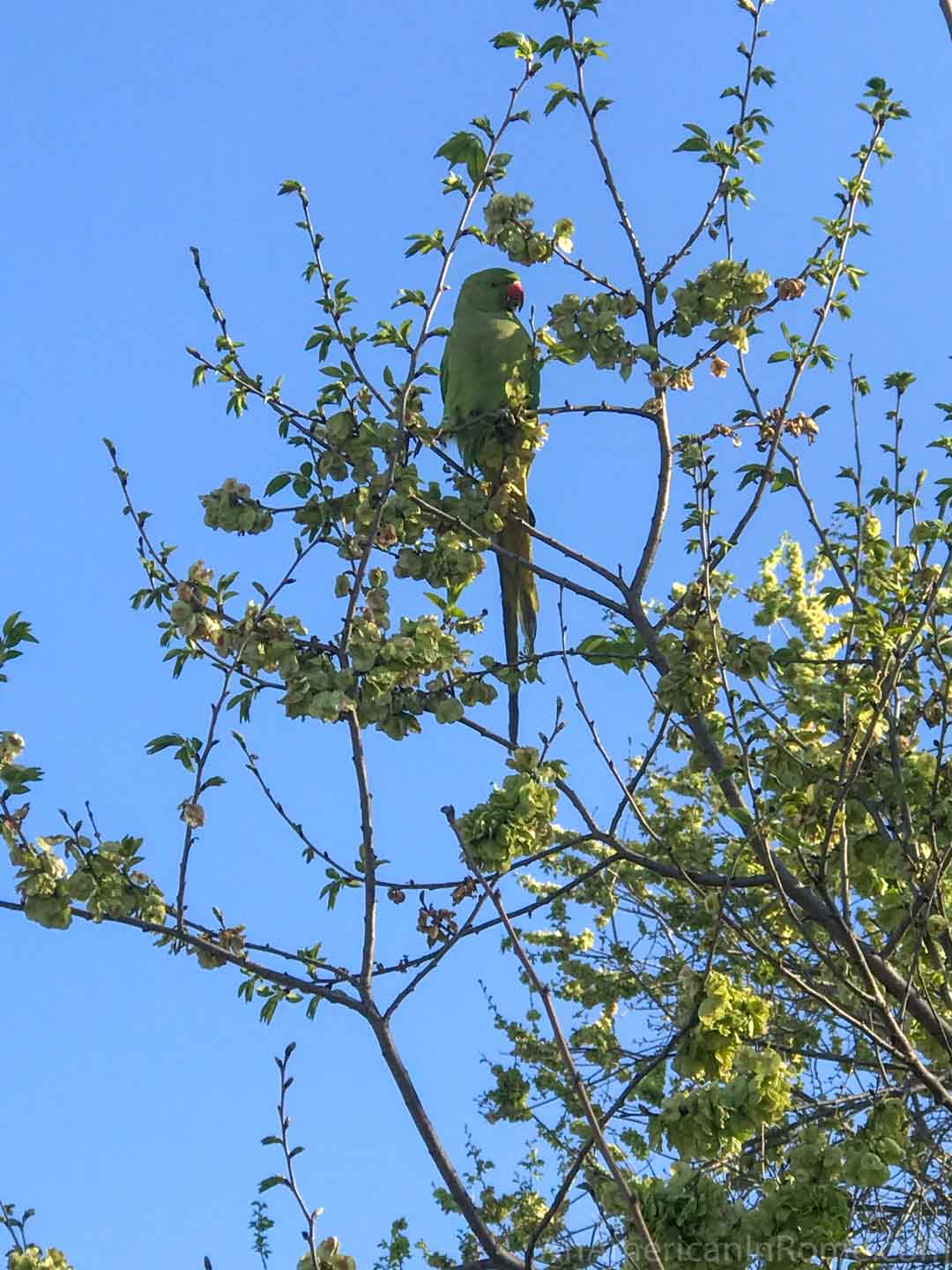 The parakeets are not native to Italy but they have managed to carve out a new habitat in Rome. Rose-ringed parakeets are normally found in Africa and Asia, and the colonies that can be found in the city were probably established by escaped pet birds.

You may also spot the more muted monk parakeets which were also released into the city by private owners at one point.

Now the “parrots” of Rome are just another bit of the urban wildlife that adds color to the city, and they are the most fun to spot. Unfortunately, they do compete with the native woodpeckers and often take over their holes to use as homes.

The Roma parakeets are very social birds so you will probably see them in groups of at least two and probably in much larger flocks.

The birds do not migrate, so you can spot them at any time. They might head out to the countryside in search of food but then tend to stick to Rome’s parks most often. The parakeet’s breed season is between September and December, which is when you might see them out in search of a mate.

We often see them outside in the trees in our courtyard in Testaccio. Keep an ear out for their distinctive calls and you will be alerted as to when they are around. I tend to hear them before I see them because they are very noisy eaters.