Set in Monteverde, the massive green space has trails a plenty for walkers, joggers and even the occasional Tai Chi group.

If you are looking for an actual VILLA (or country home), then you will need to find your way through the park to the Casino del Bel Respiro. 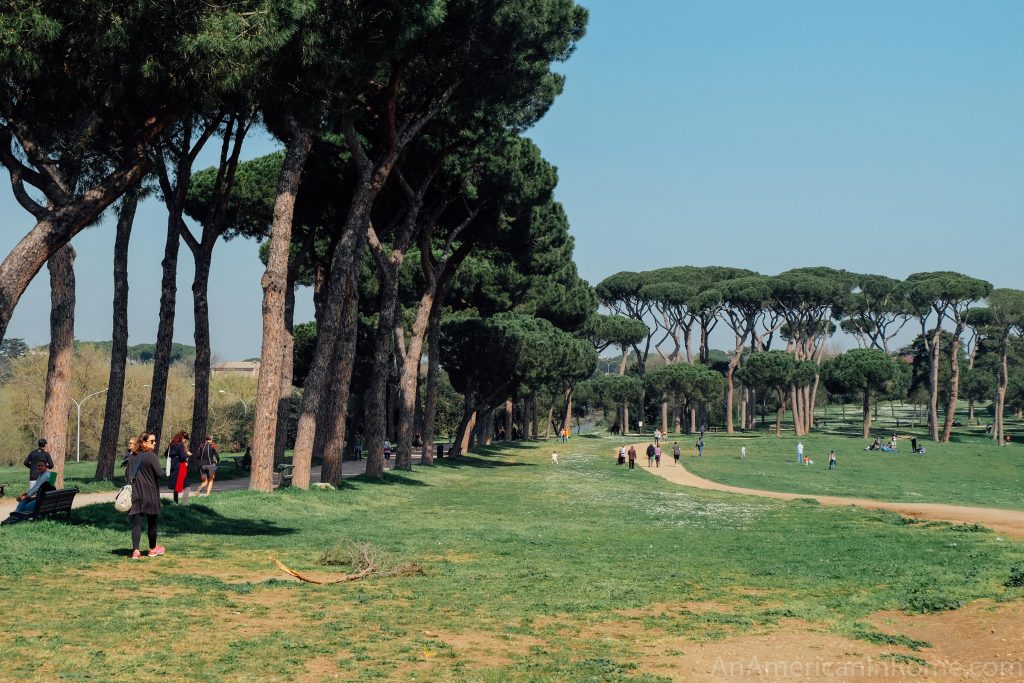 After meandering through fields and under towering Roman pines, you might finally spot the elaborate building peeking over the great walls that protect it. 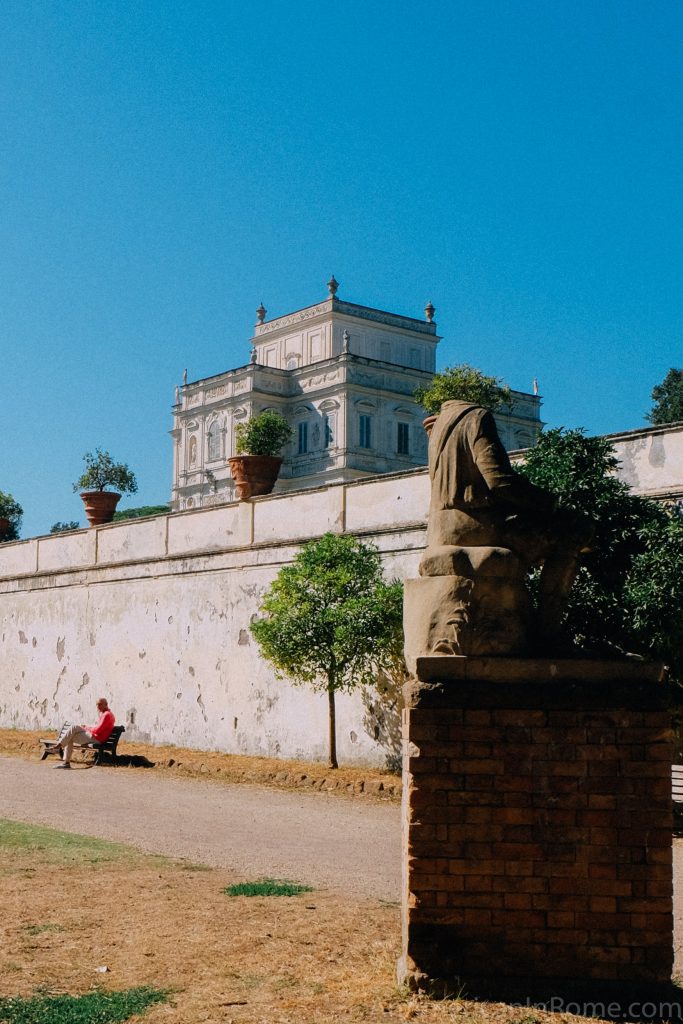 The Casino del Bel Respiro was commissioned by Pope Innocent X and built in 1644.

Though the park is considered fairly central to Rome today, the villa was created in the 1600s as a country home and an escape for the noble family. 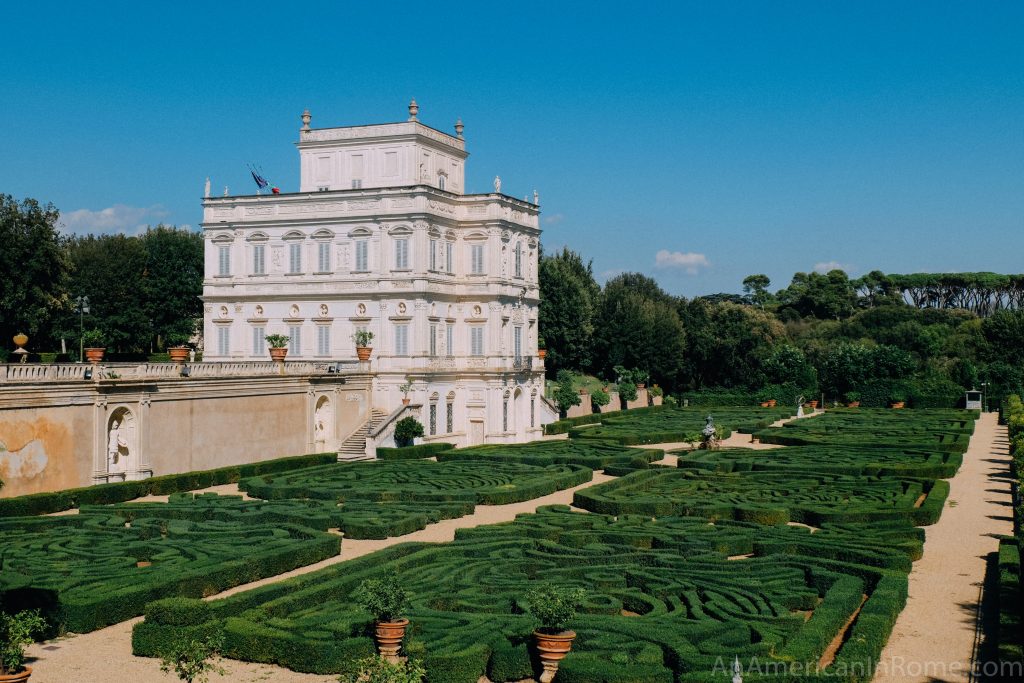 Stately and ornate, the pure white building stands out even more against the carefully manicured gardens that surround the villa. 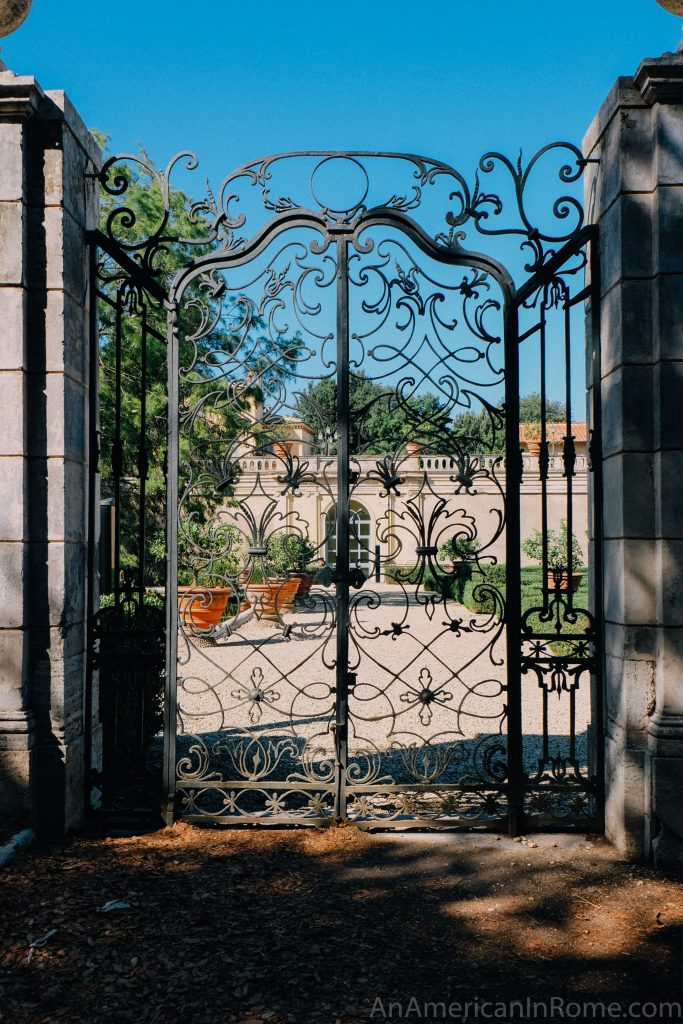 Unfortunately, the Casino del Bel Respiro and its twirling hedges are safely locked away behind wrought iron gates. 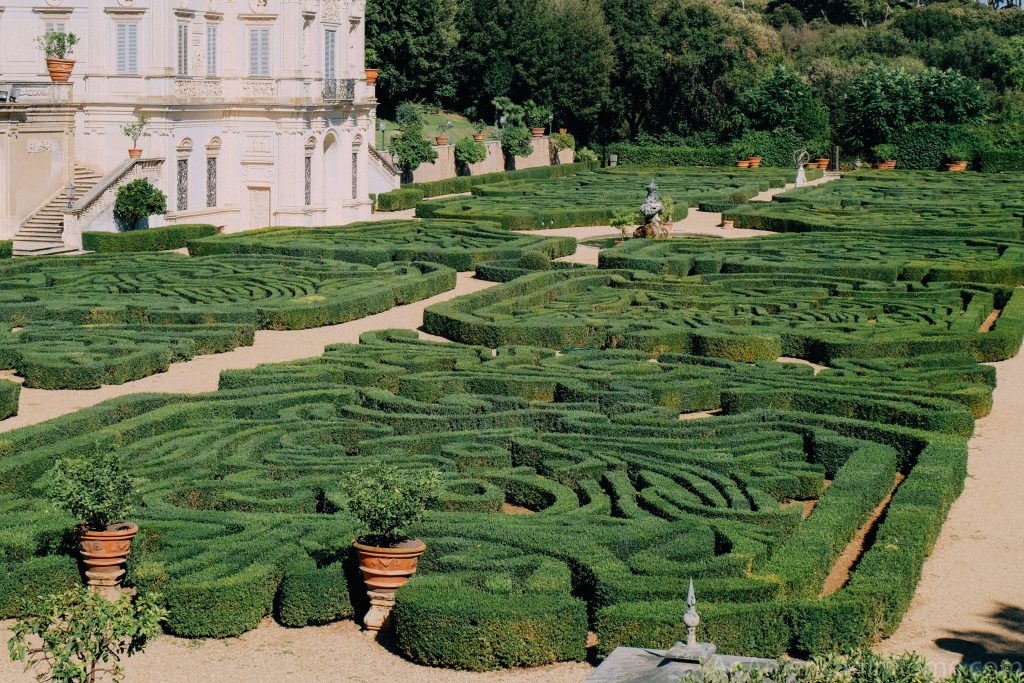 While the park is public, the villa itself is owned by the City of Rome and only used for official state visits. 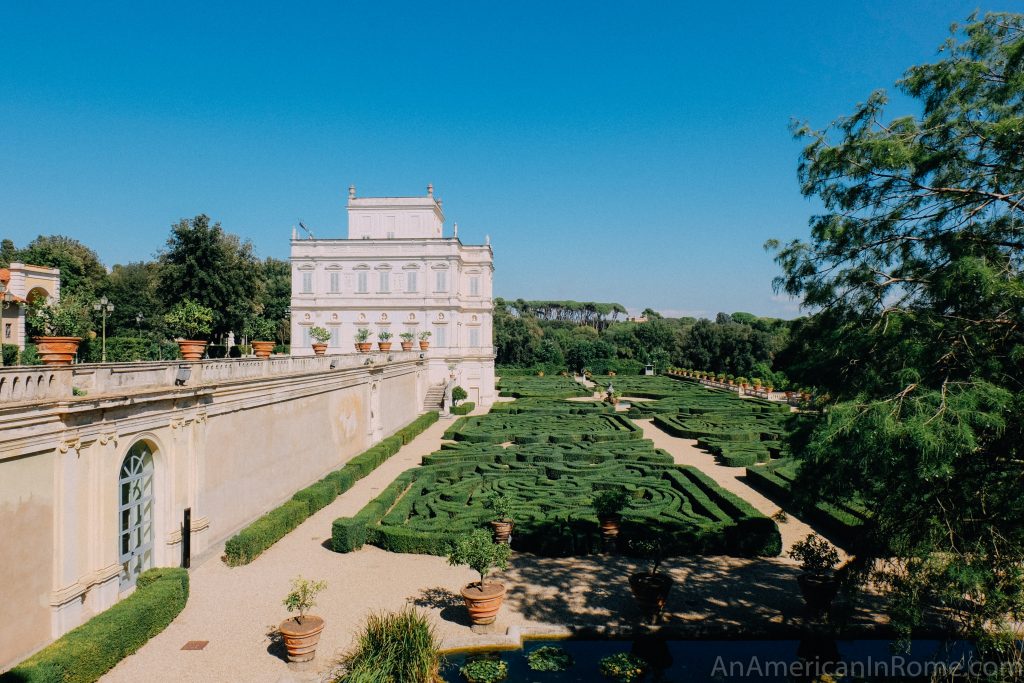 It is a shame because I am sure it is as gorgeous inside as it appears to be from the perimeter. 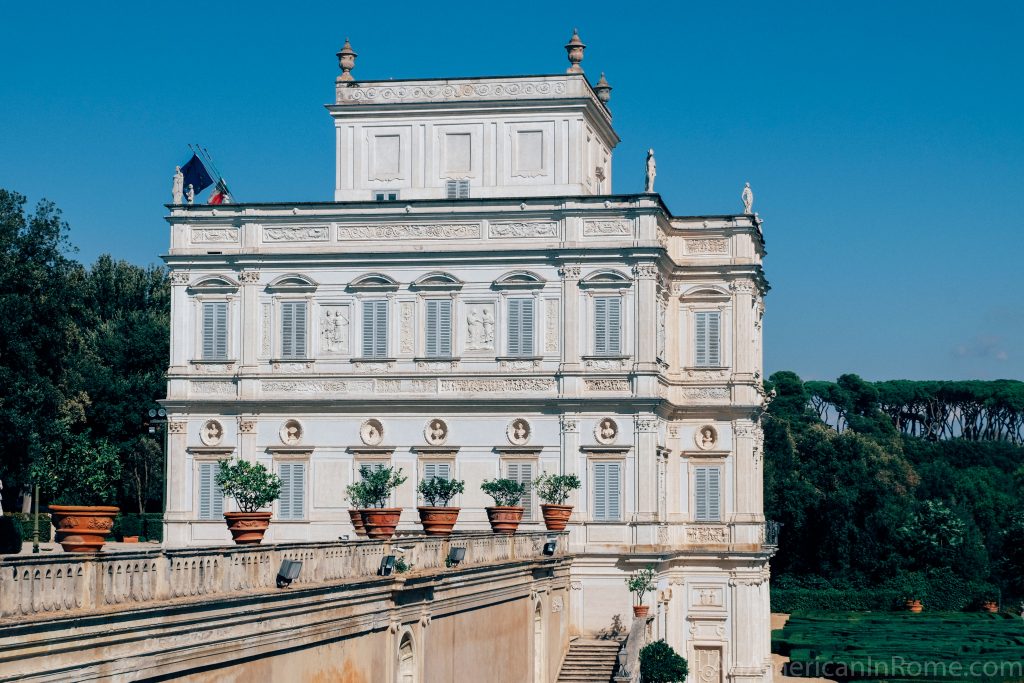 But even if you can only enjoy the villa from the outside, you can still admire the architecture and imagine the princes who once roamed the halls.

Or – if you prefer bloodier history – you can look for signs of the battle that was fought on the grounds in 1849 during the war for the unification of Italy. 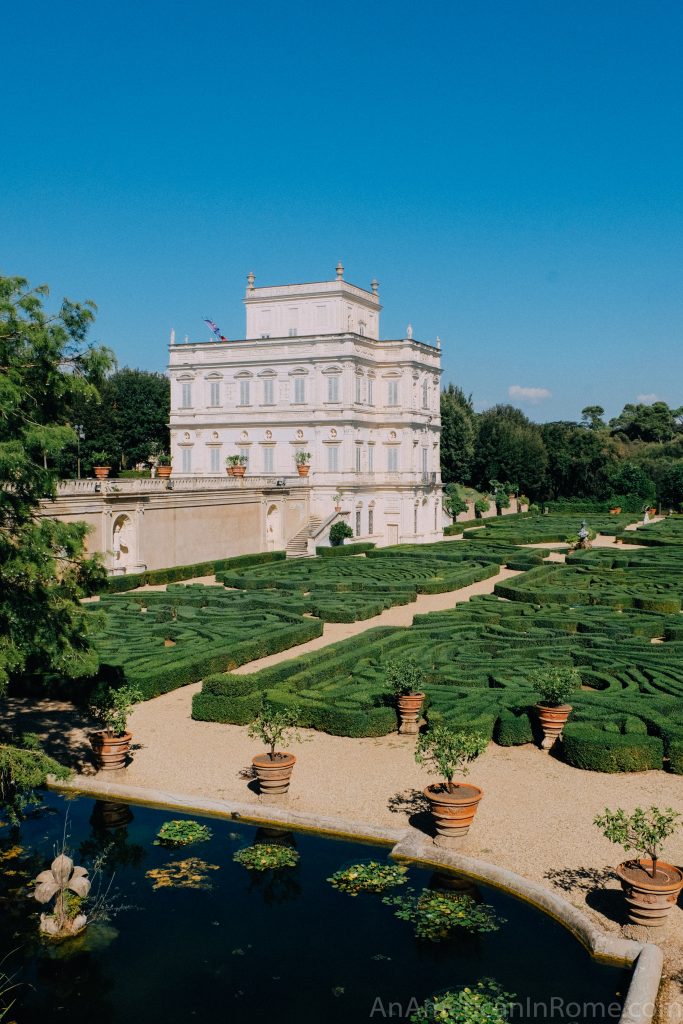 But do you really need a reason to take a walk through one of Rome’s loveliest settings?