Since moving to its new structure in 2012, Testaccio Market has gone through a rapid evolution. While some of the old, traditional stalls have disappeared, the shiny new marketplace (and its electricity and running water) have allowed new eateries to flourish. One of the stalls where you can regularly find me waiting for lunch is in line for a slice of pizza at Casa Manco.

There is no shortage of choice on the Rome pizza scene. In the same market, I suggest stopping by Artenio’s stand for pizzette and at night you should wait for a table and a pizza tonda (large, round pizza) at Da Remo. However, if it’s pizza al taglio you’re after, then look no further than Casa Manco.

Found at Box 22, the pizza by the slice business is run by Paola and Andrea – the married, merry pizza makers. The couple came to pizza making as a second career but we should all be thankful for their foray into food. 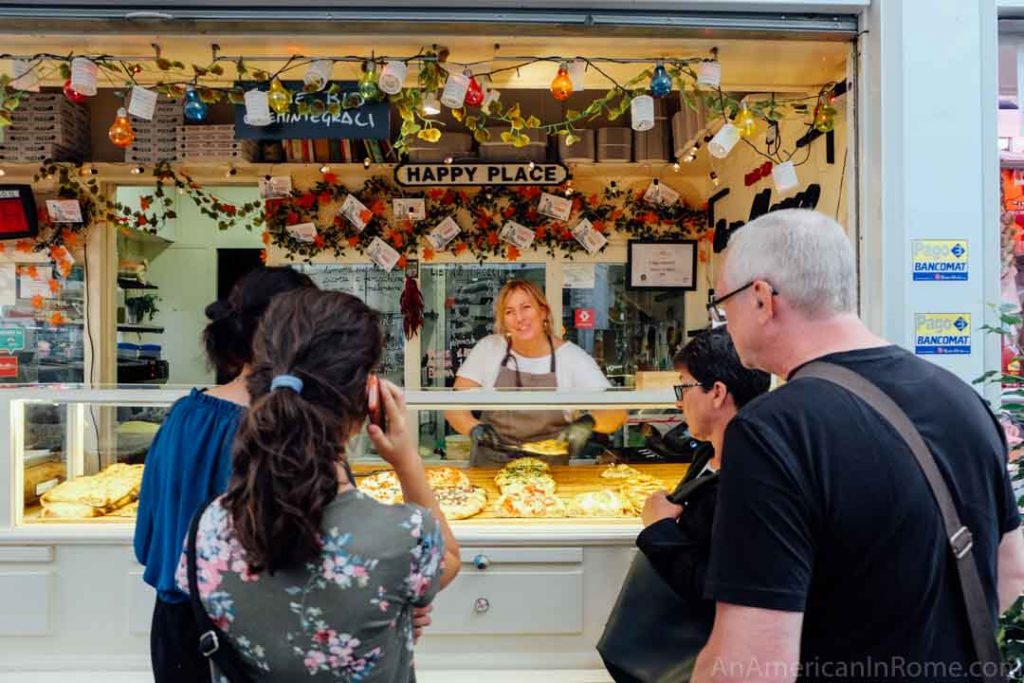 I occasionally stop into the market for a coffee first thing in the morning and while I sit there trying to keep my baby from sticking his fingers in my cappuccino, we often run into Paola walking back towards her pizza stand with a box of fresh produce.

She will wait until the peak of fig season before making prosciutto e fichi, and she even incorporates winter favorites like puntarelle as toppings. Today I had a pizza topped with uva fragola (a special kind of grape), which Paola picked up from the best fruit stall a few rows away. 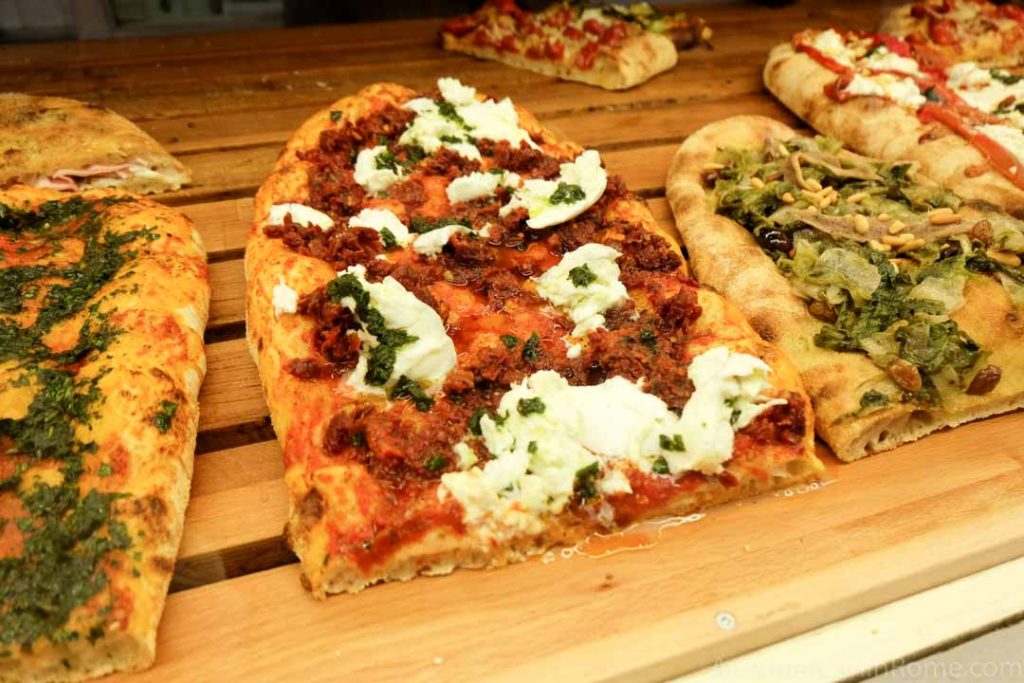 The flavors of pizza can change daily based on what is in season and available in the market that day, but the pizza makers also have a few signature dishes that are usually available.

These include their pizza bianca with sesame seeds or classic margarita. There is usually at least one vegan pizza with hummus and eggplant or tomatoes and olives. Sometimes you can find a turkey and guacamole stuffed pizza that shocked me the first time I ever tried it – I told Paola that it was the first time I ever actually enjoyed guacamole in Rome. All the non-pizza versions I had tried before were poor imitations of a dip I love dearly. 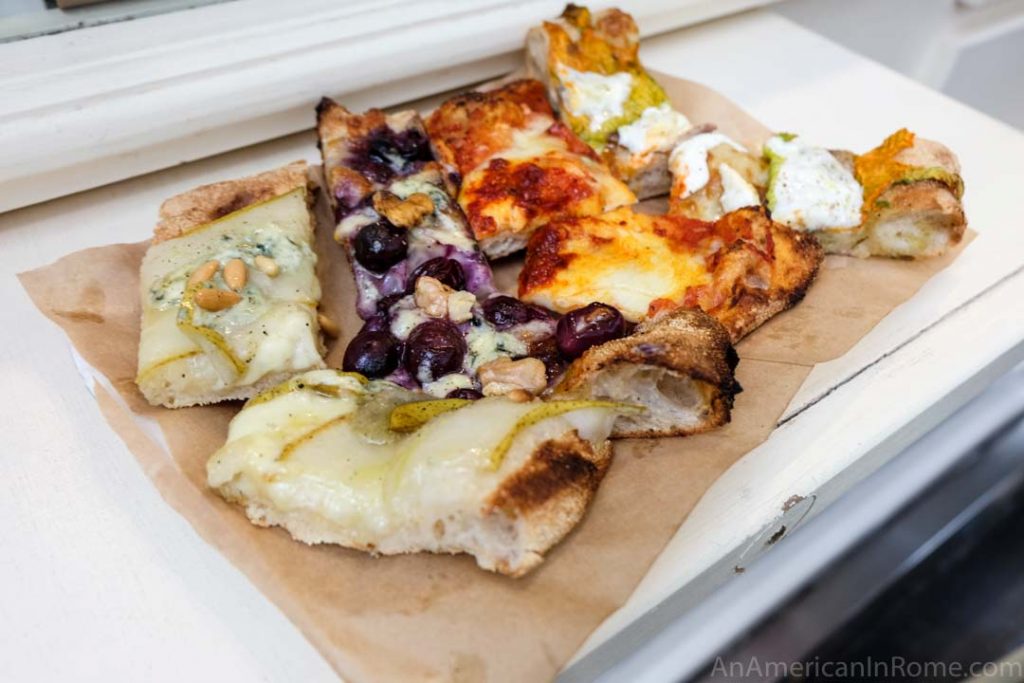 While many of the playful flavors find inspiration from outside of Italy, Casa Manco also makes excellent pizza with nduja (a spicy, spreadable salami from Calabria) or a slice with fennel, olive, and citrus that is inspired by a classic southern Italian salad. 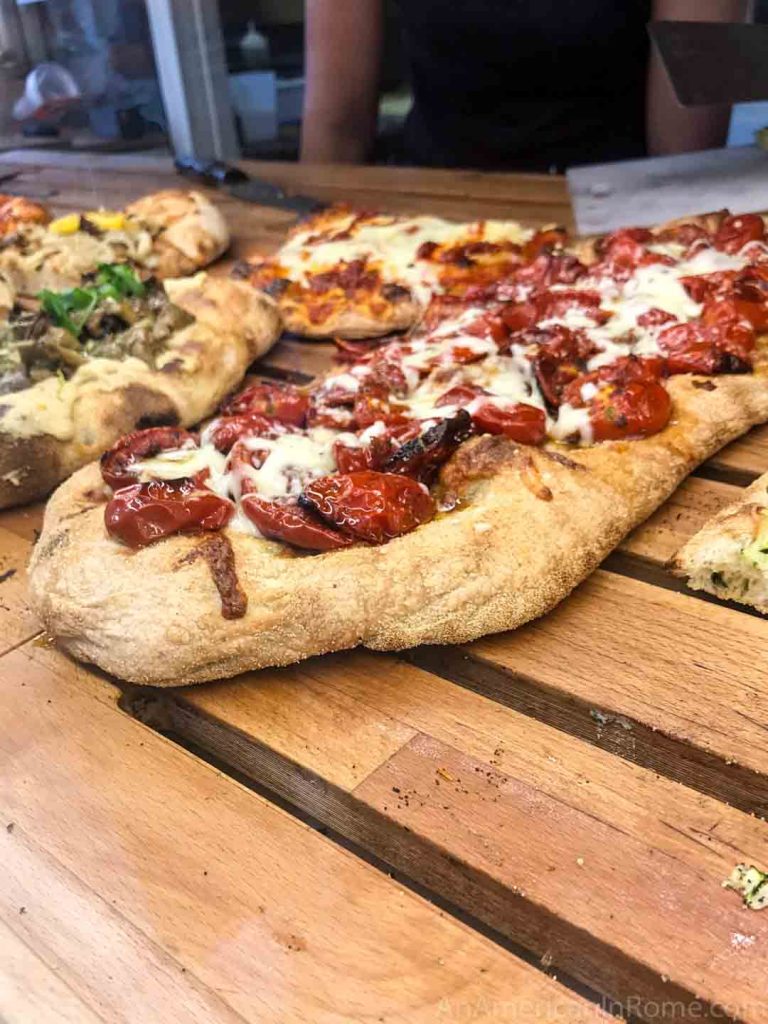 Purists might notice the dough looks a little bit different. This is because it is a mix of four different flours – and the result is perfection. There is crunch where there needs to be, chew where it should be, and a flavor (plus, Italians will tell you, “digestibility”) that pairs with the flavors without distracting from the toppings.

It is also a family business. Of course, Paola and Andrea are there every day, but you might also have a chance to chat with their sons who regularly help on Saturdays. Their daughter also takes part in the pizza making when she is in Rome. 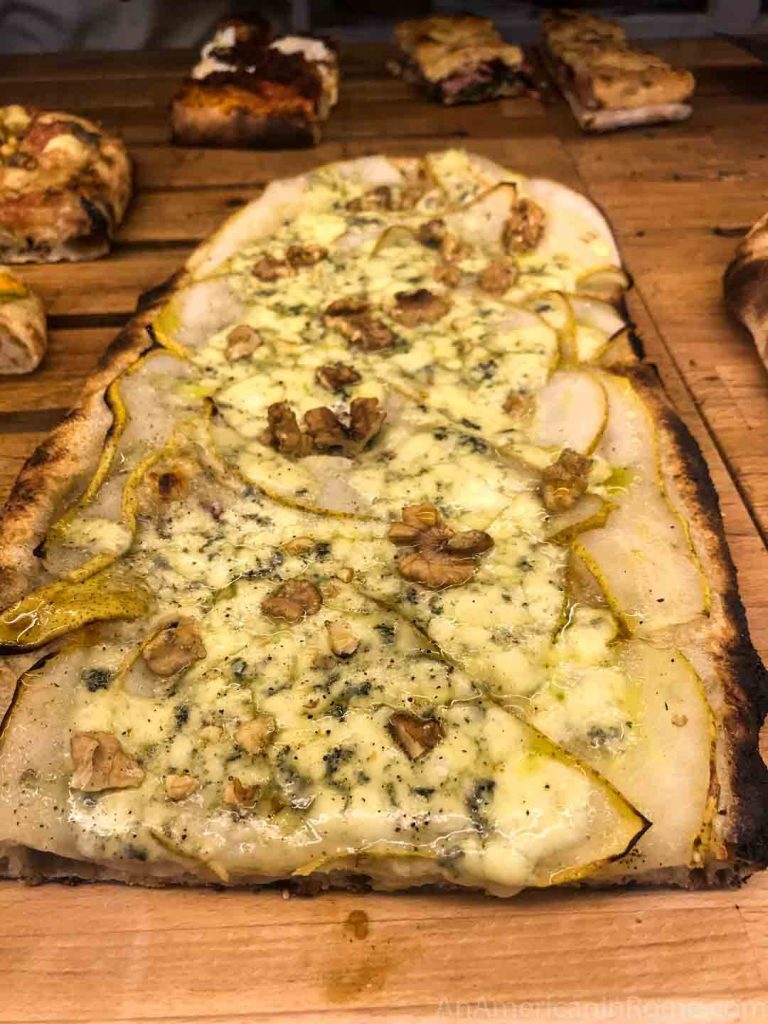 And don’t be shy about ordering several small pieces of pizza. Pizza al taglio is pizza that is meant to be cut to the size you want, and then it is paid for based on weight. Getting a slice of several is the best way to try all of the delicious combos that are constantly being sent out from the small but busy ovens in the back. 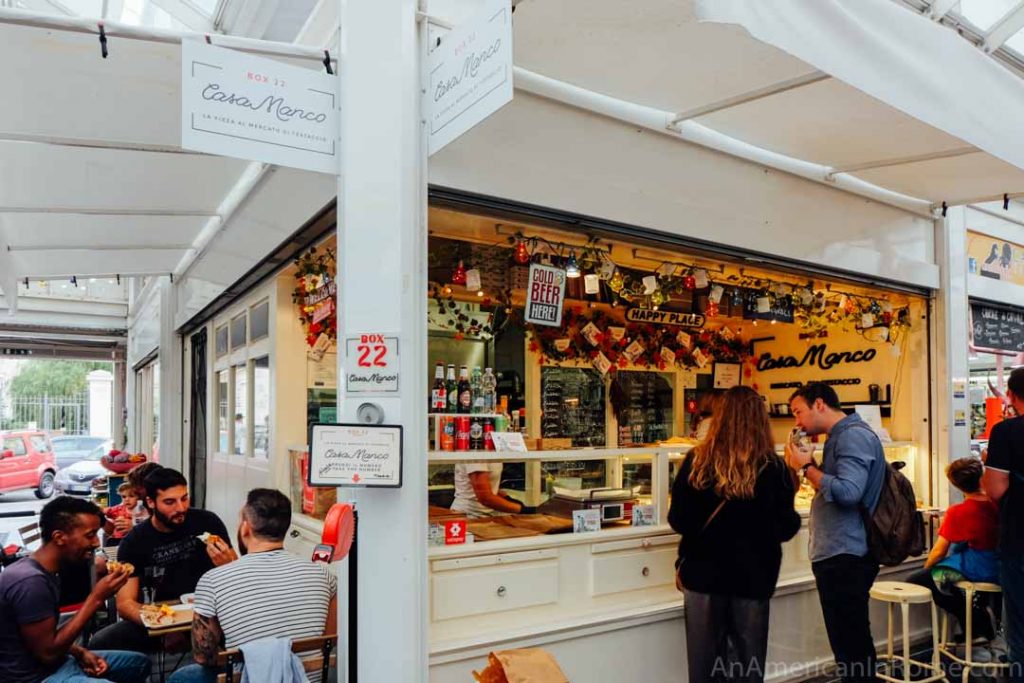 If you are lucky and you arrive when the crowd is small – stop and talk to Andrea and Paola about the pizza that day. I promise that they can tell you the story behind each and every ingredient.

Open Monday through Saturday from about 10 am to 2:30 pm.