First and foremost, Michelangelo was a sculptor. His evocative Pieta in St. Peter’s Basilica is probably his best-known sculpture in Rome, but it would be a mistake to miss Michelangelo’s Moses. 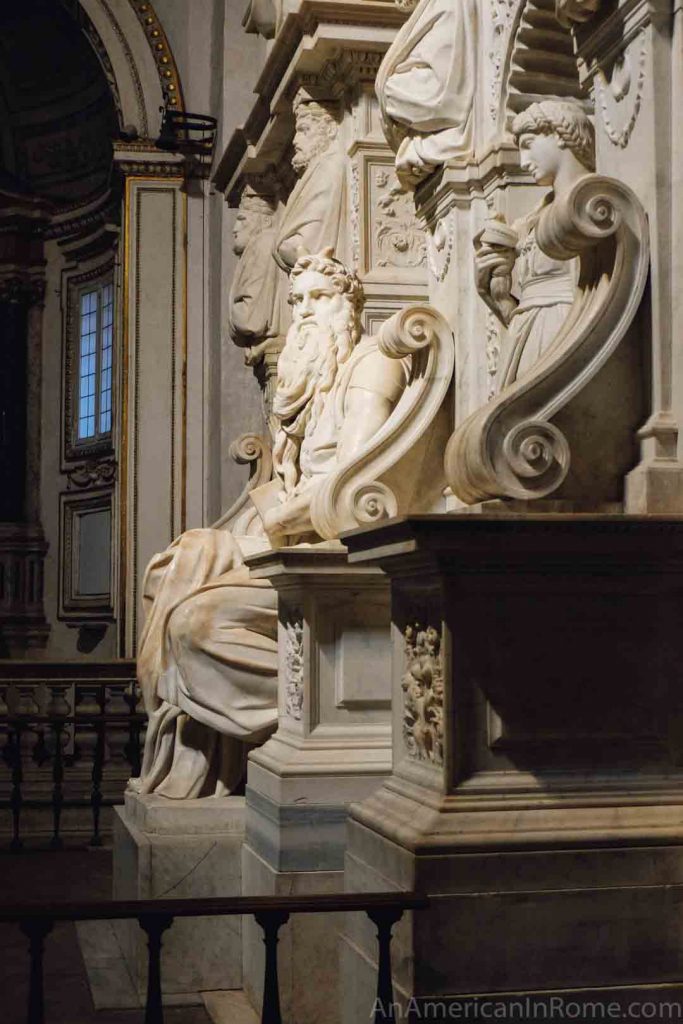 To be more precise, Michelangelo created a horned Moses – and the carved marble figure can be seen inside the church of San Pietro in Vincoli, not far from the Colosseum. 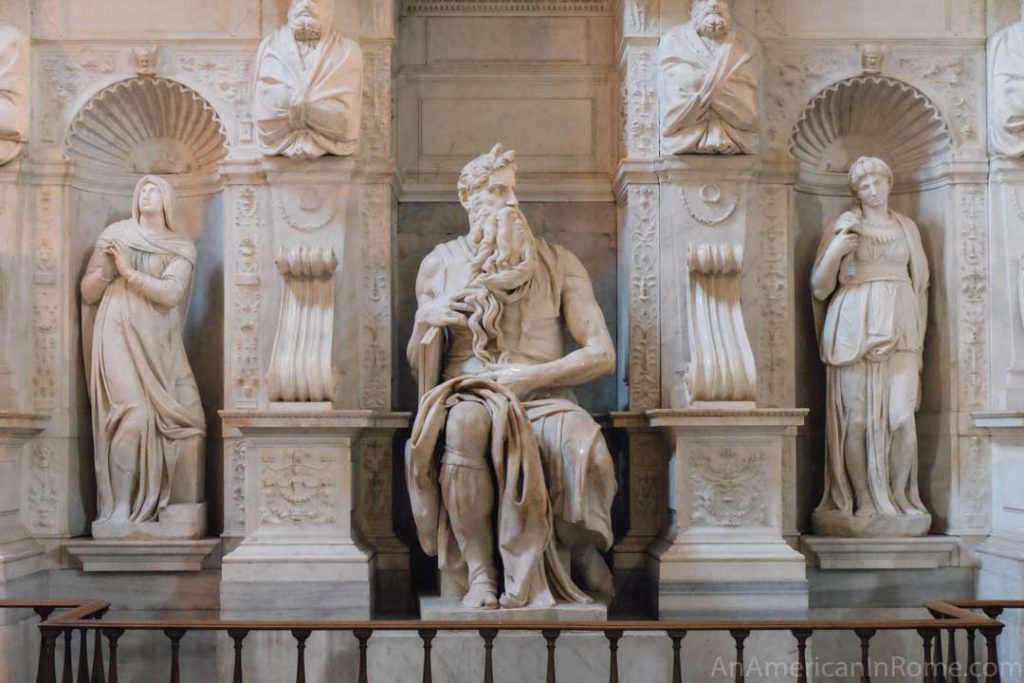 In English, the name of the church is “St. Peter in Chains,” and in addition to Michelangelo’s Moses, it is best known for holding the relics of the chains which once bound St. Peter in Jerusalem. The shackles were brought to Rome as a gift to the Pope and it said that when Pope Leo I held the chains and compared them to those that were used to jail Peter in Rome, the chains miraculously fused together. 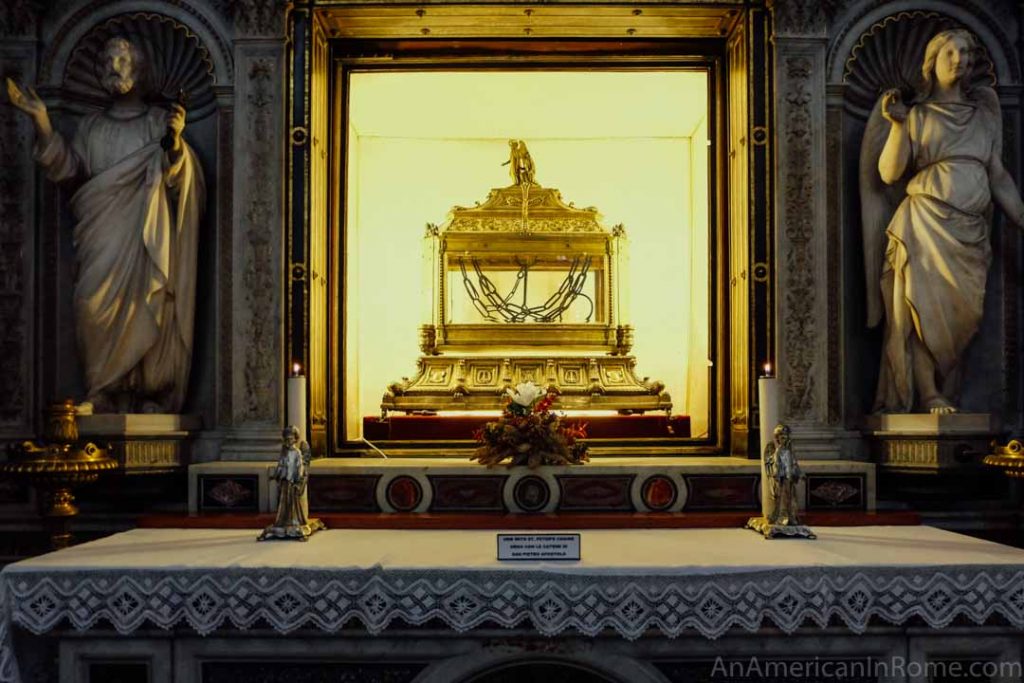 They are displayed under the altar at the front of the church, but most of the (small) crowd will gather just to one side to take in the marble tomb upon which a horned Moses sits front and center. 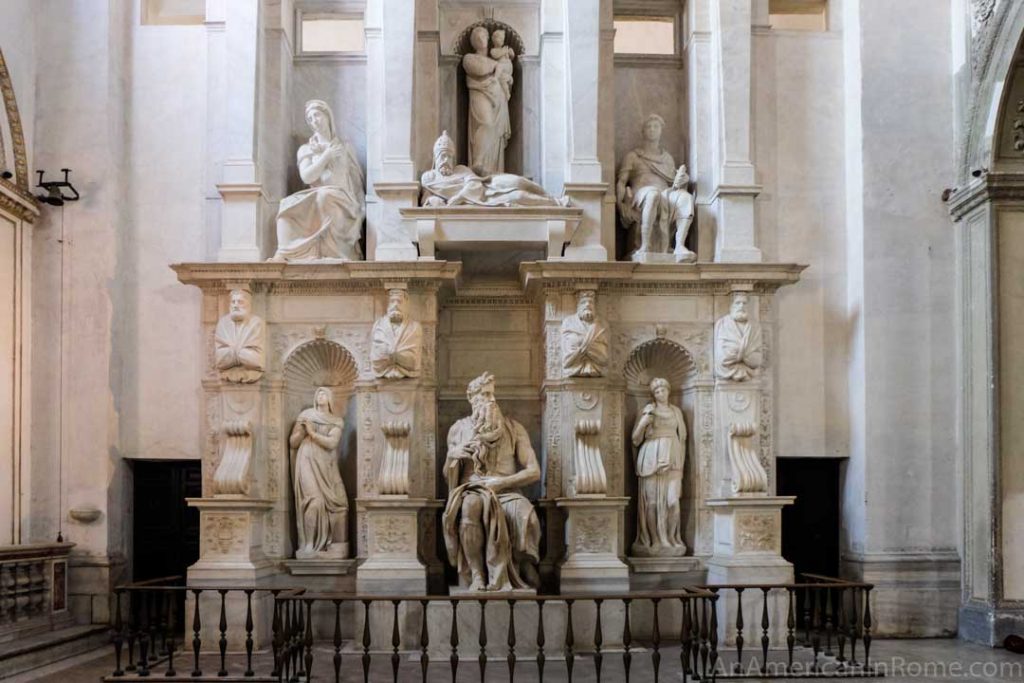 The Moses sculpture fronts what was intended to be a free-standing tomb for Pope Julius II. The monumental burial place was meant to be adorned with more than 40 larger-than-life statues. The Moses figure was intended to be placed higher up, forcing the viewer to gaze upon it from below – which is why the proportions might seem slightly off when it is admired straight on.

Michelangelo’s Moses has horns due to a mistranslation of Hebrew. “Radiated light” and “grew horns” are similar in Hebrew and the Latin translation of the Bible that would have been available when Michelangelo was working on the sculpture between 1513 and 1515 went with “horns.”

Plus, I imagine that horns are easier to sculpt than rays of radiating light. 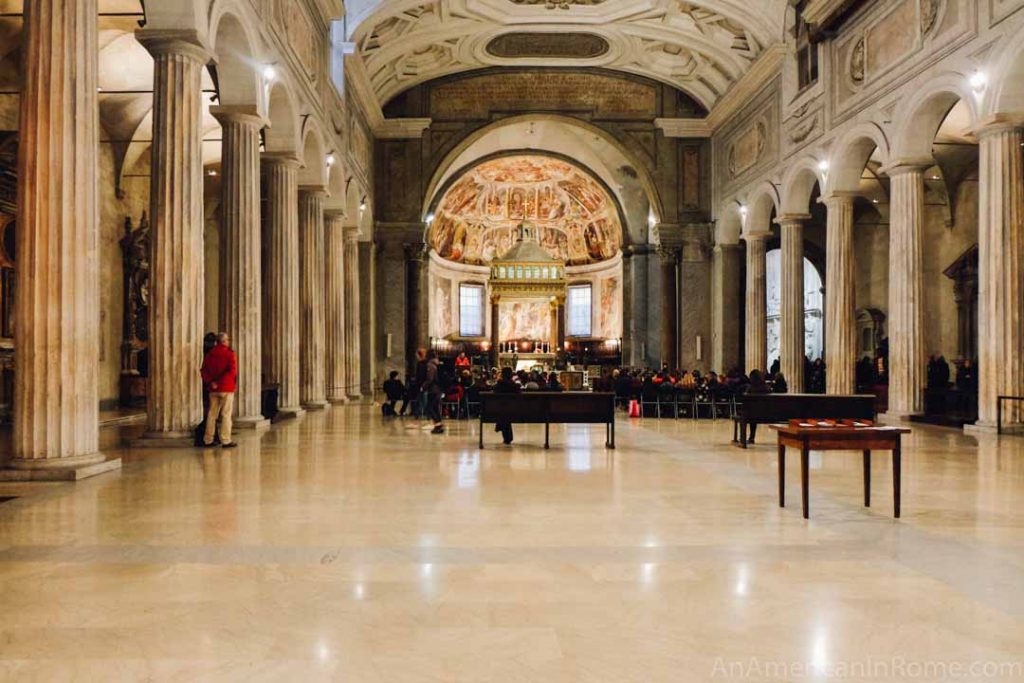 As you enter the church, the horned Moses will be in the back to the right. 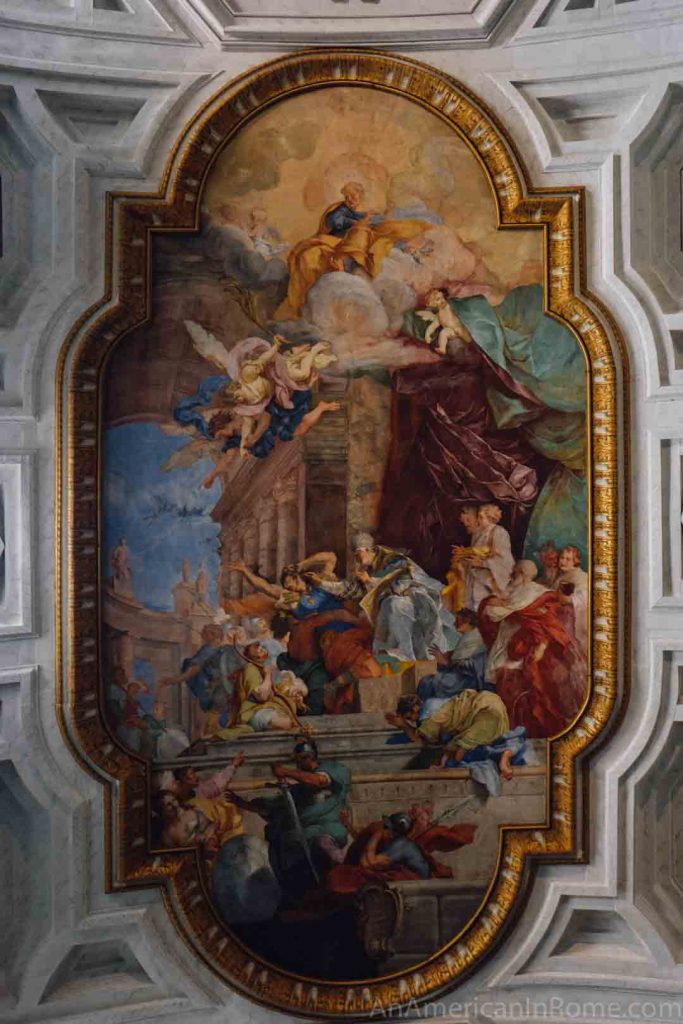 An extremely helpful security guard would not let me leave until he directed me back to a fresco fragment from the 5th century. Yes, the horned Moses is the big attraction but the church is clearly worth a visit for many reasons. 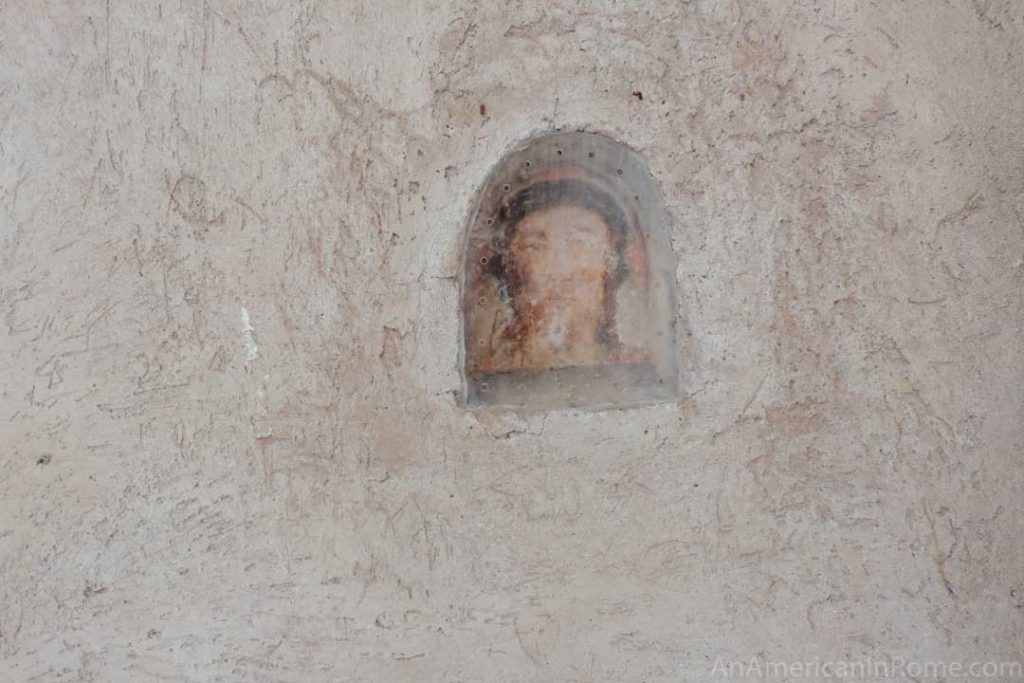 If you are not sure where it is, the easiest way to find San Pietro in Vincoli is to climb the stairs from Via Cavour. The church is at the very top. 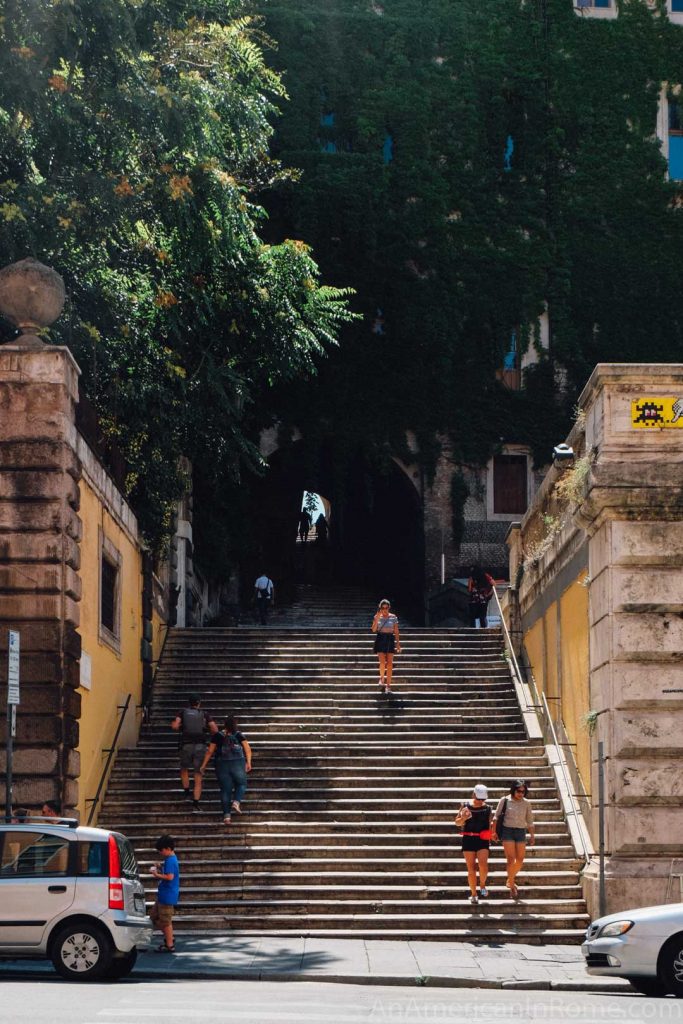 4 thoughts on “Michelangelo’s Moses in Rome”