There are few places in Rome that are as well known or as crowded as the Trevi Fountain. I get it. It is one of my favorite free things to do in Rome, too. But what boggles the mind is that so few people know about Galleria Sciarra, which is a two-minute walk from the thundering fountain. 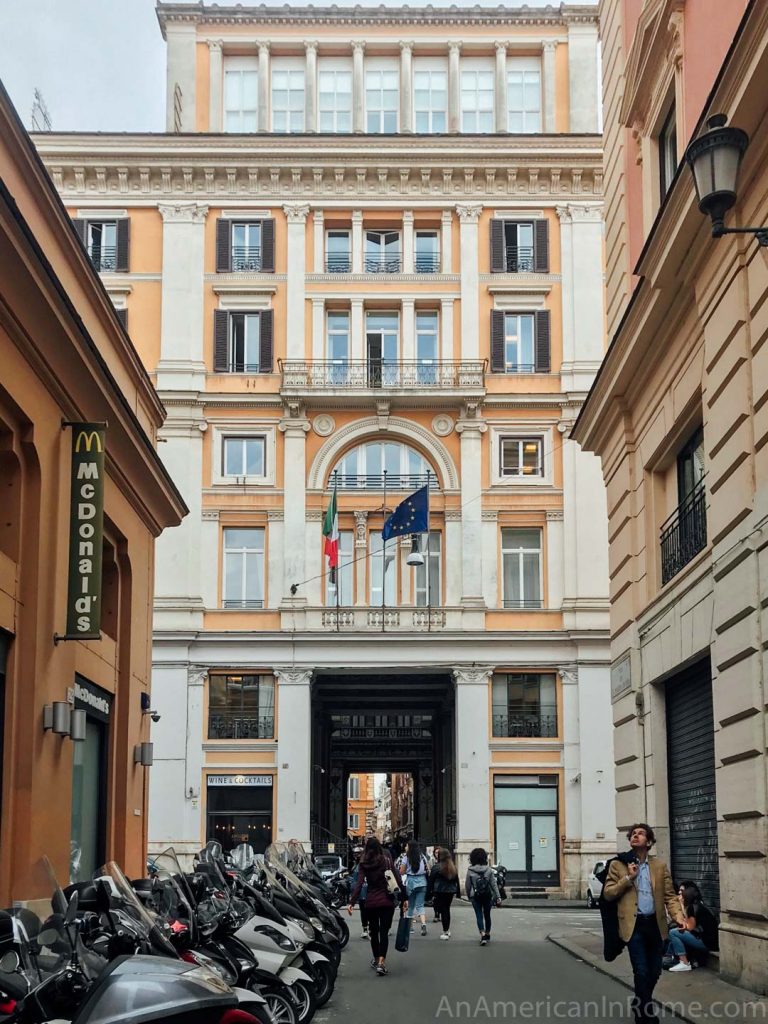 There it is – looking all simple right behind the McDonald’s.

While the facade of the building is truly typical, the interior of Galleria Sciarra is breathtaking, though you only start to catch your first glimpse of it as you wander through the entrance. 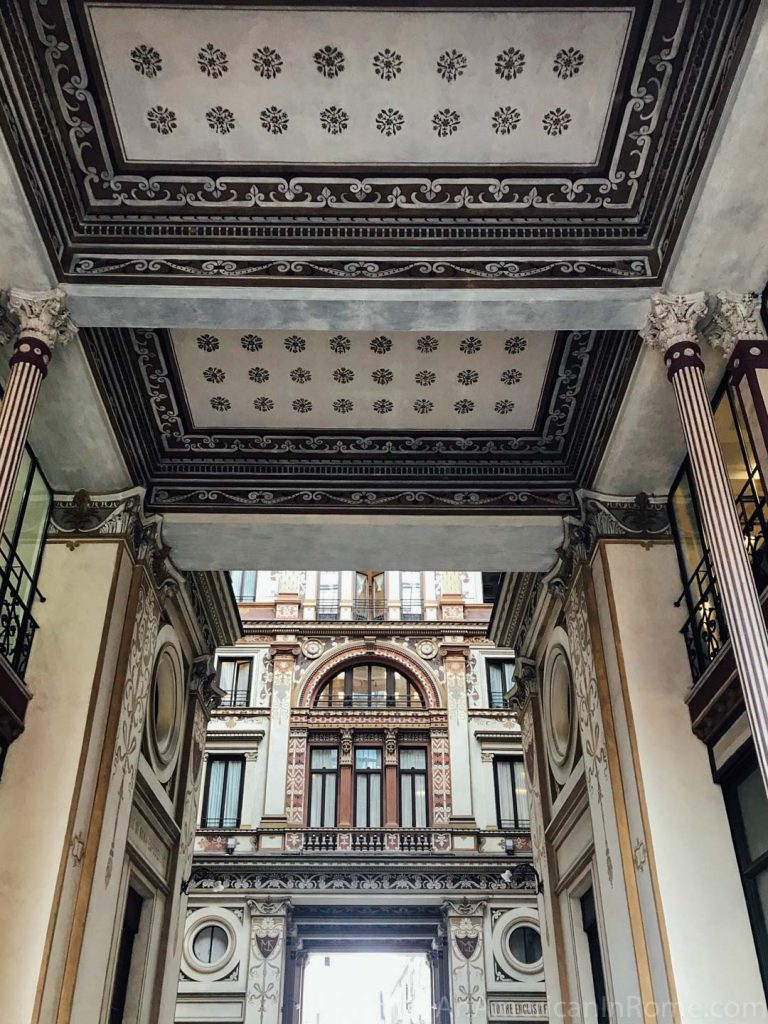 The entire interior of the building is decorated in liberty-style frescoes. 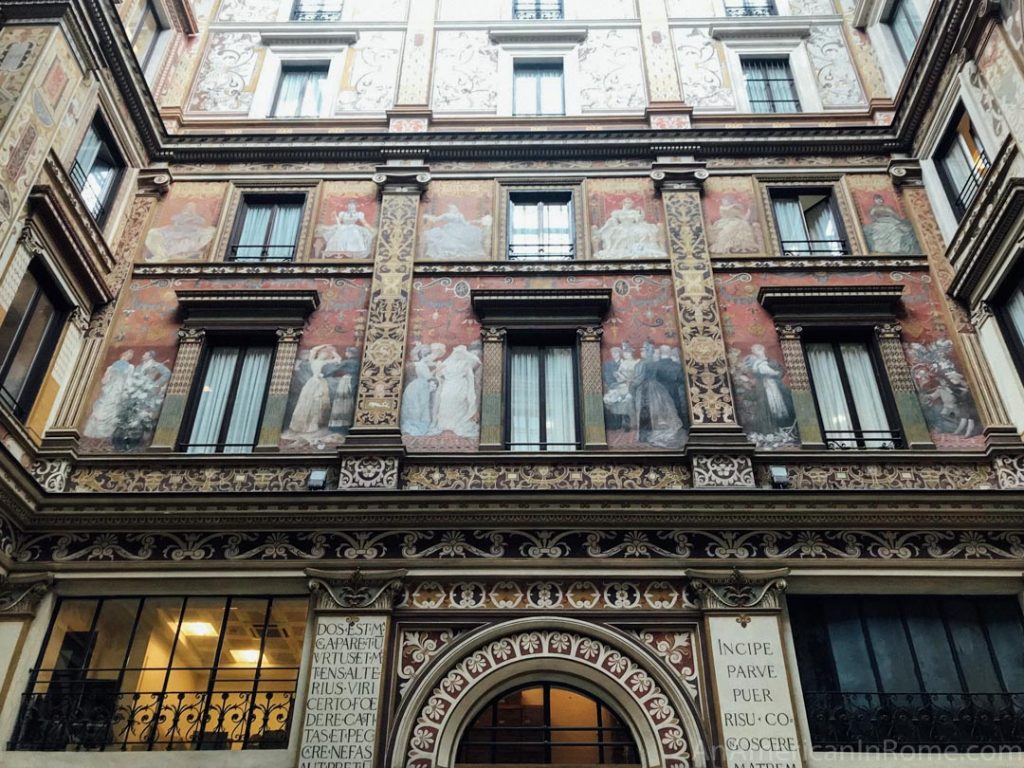 Galleria Sciarra was built between 1885 and 1888 as a courtyard for the Palazzo Sciarra Colonna. The building incorporated what was a modern technique at the time – creating a vaulted ceiling of glass and cast iron. 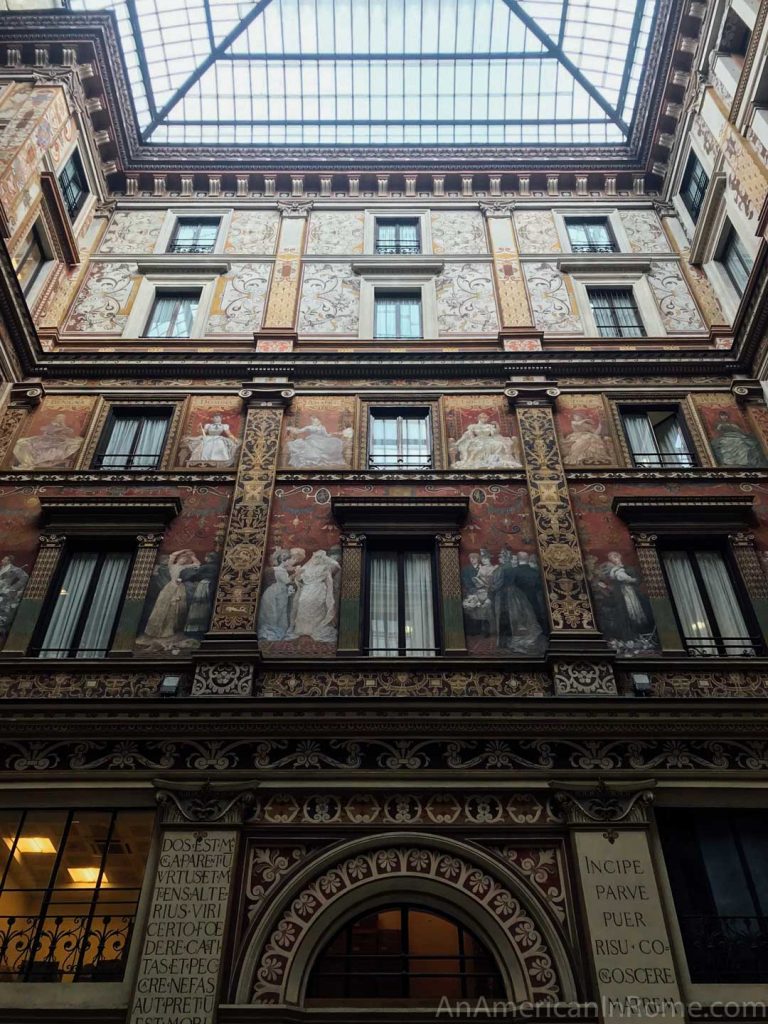 And as pretty as the glass ceiling is, the true marvel of the gallery is the art work.

The frescoes were painted by Giuseppe Cellini in an Art Nouveau style. 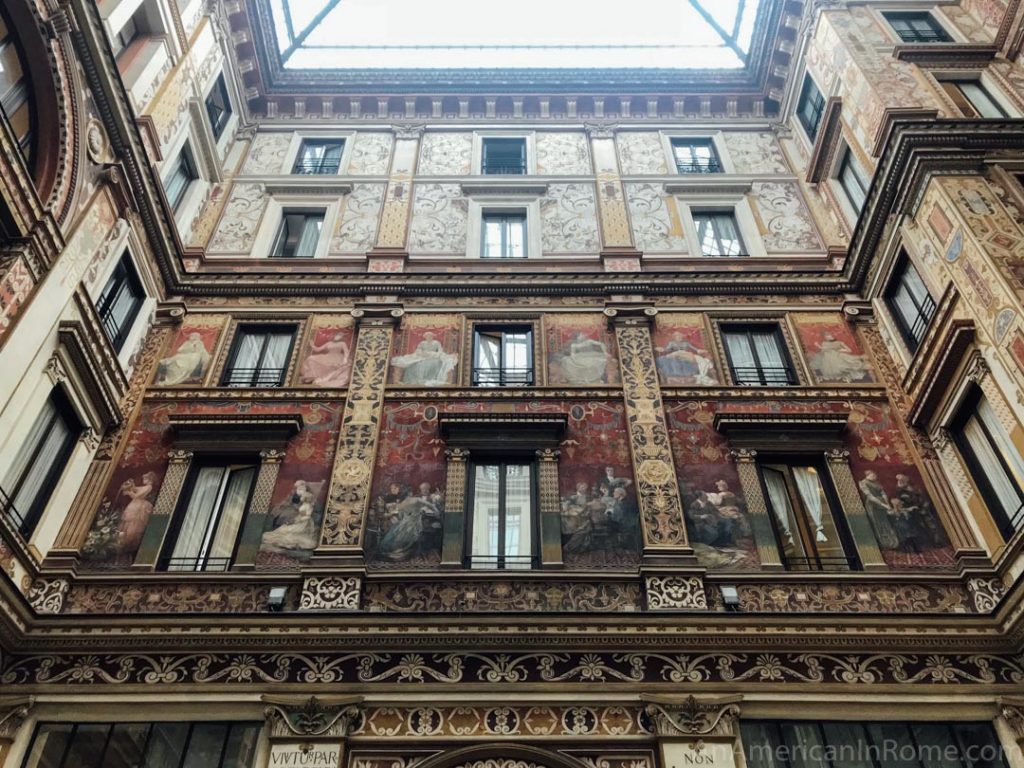 Look between the beautiful scroll details of flowers and vines to see the true subject matter: glorificazione della donna. A theme dedicated to glorifying women. 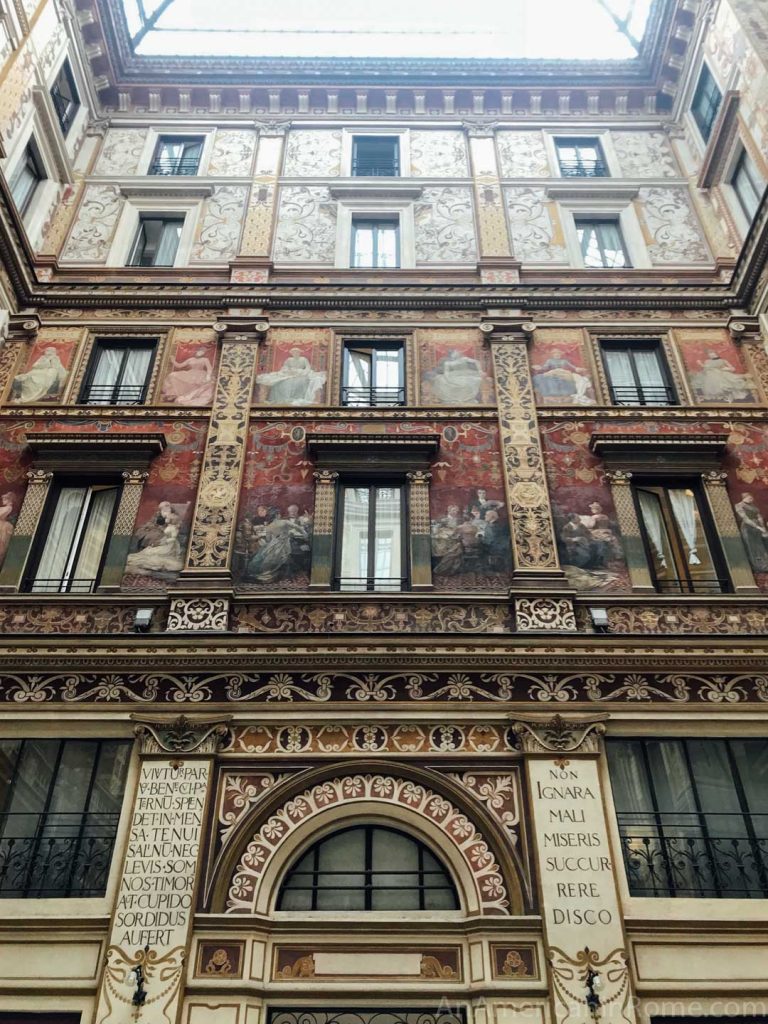 The paintings are meant to depict female virtues, including Justice, Patience, Fidelity, and Strength. 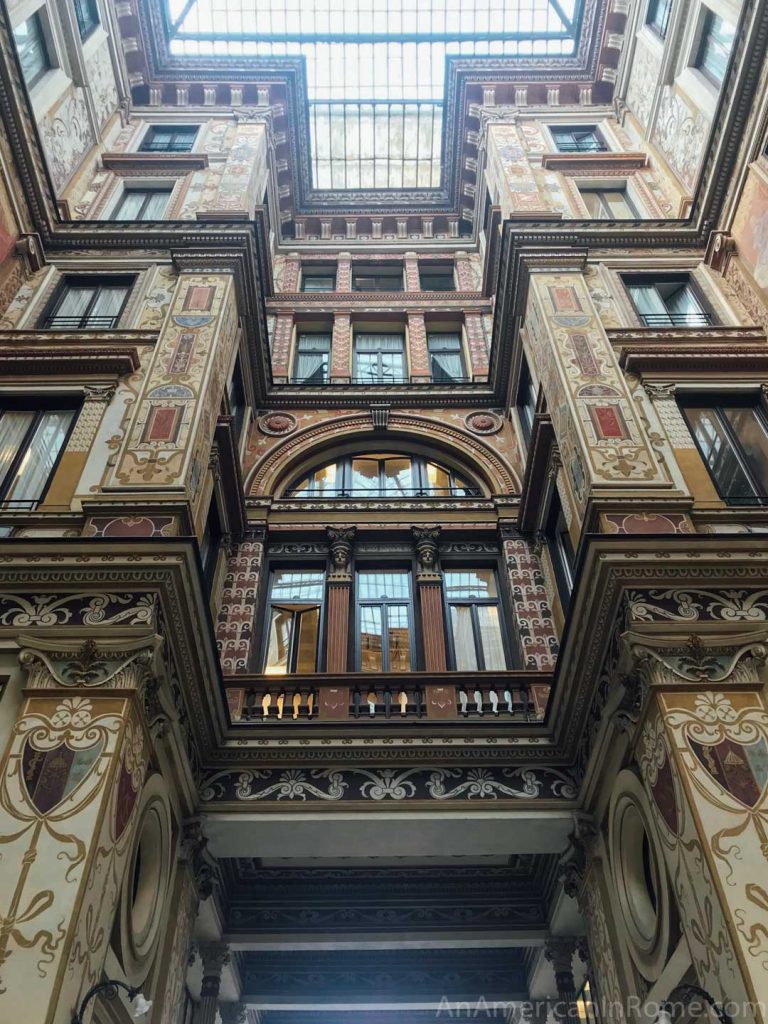 Today Galleria Sciarra is home to offices, but its internal courtyard is open to the public during business hours. Most of the people who pass through are locals who use the covered walkway as a shortcut from Via Marco Minghetti to Piazza dell’Oratorio. 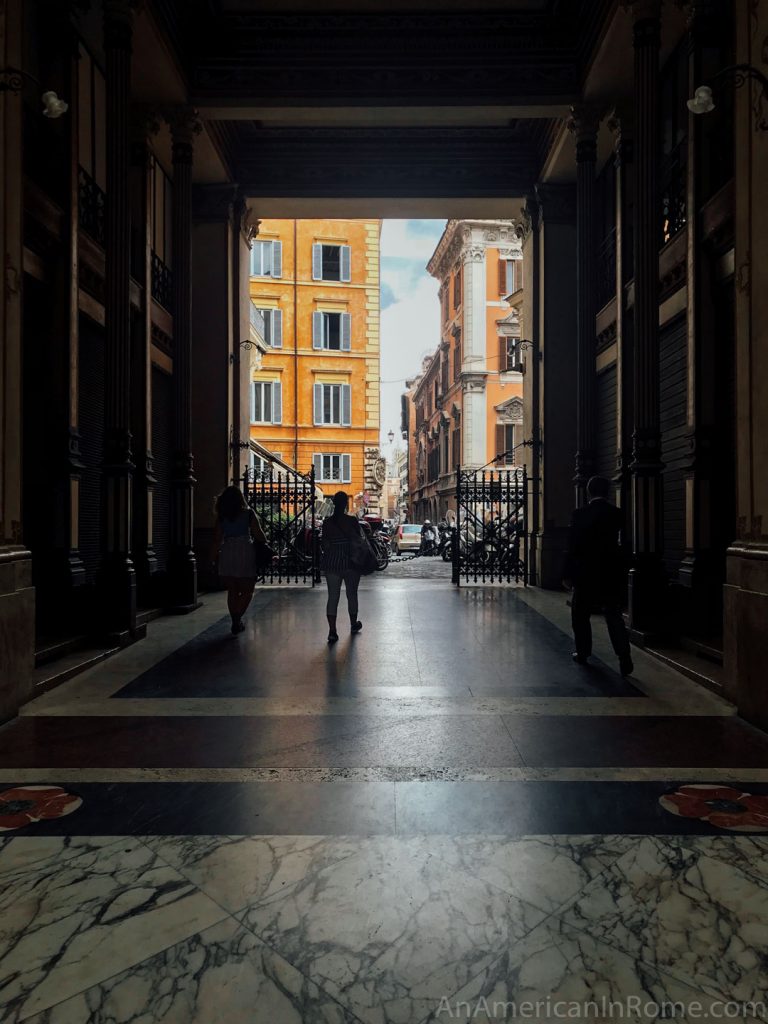 I love to stop in and admire the incredible decorations while Roman life buzzes around me. It is a perfect sight to add to your itinerary when you are in the Trevi / Via del Corso area.

Only a few people ever stop to take in the gorgeous frescoes, which were restored in the 1970s. 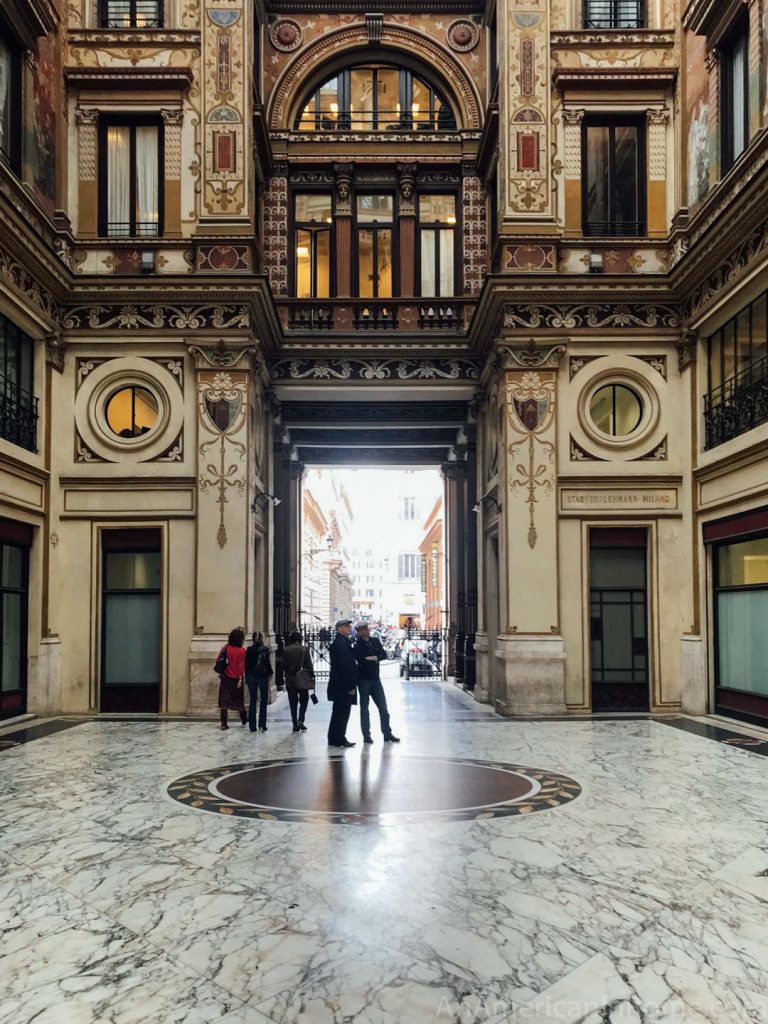