Taking a day trip from Rome to Anagni puts you in good historical company. When the city temperatures rose, Rome’s emperors would decamp to this hilly town and other nearby breezy villages such as Palestrina. 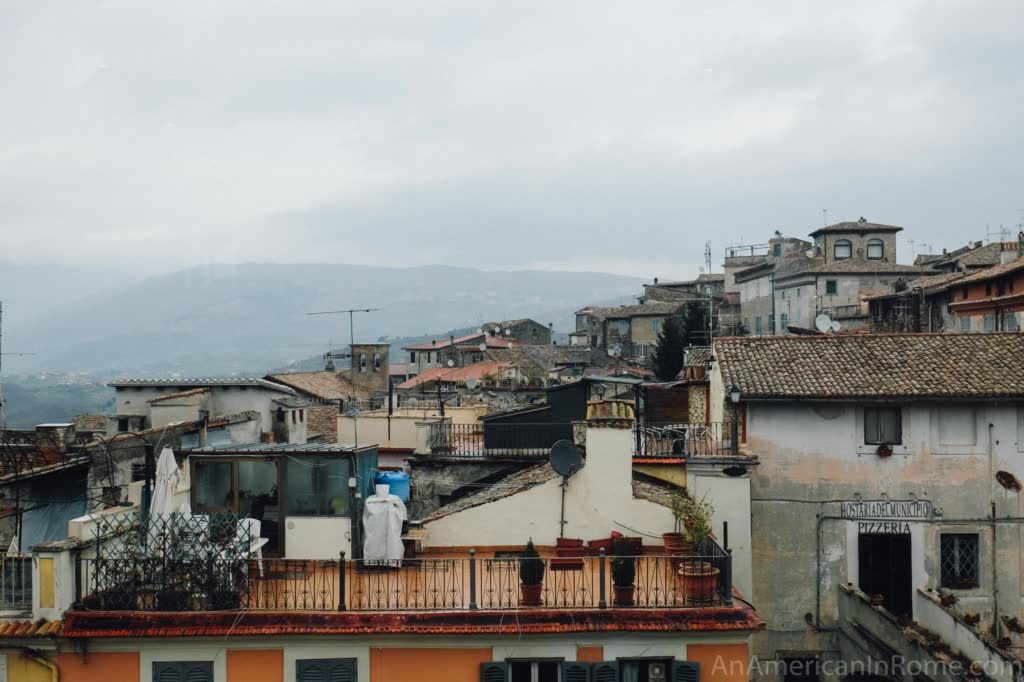 With a breeze flitting through the green countryside, it is a decided fresh escape from Rome. 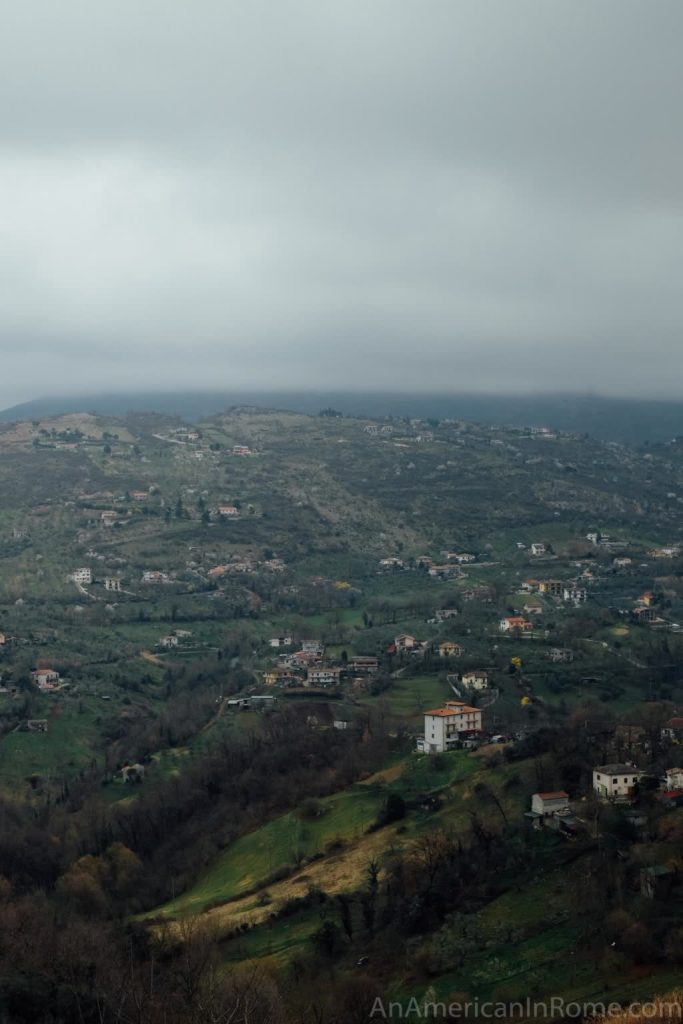 After the emperors came the Popes. A popular Papal residency was built in the town during the Middle Ages and it can still be visited today.

In fact, the Popes didn’t only come TO Anagni they also came FROM Anagni. Four Popes to be exact – so it is sometimes known as the city of Popes. 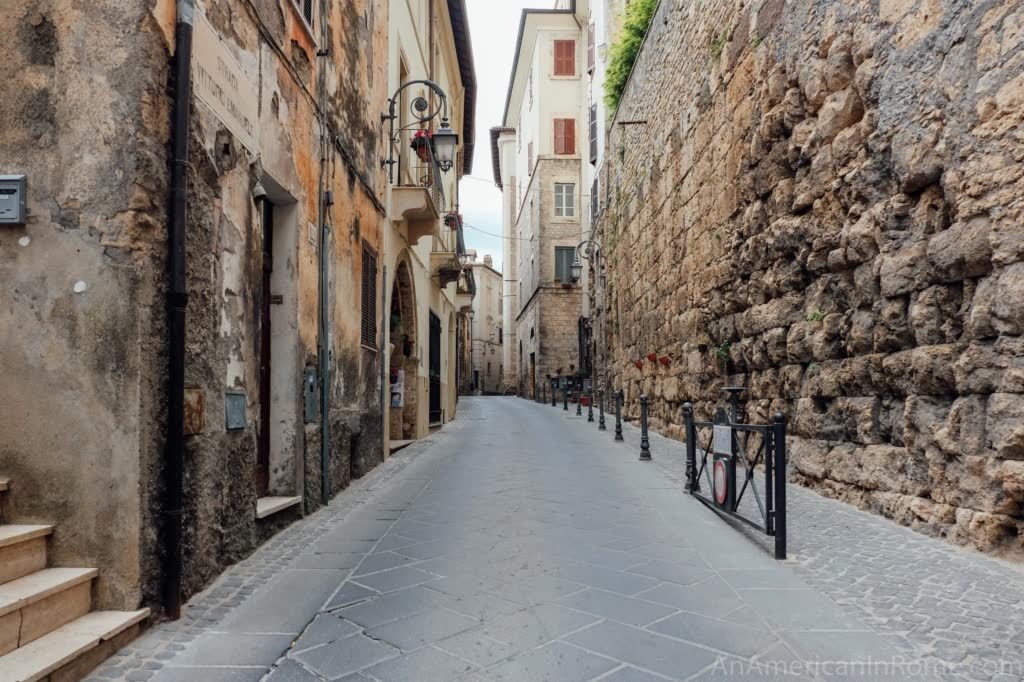 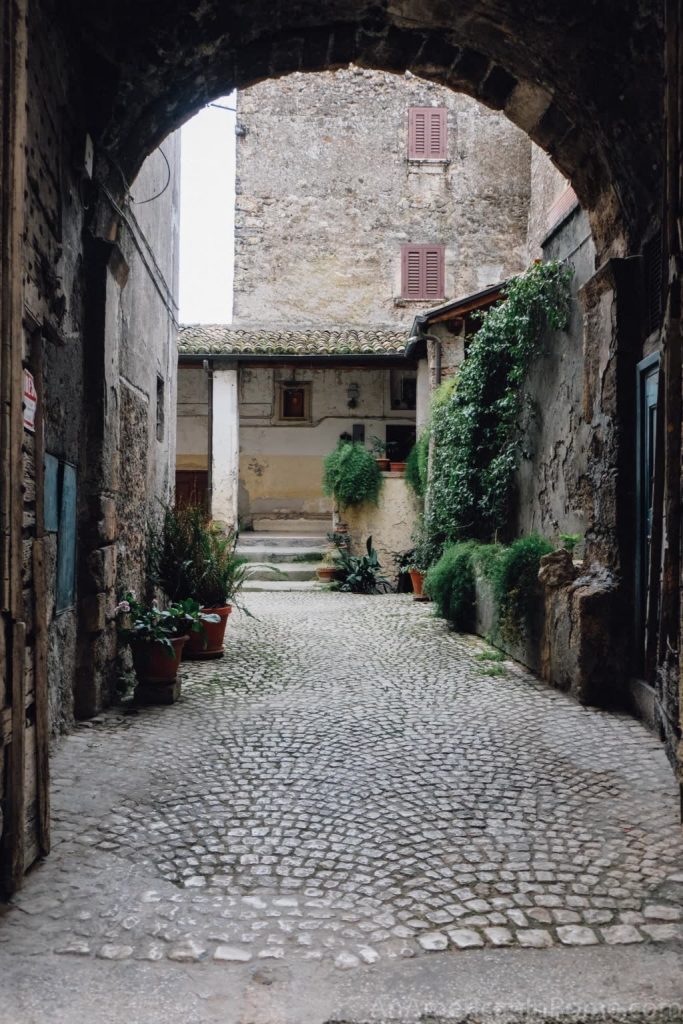 But while it is made of stone, it is also one of the greenest little villages I have ever visited. Peeking into small courtyards and through little tunnels, it was always possible to spot potted plants and hanging vines. 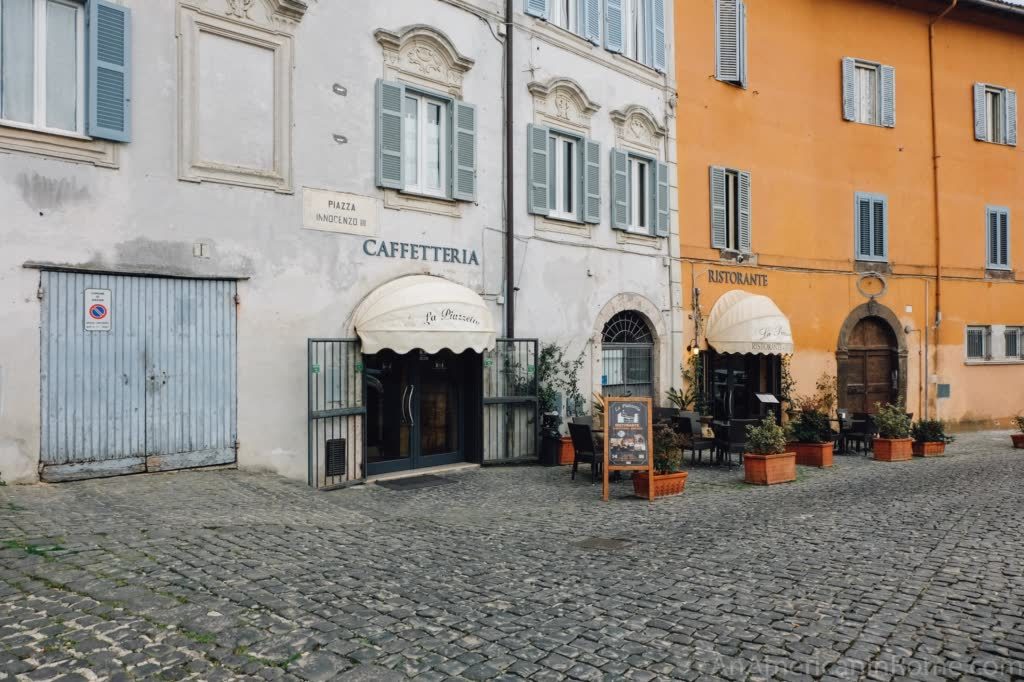 I love to explore the quiet squares and cobblestone alleys in any of Lazio’s tiny towns, but the real draw to Anagni is its beautiful cathedral. 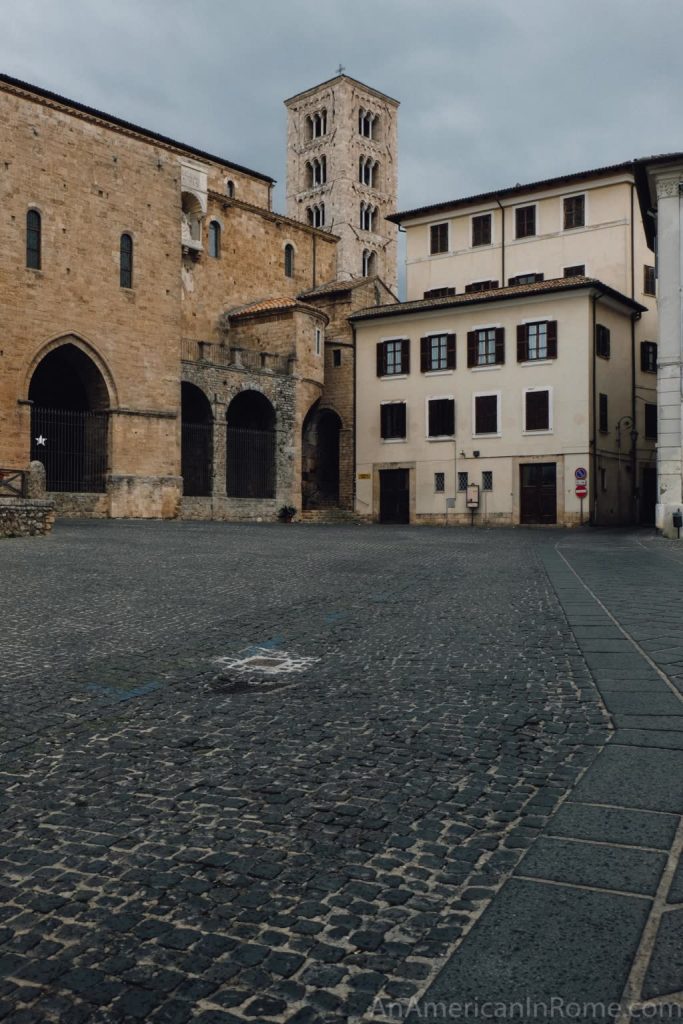 Under the church that is still used to this day, there is a chapel covered in frescoes. 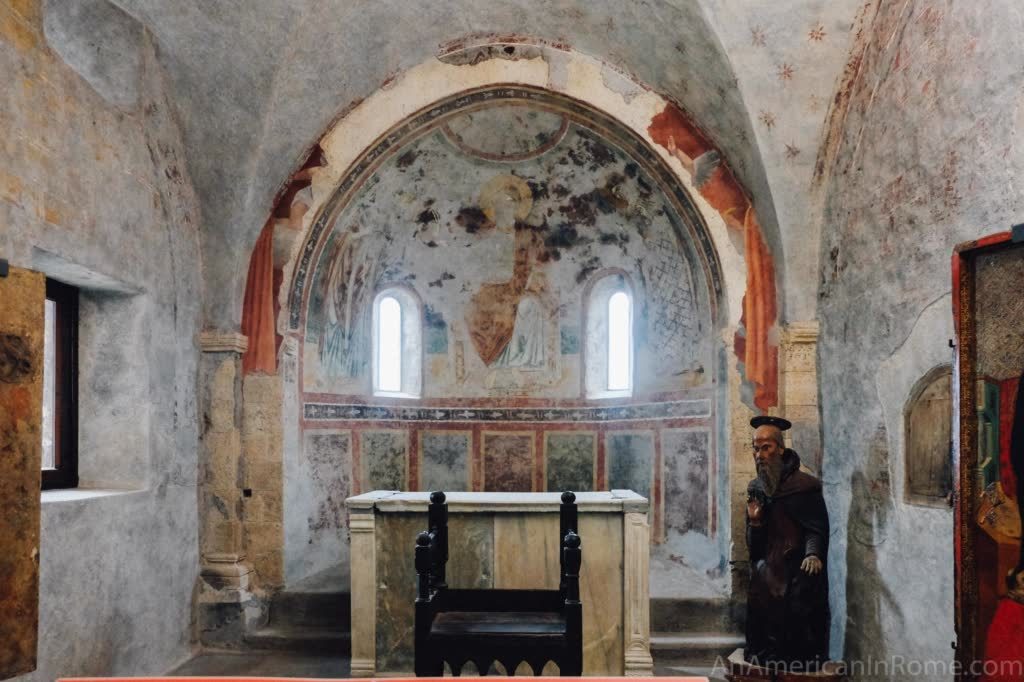 Sometimes called the “Sistine Chapel of the Middle Ages,” the decorations are beautifully preserved. 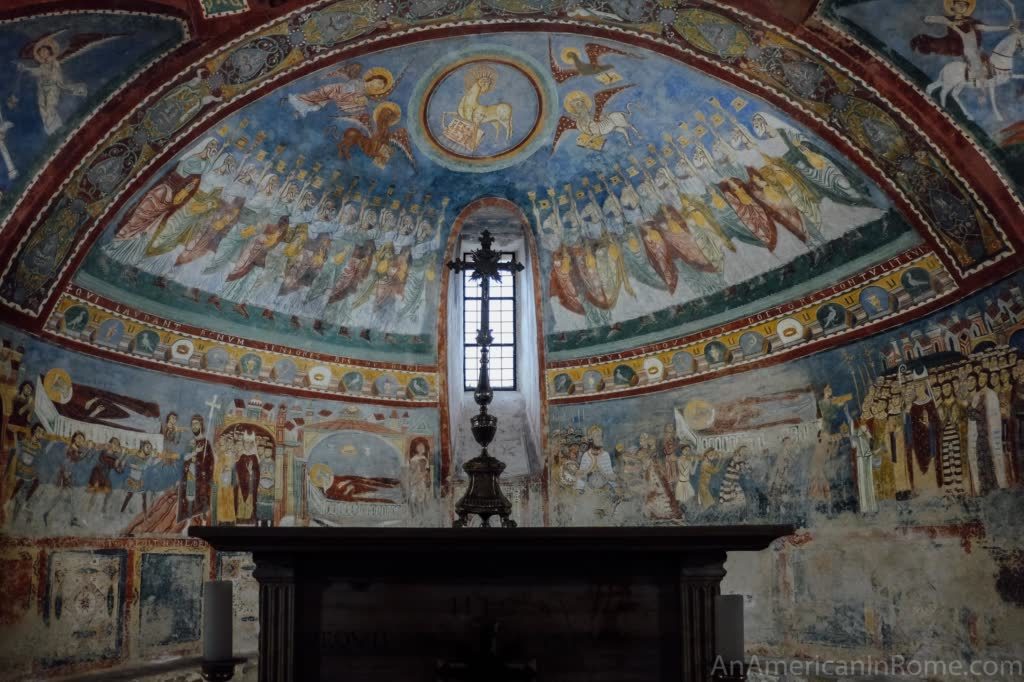 The colors and the iconography are so different from what you normally find in Rome. 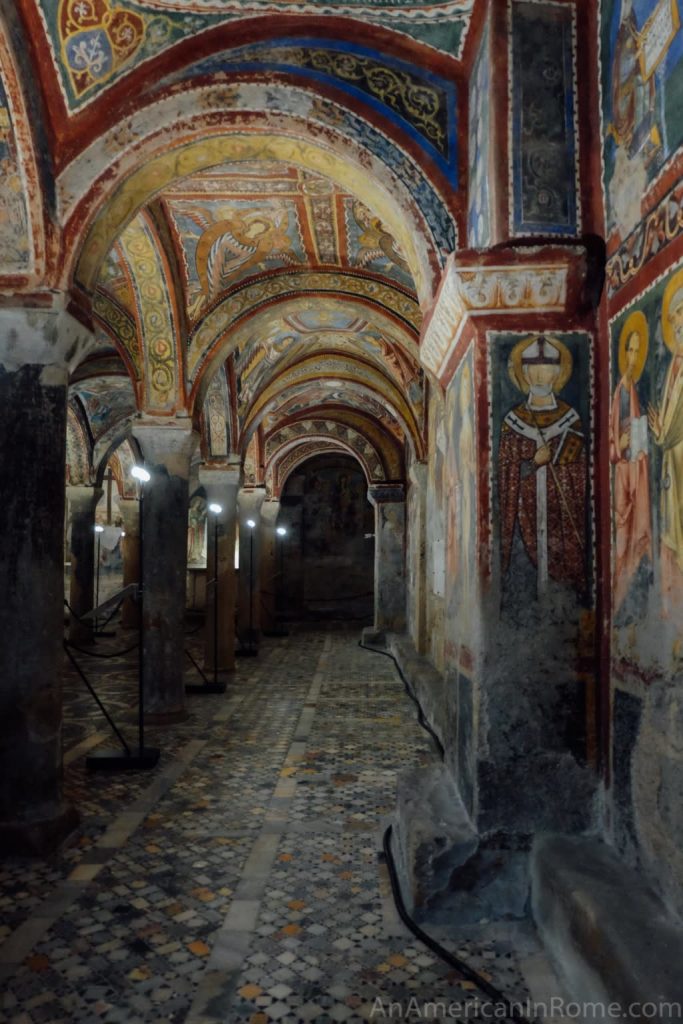 But it is also the scale of the area that the frescoes cover. There is hardly an inch of wall or ceiling left untouched. 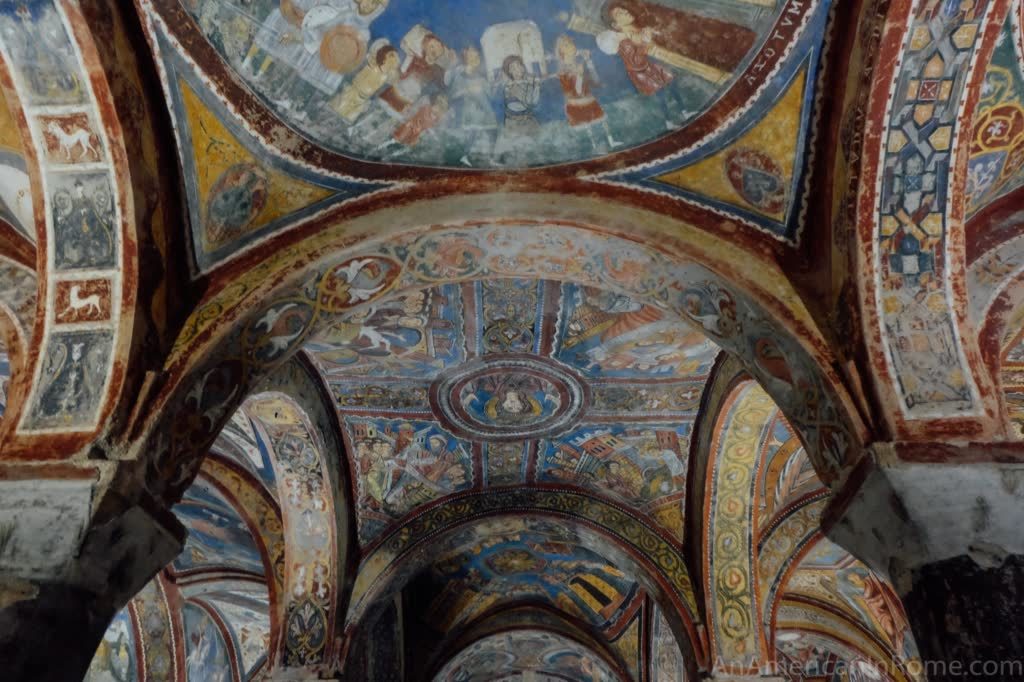 The city lies about an hour’s drive south of Rome, in the Ciociaria region of central Italy – making for a perfect day trip escape (if you have access to a car). 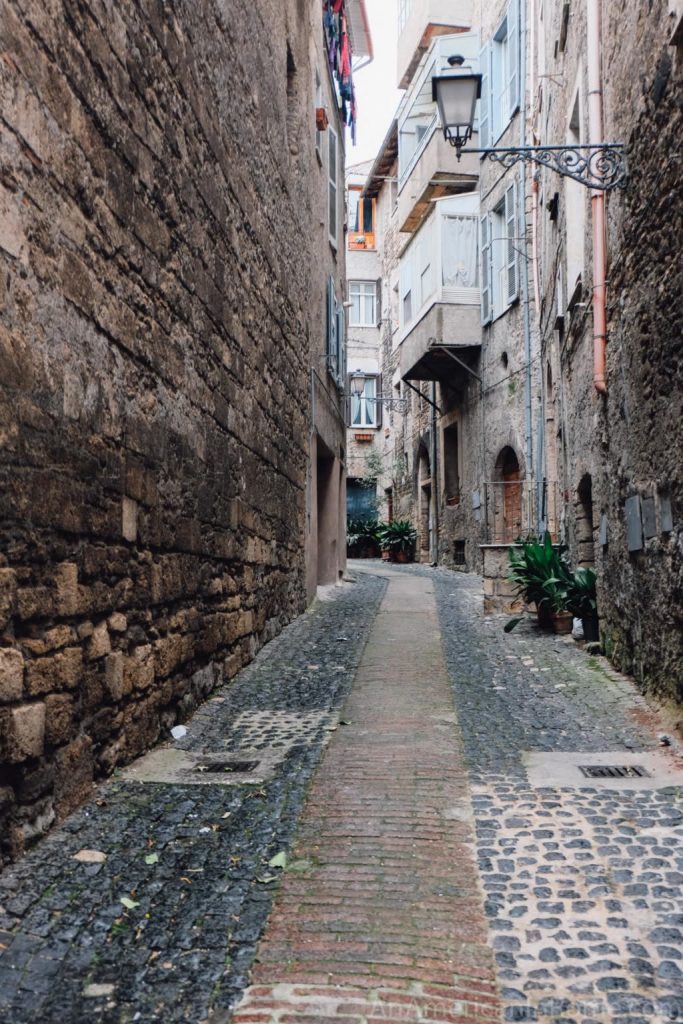 I visited Anagni with Italy Where Else – a tour company which can organize trips in the Italian countryside.

One thought on “Day Trip from Rome to Anagni”