Accommodation in Bologna is sometimes at a strange premium. It seems to sell out thoroughly and quickly.

Being neither a thorough nor a timely trip planner, we needed an option B on one recent trip to Bologna that seemed to coincide with a massive makeup conference.

Literally every hotel room and apartment was booked. 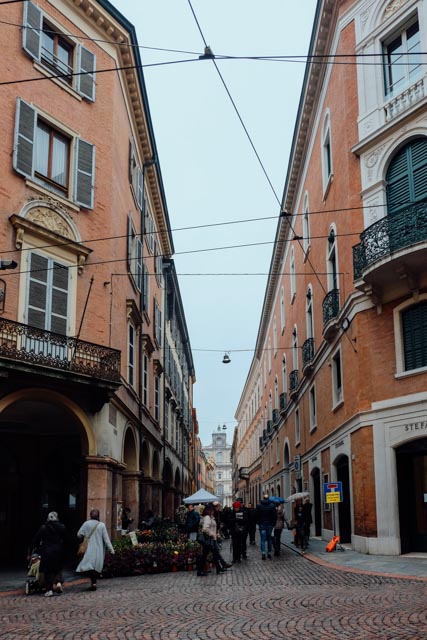 Which is how we awoke in Modena. 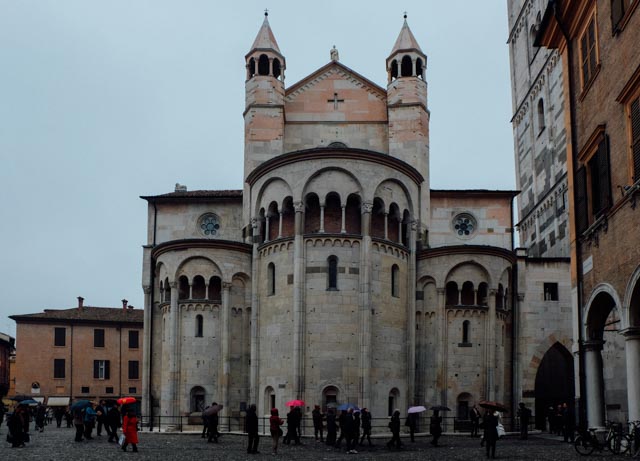 The detour was welcome but far too short because we had round trip train tickets from Bologna and had to get back in order to make our Italo train to Rome. 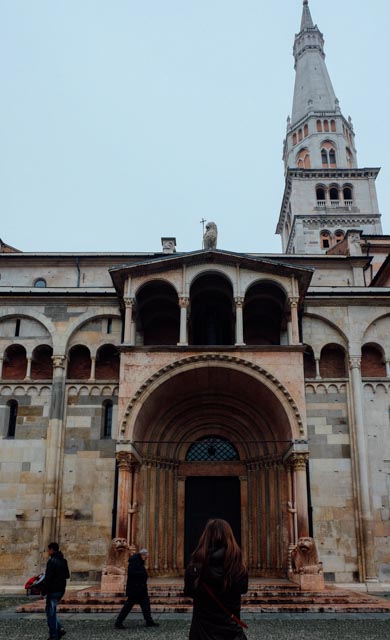 We arrived at our Airbnb late at night… and I was pretty much instantly convinced that it was haunted.

The old school digs were fascinating, but I was not going to spend more time than required in the old Italian apartment.

So as soon as the gray March day broke, we walked into the center of town. 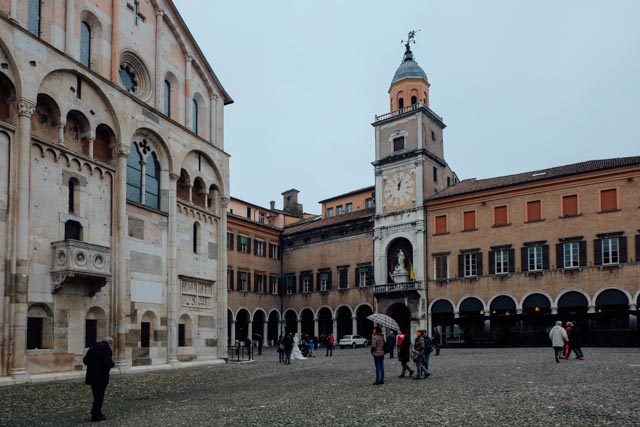 Modena was named a UNESCO World Heritage site in 1997.

“The joint creation of Lanfranco and Wiligelmo is a masterpiece of human creative genius in which a new dialectical relationship between architecture and sculpture was created in Romanesque art.” 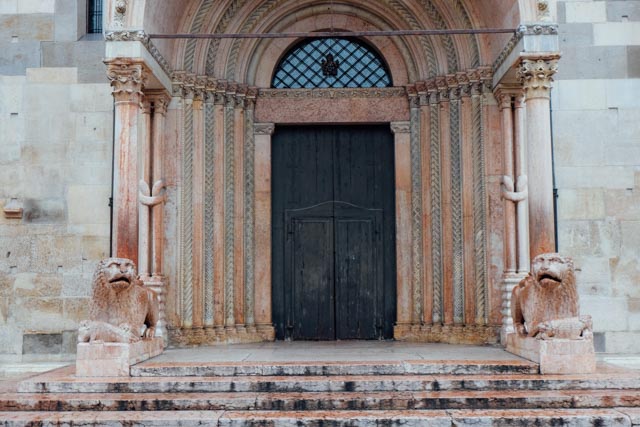 In other words: super unique architecture and an incredibly charming centro storico.

We explored the cathedral, Torre Civica and Piazza Grande area of the old town. 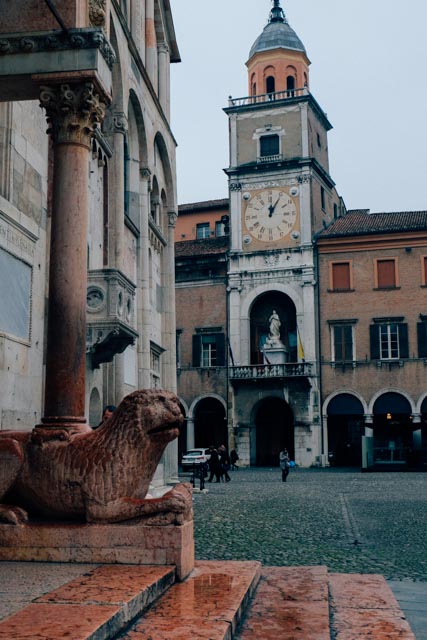 Next time, I hope that there will be time to try a bit of balsamic vinegar too! 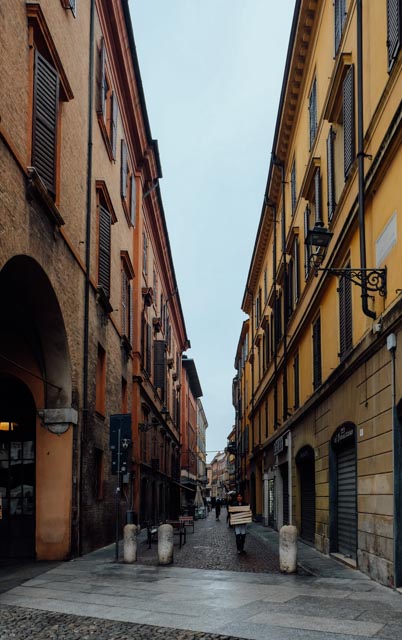 It is always a treat to visit a new part of the Bel Paese.

Even when unplanned, and during overcast March days. 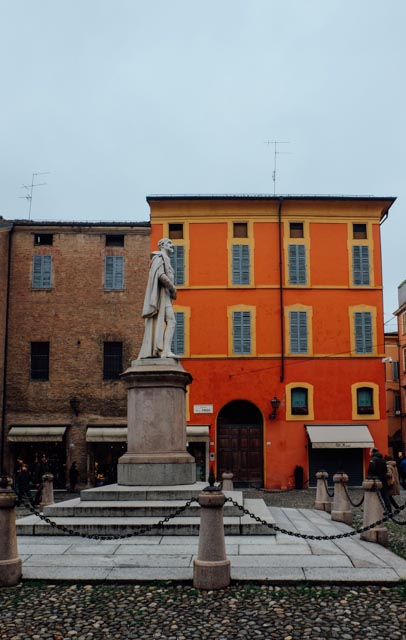 One thought on “March Mornings in Modena”