Rome has so many world class monuments from the Trevi Fountain, to the Colosseum and Pantheon.  These attractions get most of the attention for pretty good reason.

But my favorite parts of Rome are all of the hidden corners.  I love walking along and then BOOM – you enter another dimension of space and/or time.

That is why I am starting a new series on the unexpected side of Rome – those hidden peaks into the real Rome, away from the main attractions.

One of my favorite little bits of Rome is a seemingly out-of-place shrine to the Madonna (Virgin Mary) in Trastevere. 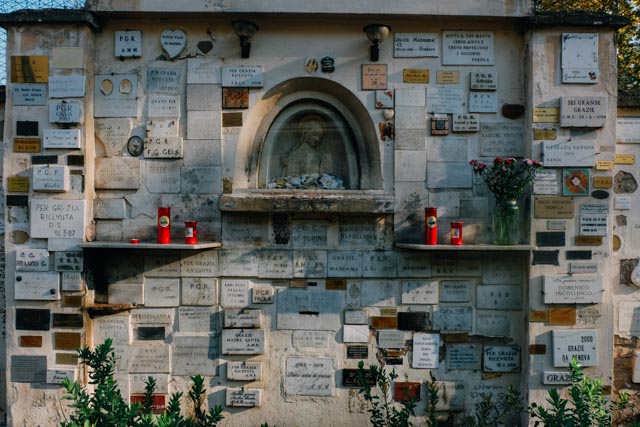 Why do I say that it seems out of place?

Well, because it is a part of a wall that surrounds a sports complex, situated at a bus stop smack dab on Viale Trastevere, across from the Ministry of Education. 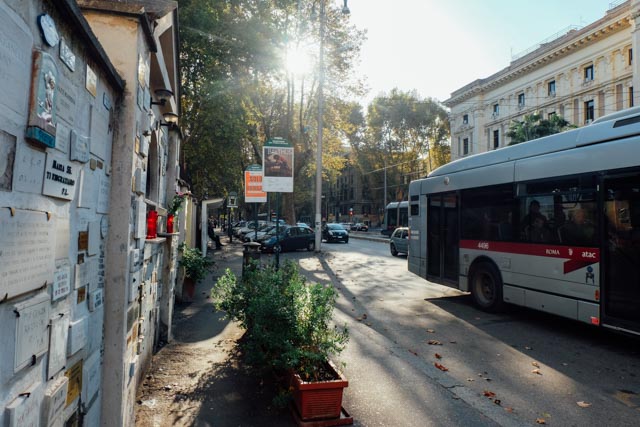 The shrine is full of inscriptions, thanking the Virgin Mary for blessing received (per grazia ricevuta).  These words of thanks are almost always dated, though usually anonymous. The earliest date back to the 1950s, but the shrine is clearly still maintained today — with candles, flowers, and the occasional new words of thanks. 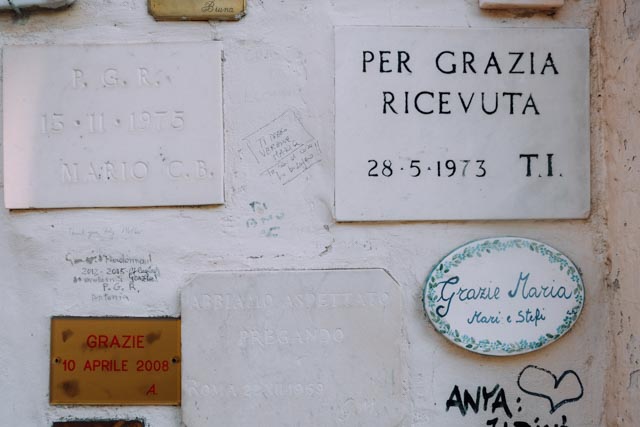 I am not religious, but I always pause here for a moment when I am passing by. 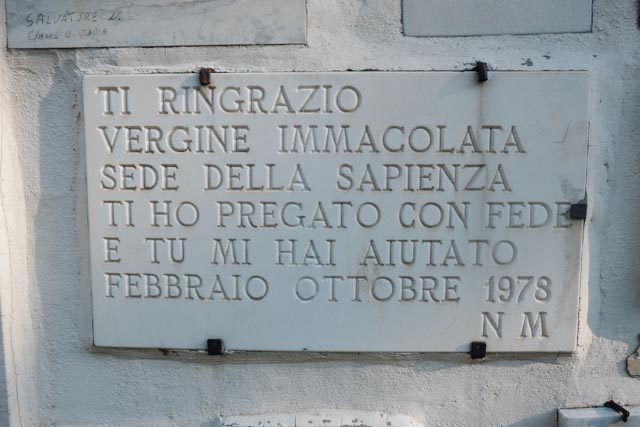 With traffic flying by and sports being played just over the chain link fence, this is not the most serene corner of Rome.

And yet, it works.

The plaques never say what they were asking for, just that the grace was received, even when they were beyond all hope. 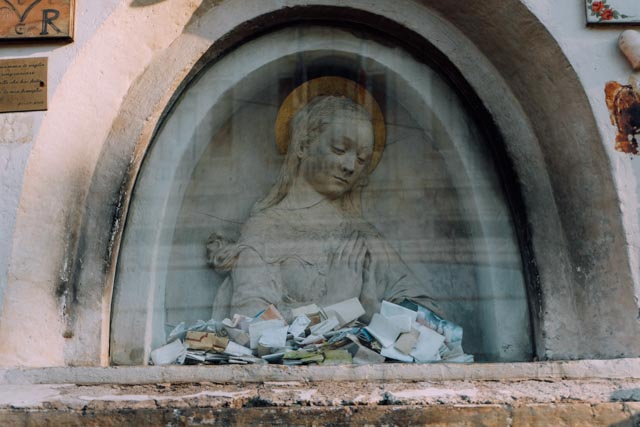 The image of the Virgin Mary is protected by glass, but the determined few have managed to slip in their folded words of thanks. 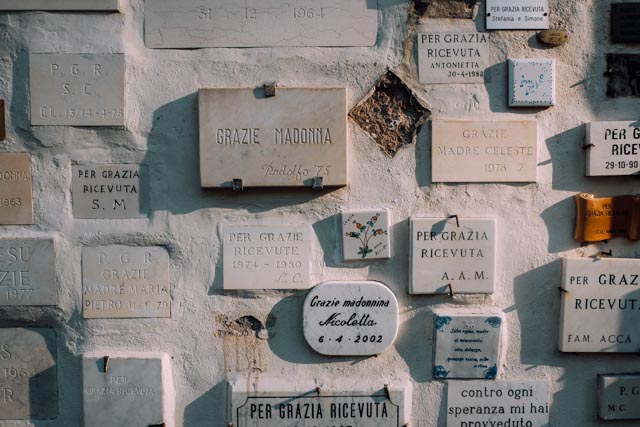 Seek it out (or at least slow down) next time you are walking along Viale Trastevere, between Viale Emilio Morisini and Viale Glorioso. 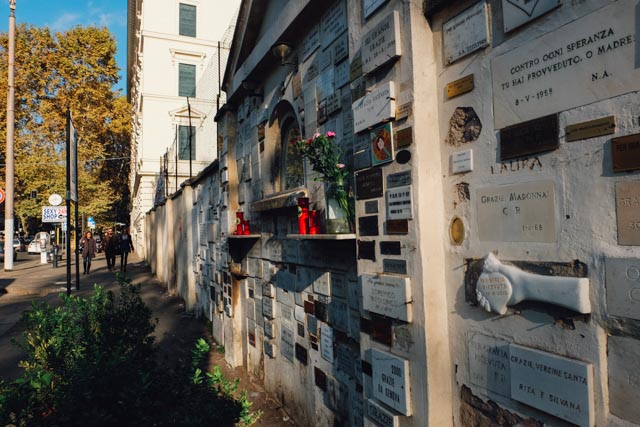 Rome remains the most beautiful city I have ever seen, but a lot of that beauty lies in wandering off the main itineraried list of stops and ‘must dos’ to steal a glimpse at real lives being lead in such a complex place.