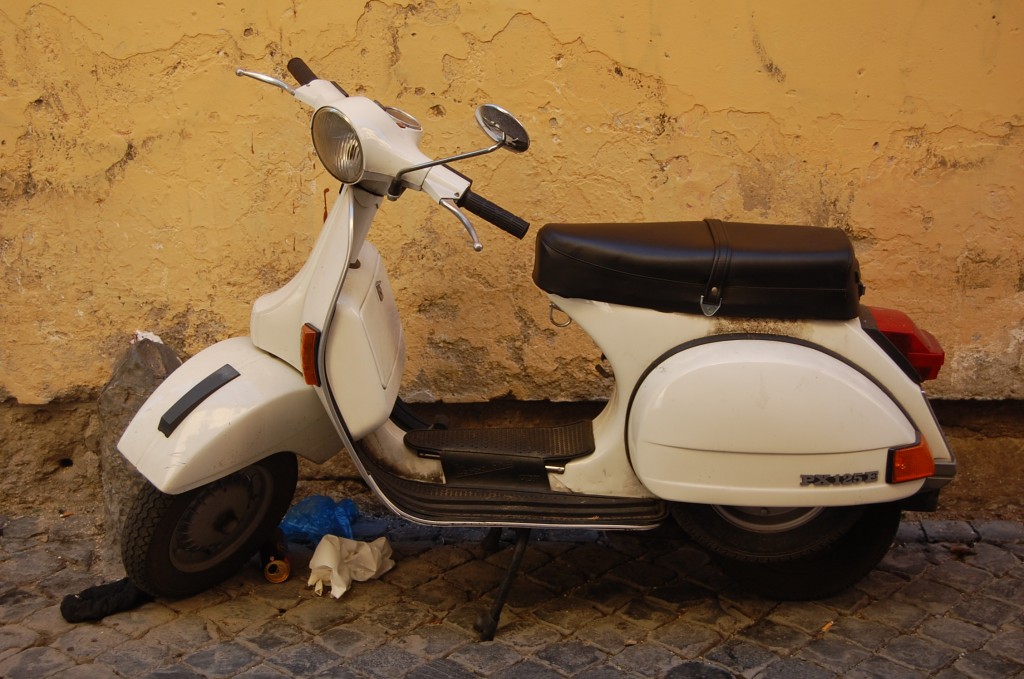 I don’t freelance write any more, but I have had the great fortune to contribute to some lovely websites and publications. Unfortunately, the freelance life is full of turmoil and pieces you write for new publications on spec (helpful hint: don’t agree to do that, ever) never see the light of day.  Here is one such piece:

Driving a Scooter in Rome

The road to obtaining an Italian drivers license is long and onerous.  The theoretical test has the reputation of being nearly impassable and it can take would-be drivers years to navigate the bureaucratic red tape that accompanies the quest for an official license.

With such strict controls, one might imagine that Roman drivers are the epitome of rule-following road users. But few statements could be farther from the truth, especially when it comes to driving a scooter.

The one rule you have to learn about taking to the streets of Rome on a scooter is: rules are meant to be broken.

Roman motorini often swerve into oncoming traffic to beat slower moving vehicles.  Moped drivers see red lights as more of a suggestion than a rule, and believe crosswalks and sidewalks are just as well suited for scooters as they are for pedestrians. Looking for a designated scooter lane? Any space between two cars is fair game. 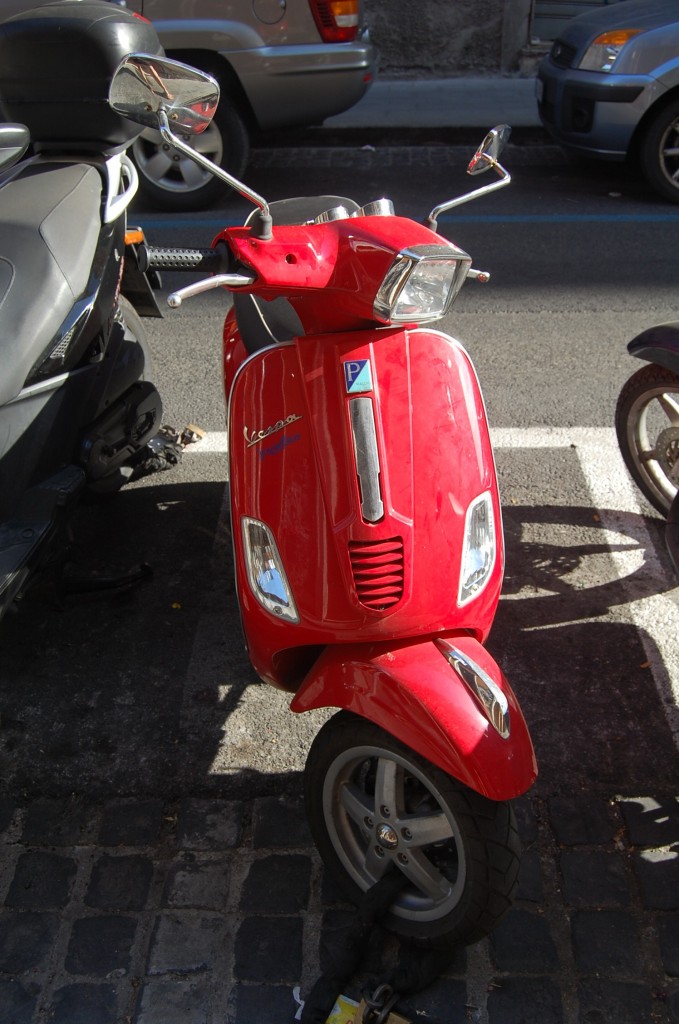 Rome ranks among the cities with the most registered scooters in the world.  With congested traffic and little parking, it’s no wonder that the motorino has found such a devoted following in the Eternal City.

The Italian love affair with the motorino reaches back to 1946 when Piaggio first debuted the Vespa to journalists in Rome.  From there, Piaggio sold 2,500 Vespas in 1947, more than 10,000 in 1948, 20,000 in 1949, and over 60,000 in 1950.  Sales exploded in 1952 when Audrey Hepburn joined Gregory Peck for a Vespa ride past the Spanish Steps in Roman Holiday. While the iconic Vespa can still be found on any street, Romans ride a range of modern scooters from brands such as Aprilia, Yamaha, Suzuki and Honda.

You have to be at least 14 years old to ride a scooter in Rome, and it is not uncommon to see young teenagers zipping along through traffic at breakneck speeds.  However, the Roman affinity for motorini extends far beyond youthful rebellion and the scooter is the transportation mode of choice for many more mature commuters.  You’ll spot many riders impeccably dressed in tailored suits on their way to work.

To rent and ride a motorino in Rome, all you need is a valid drivers license, a sense of adventure and a good dose of common sense.  Watch out for wet cobblestones, potholes, restricted traffic areas and other drivers.

You can drive a motorino up to 125cc with no special license required.  Helmets, however, are very much required, as is proper paperwork, so confirm the presence of both with your rental agency before you drive away. 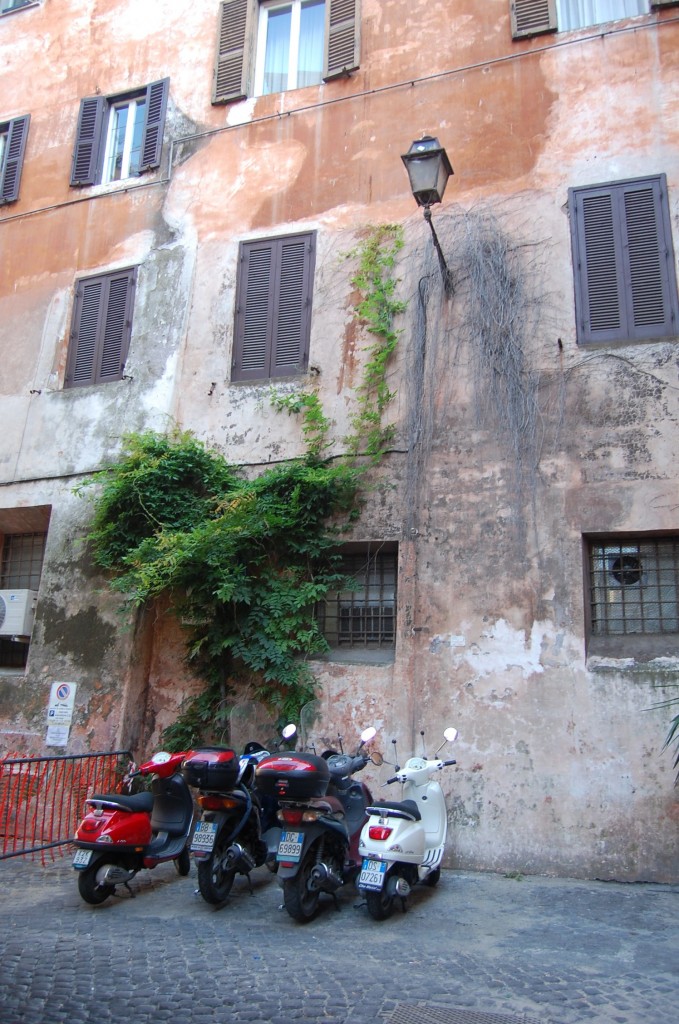 To hire a scooter in Rome, try some of these rental agencies, with one major disclaimer:  I have never tried any of them, because the idea of riding a scooter in the center of Rome without having been born and raised here seems absolutely crazy to me.

Offers guided tours as well as a variety of individual rental options
Via della Purificazione, 84
+39 06 4885485
www.rentscooter.it

OnRoad
Offers hourly rates as well as rentals by the day, and can even deliver the scooter to your hotel.
Corso Vittorio Emanuele II, 204
+39 06 4815669
www.scooterhire.it

20 thoughts on “Driving a Scooter in Rome”