On my first trip to Rome, I was terrified of the city because I was almost hit by a motorino on the sidewalk.

Sidewalks, riding the wrong way down one way streets, holding umbrellas while driving in the rain, cell phones jammed into helmets for a cheap handsfree solution? I’ve seen it all.

But, when I’m not terrified of crossing the street in front of them, I have to admit that the idea of Vespas and motorbikes is pretty much as Italian as it gets.

Except of course when you throw in a tricolore helmet that looks just like the Italian flag. 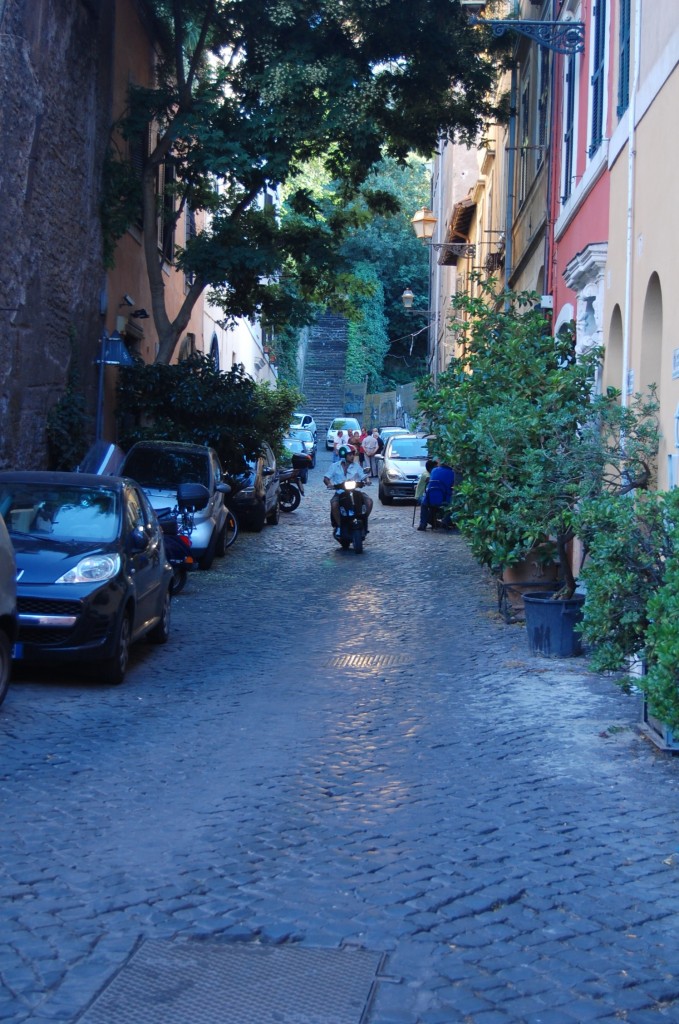 I had to take a picture of him coming, and going. 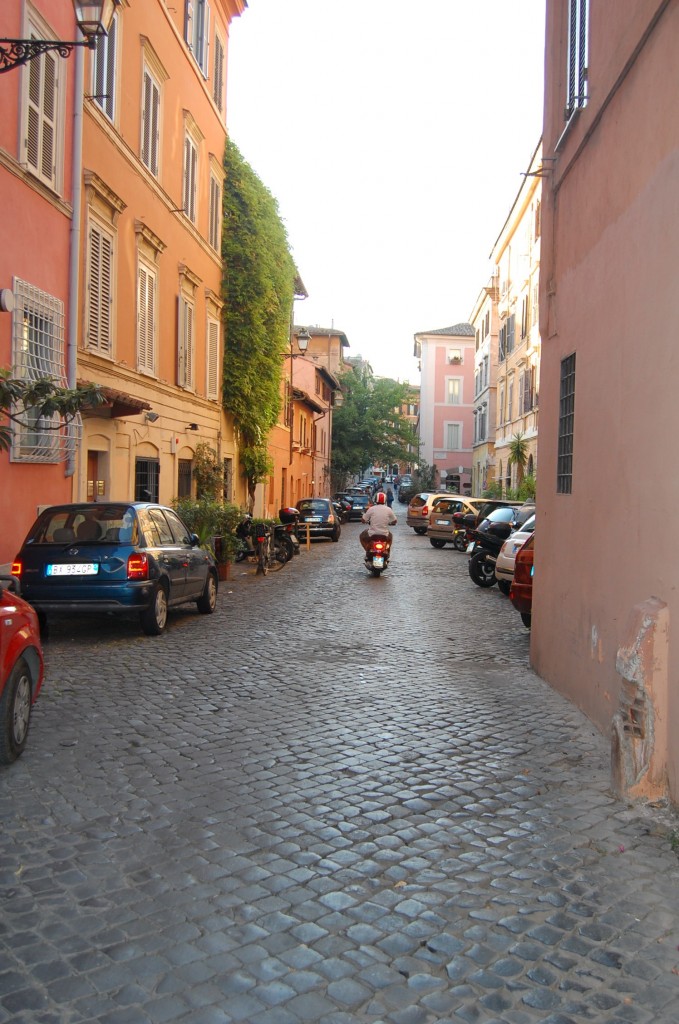