“I Heart New York” has been done a million times.

I ‘Space Invader’ Roma is a slightly more original take on the old cliche: 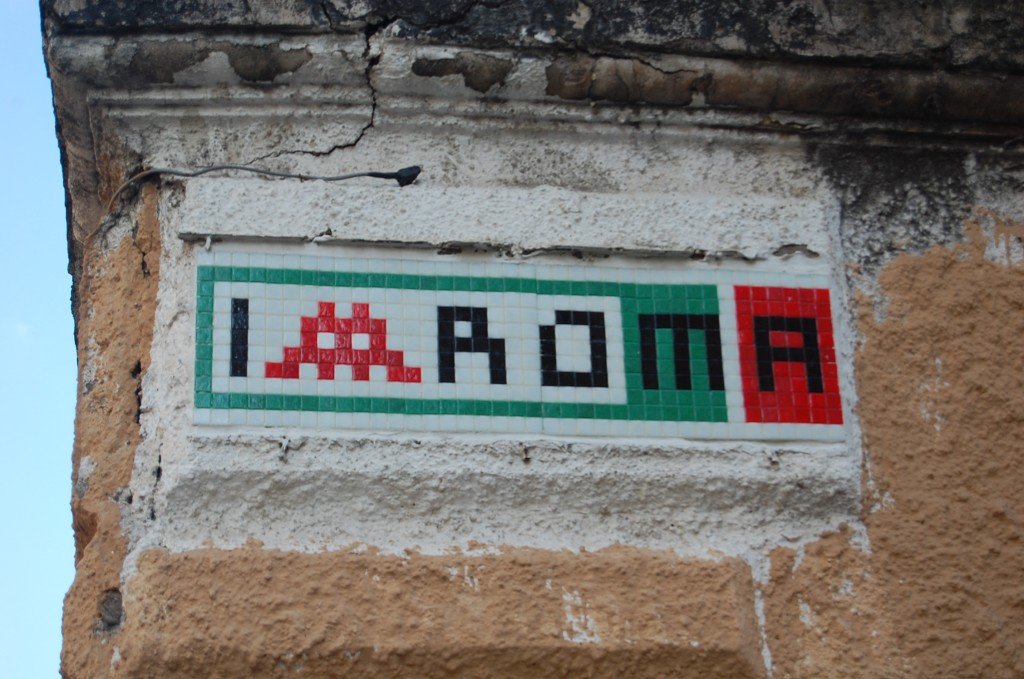 Rome is the perfect city for an eye-gasm.  The colors of the buildings, the laundry hung out a window and blowing in the breeze, the ruins of the Roman Forum, the cake-shaped monuments, the street art… you will have no shortage of things to visually devour.

But Rome also has a sense of humor.  From Clet’s clever street signs, to these alien mosaics on the corner of buildings.

The Rome Space Invaders are the work of an anonymous artist based in Paris who ‘invaded’ the Italian capital last summer.

Next time you’re wandering the city and checking out ancient architecture, take a closer look at some of the buildings.  You’re bound to see a few Space Invaders- I’ve even spotted them on Vatican City walls!

Speaking of invasions of an entirely different sort, Italy has agreed to help international forces to impose a UN-sanctioned no-fly zone over Libya.

Italy has a rather complicated relationship with Libya, which is a former colony.  Libya’s location in Northern Africa is extremely close to southern Italy and there is some growing unease as refugees land on Italian shores.  The government has asked NATO for potential assistance in case of Libyan retaliation.

2 thoughts on “I ‘Space Invader’ Rome”