When I went to college, my parents were like:

“Yo, what do you want to do with all this old crap you left behind in your room?”

I pretty much looked at them like they were crazy and promptly ignored the question.

When I graduated from college, my parents were like:

“Yo, seriously, what do you want to do with all this old crap that you left behind in your room and then we moved to the garage? Because we’re going to throw it away.”

WHAT?! Throw away my blankie? My Barbies??

I am still kicking myself for getting rid of my New Kids on the Block Barbies. And don’t even get me started on the Vanilla Ice doll that I decided was uncool when I turned 8. Vanilla Ice is ALWAYS cool, 8-year-old-Natalie, and don’t you forget it!

Since I still regret giving up some of my best toys, when I graduated from college, I took everything that was left.

That means that I have been carting around my 80s/90s childhood for far too long. It’s time to pack that childhood away, literally.

My mother has agreed to store a few neatly packed boxes in the attic while I am abroad.  After several soul wrenching internal debates, I am willing to admit that it doesn’t make sense to keep more than one box of childhood toys.  Let me show you what made the cut. 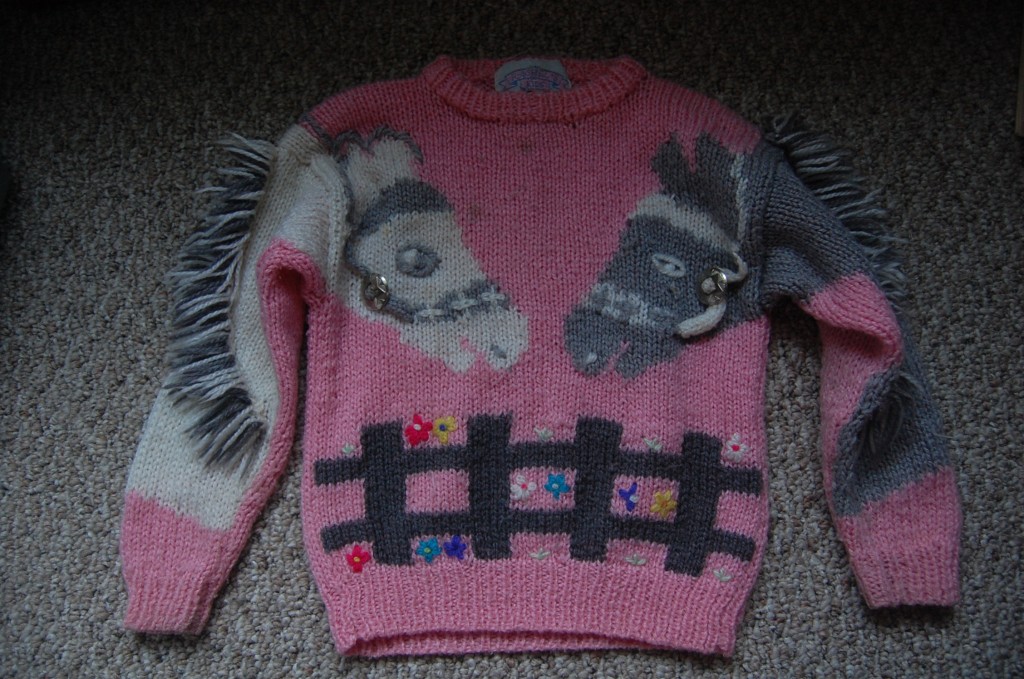 My AWESOME horse sweater. Growing up, I passed  this sweater down to the youngins behind me. When they grew out of it, I was smart enough to keep it. 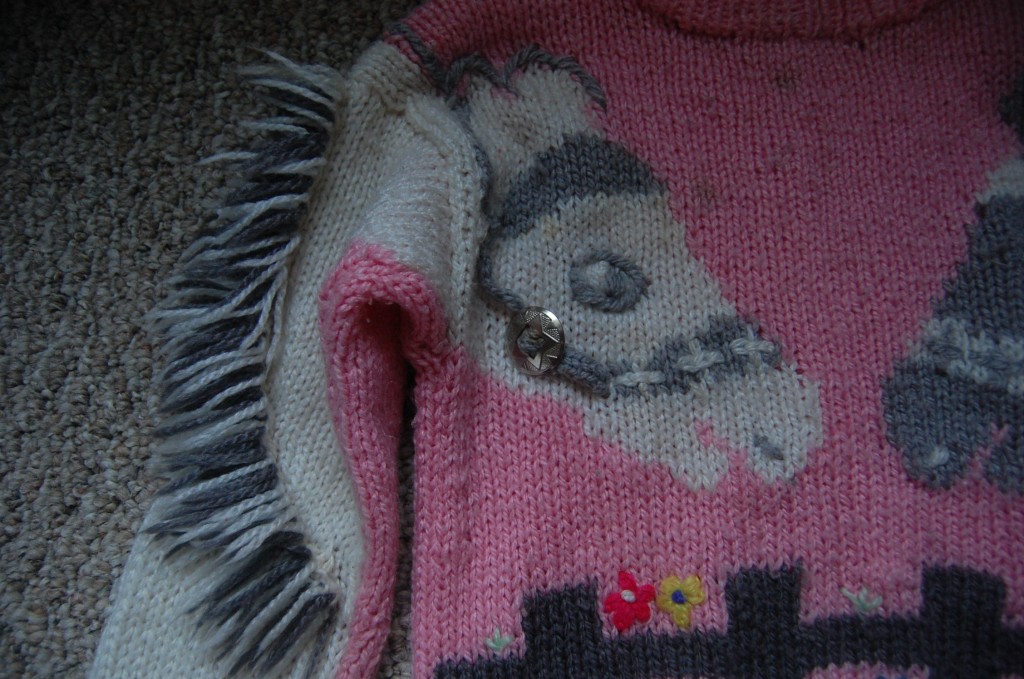 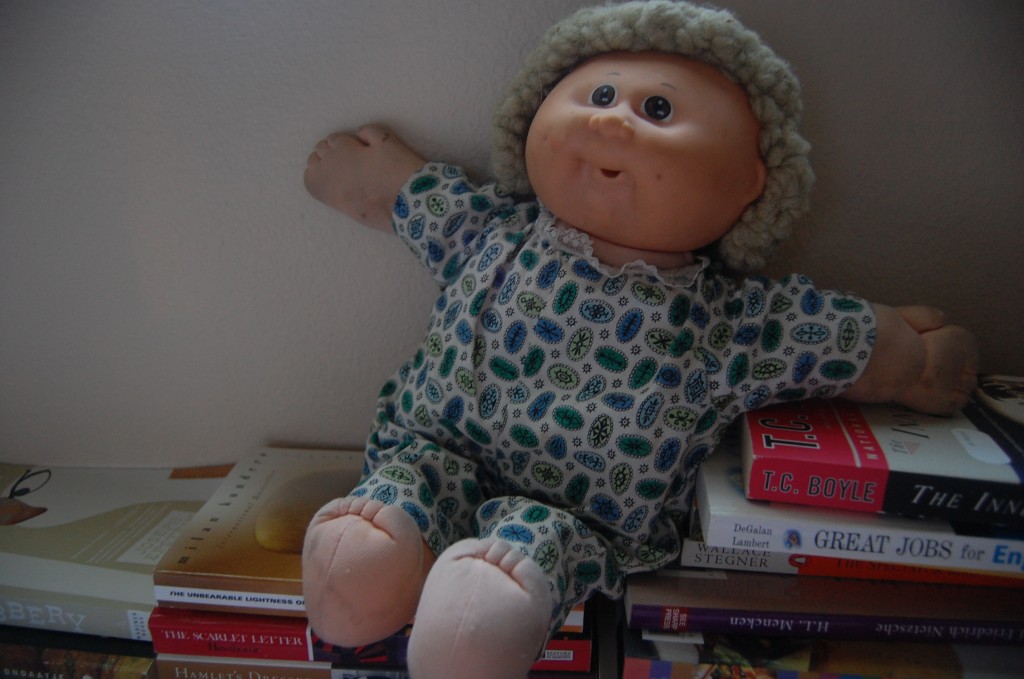 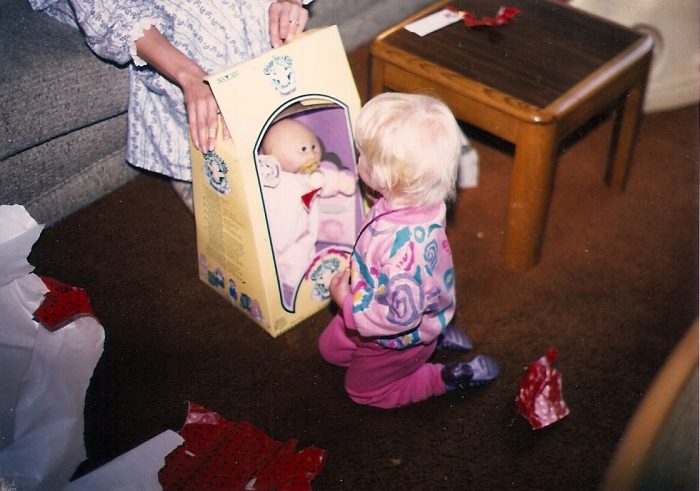 For some reason, I decided that Ruby needed hair. My mom glued a rainbow clown wig on her. I cried.  It was terrifying.  She ended up with washed out dirty blonde curls. This was a major improvement. 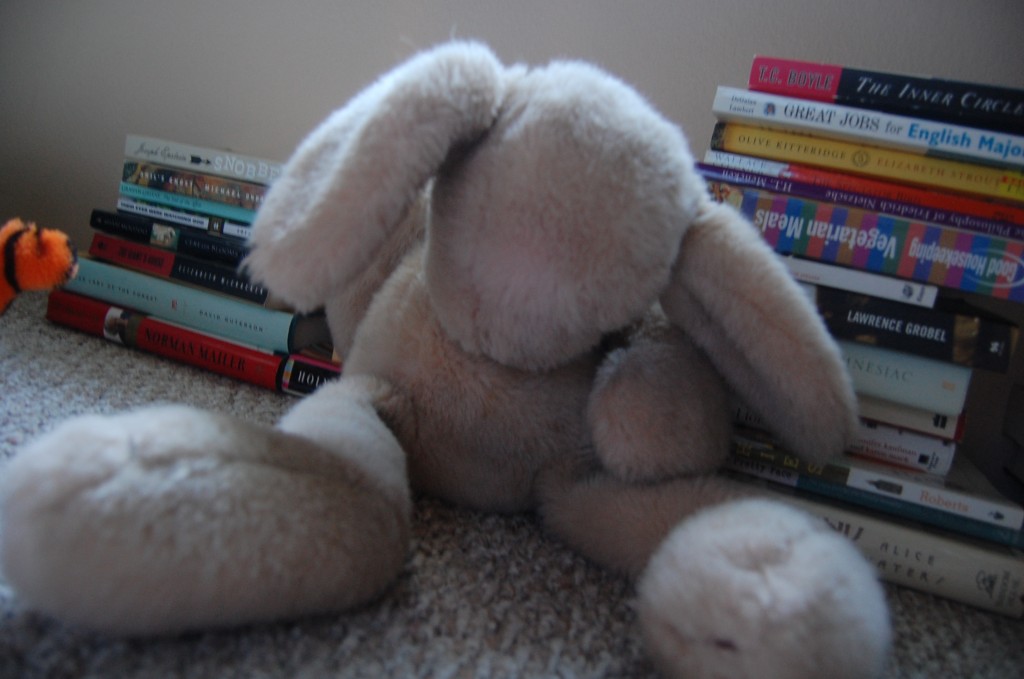 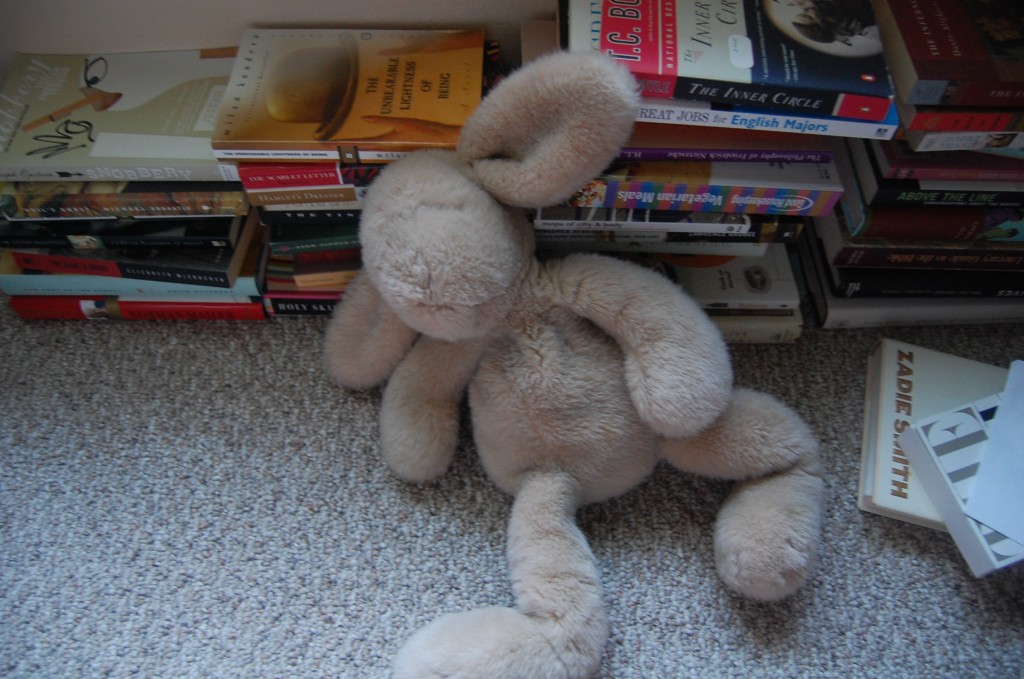 Floppy was given to me as a sort of bribe to replace  my well-loved, but sadly lost, “Fluffy.” I will leave Fluffy’s appearance up to your imagination. 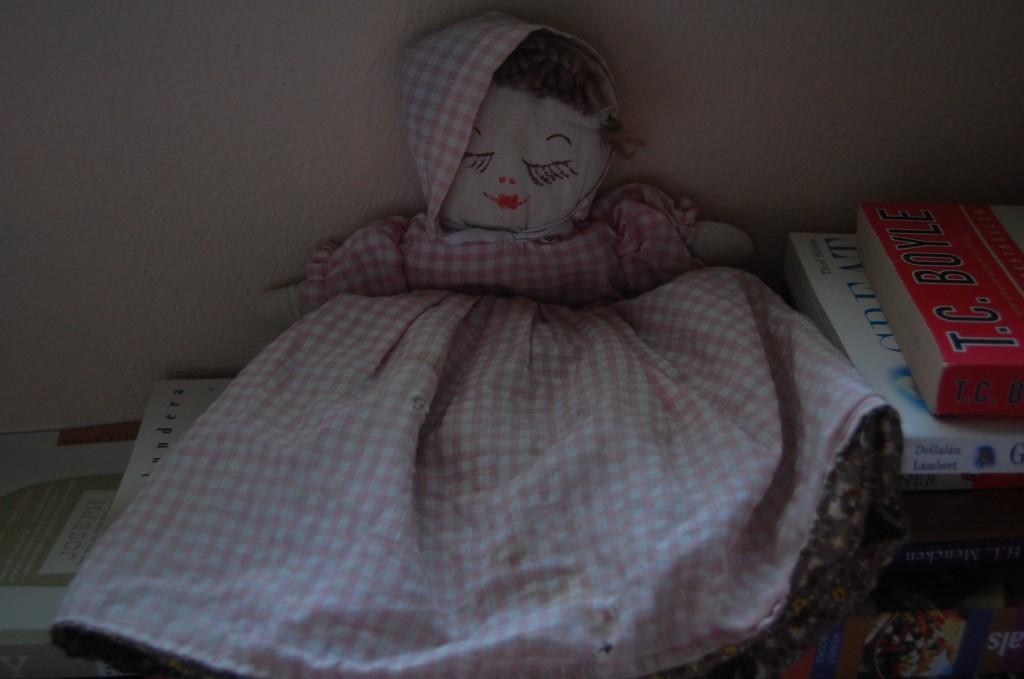 A doll handmade by my grandmother.

I clearly felt my grammie had missed something in her first design and added a little extra. 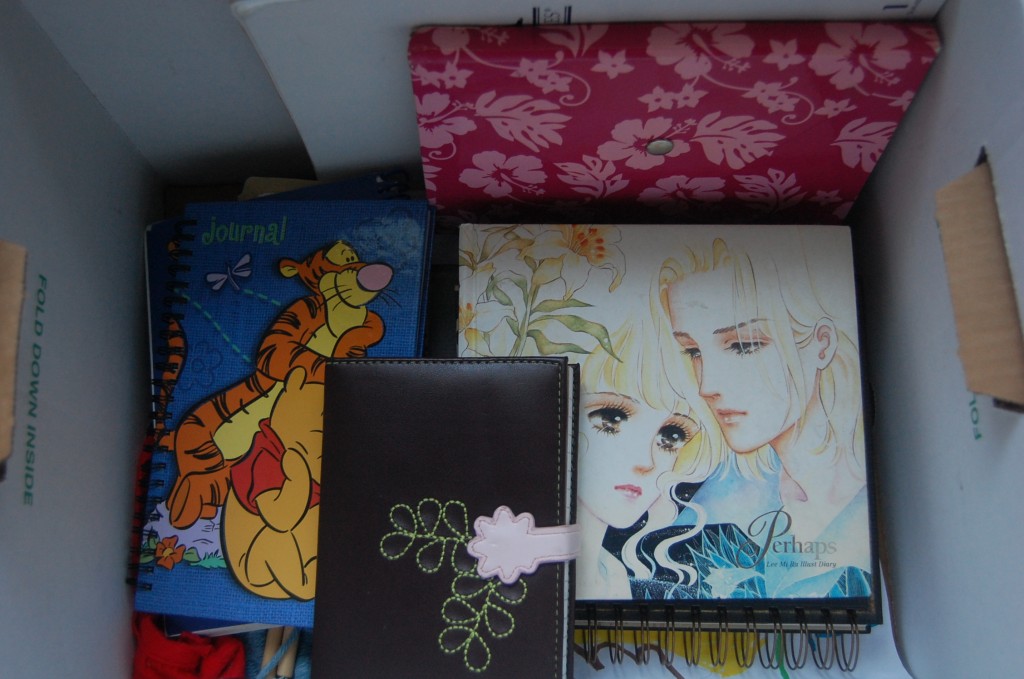 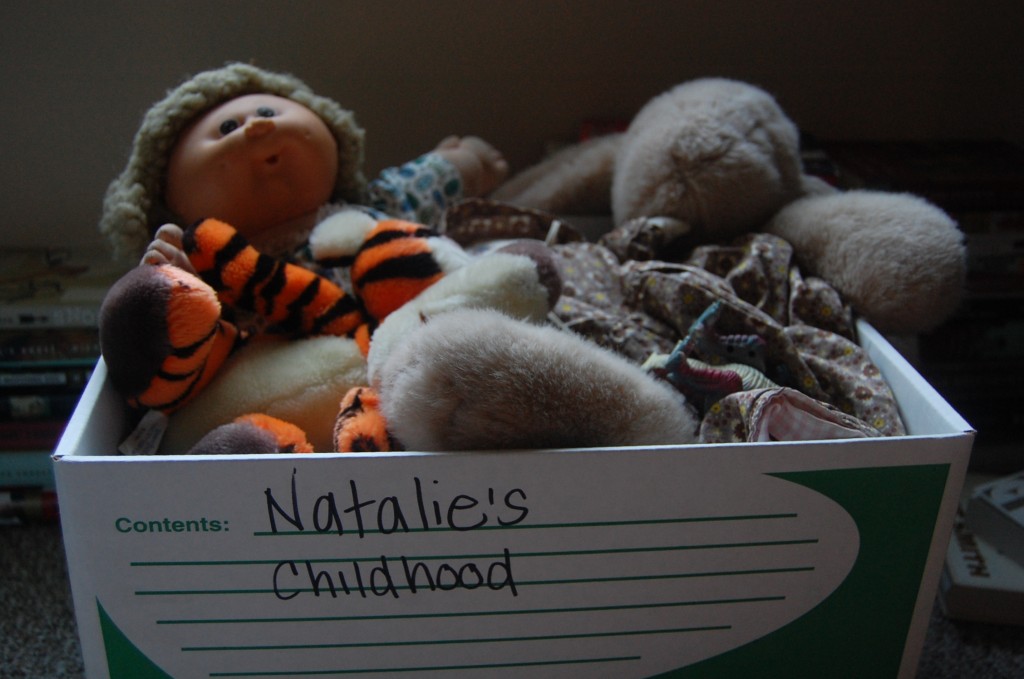 There you have it- my childhood. 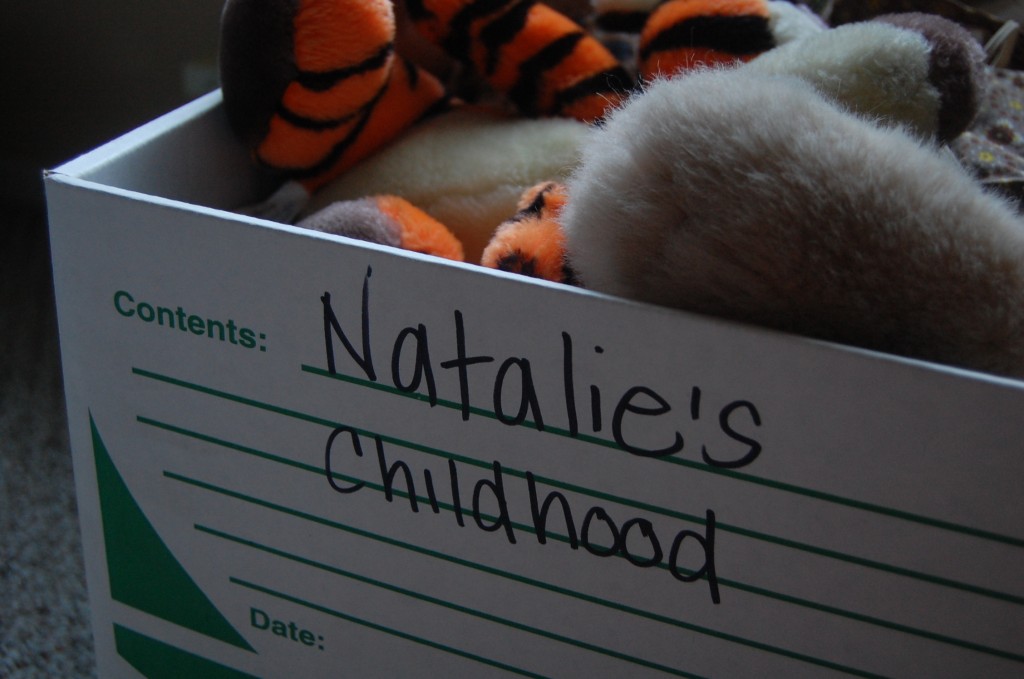 So, what would you keep if you had to pack your childhood into a single box?